What is Muscle Contraction And Why is it Important? 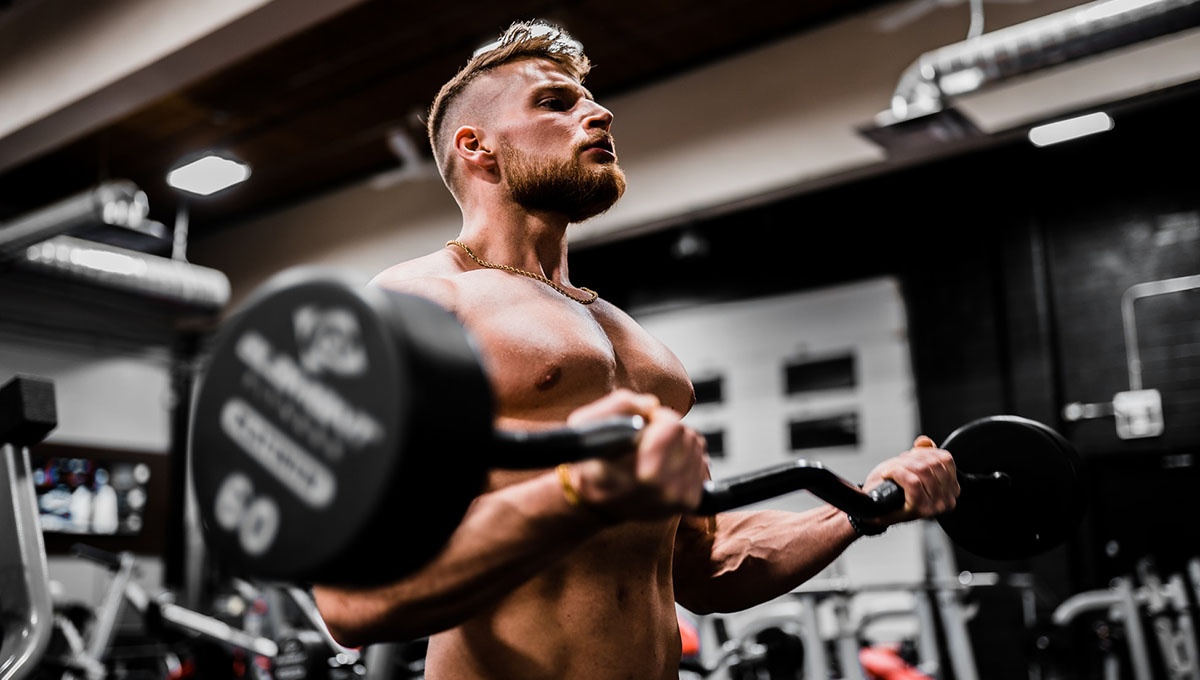 Muscle contraction allows athletes to apply force and tension during a workout. There are different types of muscle contractions that all help you build strength and mass.

How does muscle contraction occur?

When it comes to the biology of muscle contraction, it can me a little complicated; however this article from VitalBody helps explain the process:

(1) A message travels from the nervous system to the muscular system, triggering chemical reactions.

(2) The chemical reactions lead to the muscle fibers reorganizing themselves in a way that shortens the muscle — that’s the contraction.

(3) When the nervous system signal is no longer present, the chemical process reverses, and the muscle fibers rearrange again and the muscle relaxes.

Nearly all skeletal muscle contractions occur as a result of conscious effort originating in the brain, so we decide if we are going to contract our muscles or not.

Having said this, a muscle cramp is an example of an involuntary muscle contraction. These can be caused by over usage or dehydration.

What are the 3 main types of muscle contraction?

The main types of muscle contraction, especially the kind you’ll experience during workouts, can be differentiated like so:

Concentric action involves the shortening of the muscle. The origin and insertion of the muscle moves closer together and the muscle becomes “fatter.” An example of this would be performing a bicep curl, which makes the muscle in your arm bulge.

Opposite to concentric action, eccentric action involves the muscle lengthening whilst it is under tension. The origin and the insertion move further away from each other. Eccentric actions are used when muscles have to slow down body parts and control movements.

If we’re using the bicep curl as an example, the dumbbell will exert force on the muscle as it returns the arm to a lengthened state. The bicep will elongate but stay in control of the weight.

An isometric action is one where force and tension is applied throughout the muscle without it shortening or lengthening. An example of this would be holding a plank position or a hollow hold. The muscle generates force, but there is no movement. Isometric exercises are best for enhancing stabilisation.

Arm wrestling is another good example of isometric muscle contraction, as force is put on both arms to move the other, without shortening or lengthening any muscles.

Why is muscle contraction important for strength training?

It’s important to know about muscle contraction because it is occurring consistently during all functional fitness workouts and exercises. Muscle contraction is an energy-consuming movement, and is essential to strength training.

According to ISSA: “there are two proteins found in sarcomeres. The sarcomere located within a muscle fiber contains two proteins called actin and myosin. They are responsible for forming cross bridges and attaching to each other to create muscle contractions.”

Concentric action involves the shortening of the muscle. The origin and insertion of the muscle moves closer together and the muscle becomes “fatter.” An example of this would be performing a bicep curl, which makes the muscle in your arm bulge.

A combination of eccentric and isometric training is great for building strength, muscle growth, and enhancing rehabilitation.

This protein provides an increased amount of force in eccentric muscle actions. Although found in both concentric and eccentric muscle contractions, titin only willingly performs optimally when skeletal muscles stretch and lengthen.”

All this is important for producing a well-rounded training plan which incorporates all kinds of muscle contraction, but especially eccentric and isometric. This will help you achieve your goals faster, build more muscle, and lift bigger weight.

“The main goal of eccentric training is to increase the time under tension while elongating the muscle. By performing techniques like pause reps during the eccentric contraction you immediately switch to an isometric contraction. Leading to more muscle damage, forcing it to repair even stronger than before.”