The Rogue Invitational happened on October 27-30. 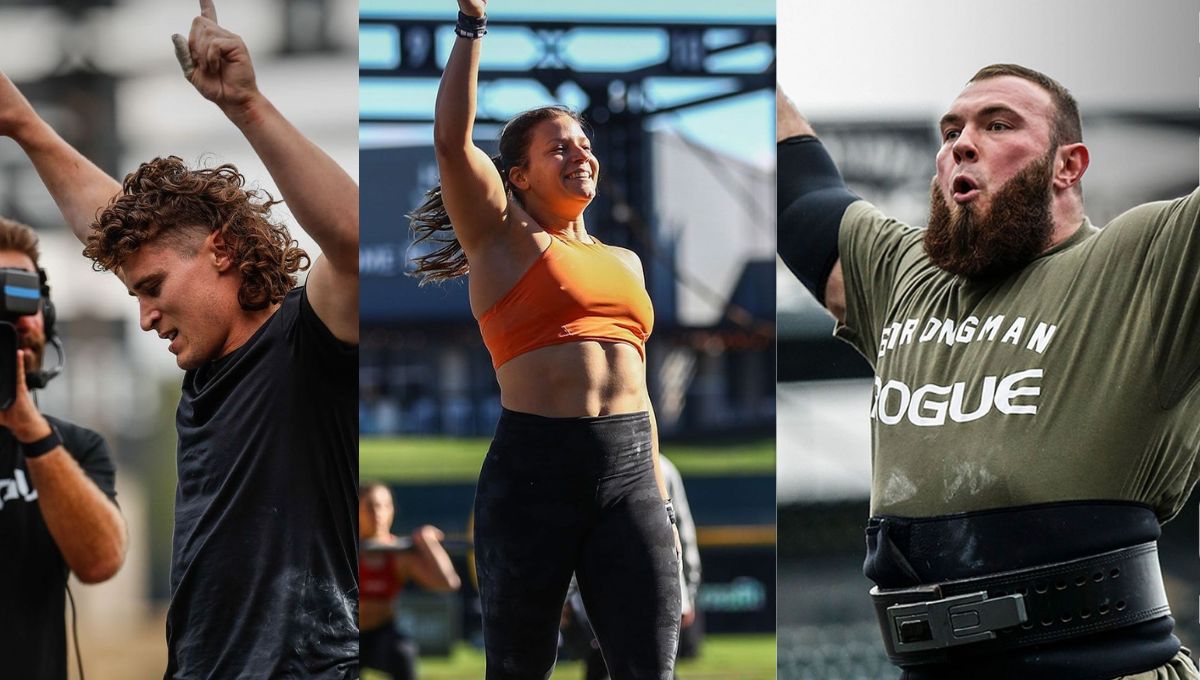 This year’s Rogue Invitational had a surprise event a day earlier than previously reported. On Thursday the competition kicked off with Texas Trail with Danielle Brandon and Jayson Hopper topping the leaderboard.

What followed was three days of events with twists and turns for both men’s and women’s leaderboard. If you missed out on the action, find out how to watch all three days of televised events here.

Justin Medeiros maintained his reign in Texas and was crowned the champion back-to-back. The mullet magic continues as he won the Fittest on Earth twice in a row and the Rogue Invitational as well. This year, following his well-rounded performance from before, he won two events and finished 15 points ahead the second place.

This was Chandler Smith’s comeback story. After failing to qualify for the 2022 CrossFit Games, the CrossFit athlete not only surpassed expectations, but he turned on the turbo on Saturday finishing many events with top-three placement – a highlight was the “Texas Oak” overhead jerk event.

Canadian athlete Jeffrey Adler got the 3rd placement at the 2022 Rogue Invitational after some incredible head-to-head battles with fellow CrossFitters like event 1 and event 4. Halfway through the competition, it seemed he would not make it to the podium after finishing events in 12th, 11th (twice) and 15th. However, it was the last event, his only win, that catapulted him ahead of Pat Vellner to the podium.

Laura Horvath smoked the competition. Without Tia-Clair Toomey competing this year as she is healing from a back injury, Horvath was the favourite to top the podium and she delivered.

She came out on top in events 3, 4, 5, and 6, and finished events 7 and 10 within the top three. At the end of the weekend, she amassed a 55-point lead over Thorisdottir.

This was Annie Thorisdottir’s first time competing as an individual in 2022. The last time she did that was exactly at the 2021 Rogue Invitational where she finished 2nd. She explained she is not sure yet if she will return to competing individually next year or if she will continue her path down the team’s division.

Third place finished with a tie between Ellie Turner and Emma Lawson with the latter taking her place on the podium at the end of the weekend. The last event saw Turner finishing 4th with Lawson finishing 13th. However, Lawson’s 2 event wins got her through at the tiebreak.

You can check out the official leaderboard here.

This year we saw an almost completely new roster of Strongman competitors. Of all 10 athletes, only 3 competed again.

As we reported by BOXROX, Hafthor Bjornsson was looking to make his comeback epic at the 2022 Rogue Invitational this past weekend. He attempted and succeeded at breaking his own weight over bar world record.

Two more world records were broken this weekend at the 2022 Rogue Invitational.

Mitchell Hooper broke the record for Dinnie Stone hold. The stones weight 732 pounds (325.3 kilos) and he held it for 39.85 seconds – the previous record was 37.50 seconds made by Kevin Faires at the exact same event minutes earlier.

Also during the weekend, Kevin Faires who saw his world record being broken in front of his eyes made history by breaking another one: the Thor’s Hammer deadlift. He lifted a hammer weighing 325 pounds (147.3 kilos).

The previous world record was held by Martin Licis set at the Rogue Invitational last year.