The Icelandic athlete also explained that he will no longer box. 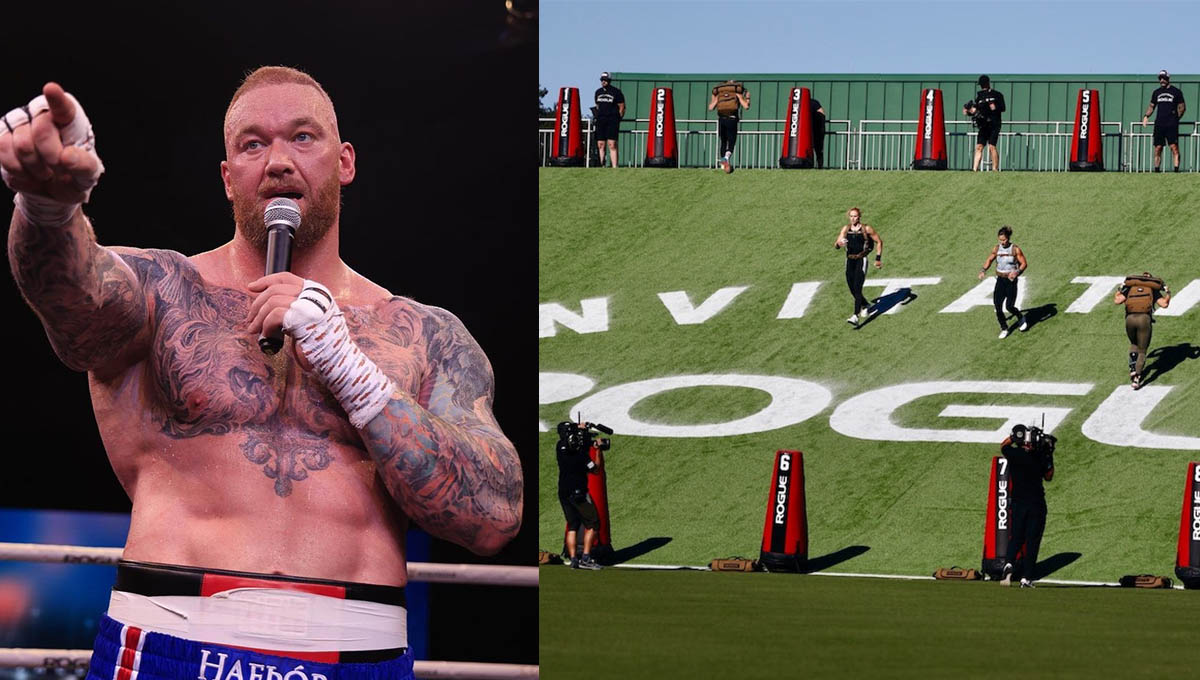 Hafthor Bjornsson said he is no longer pursuing his boxing career, but instead plans a worthy comeback at the 2022 Rogue Invitational by attempting to break his own world record set 3 years ago.

The 2018 World’s Strongest Man told his supporters in a video published recently that his fighting days with a boxing glove are behind him. “I’ve made a decision to move on from boxing, to not compete in boxing again,” he said.

However, fans of “The Mountain” will be able to see him again fairly soon, at the 2022 Rogue Invitational where he will attempt to break his own world record.

Hafthor Bjornsson also explained in the video that he was ready to break his own world record. He currently holds 4 (deadlift, weight over bar, Viking log carry, and elephant bar deadlift).

The world record he will attempt to break is the weight over bar that he set out in 2019 at the Arnold Strongman Classic where he threw 56 pounds (25.4 kilos) over a bar standing 20’2’’ (around 6 metres and 15 centimetres) off the ground.

At the end of the video, Bjornsson tosses 55 pounds over 18 feet without much trouble, so it seems he is ready to take on his own world record.

The Rogue Record Breaker competition is set to happen on Sunday, October 30, the last day of competition at the 2022 Rogue Invitational.

Hafthor Bjornsson also teased a comeback to the Strongman competition. “And then, who knows? Maybe I have to come back to Strongman and break my own deadlift world record.”

Related: 8 Highlights of the 2021 Rogue Invitational