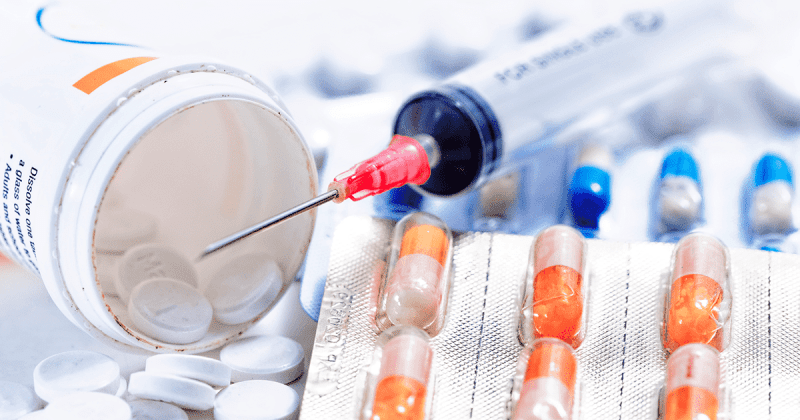 This article explores a selection of banned PEDs in Crossfit on the principle that knowledge is power.

Perfomance enhancing drugs in sports are a controversial and universal reality, but one that must be fought against constantly. The information here is designed to give you an indication of how these drugs affect the human body. It is not difficult to imagine the pressures that could drive an athlete to take PEDs, but when people learn that many SARMS still only have alphanumerical code names because they have not yet been approved for human consumption, and that medical trials had to be discontinued because the test mice were developing cancer, it may serve as a helpful deterrent.

On the final page I have included much more information on CrossFit’s official drug policy and how they rigorously test athletes.

CROSSFIT BANS THE FOLLOWING CLASSES OF DRUGS AT ALL TIMES:

In 2017 Ricky Garard, a 23-year-old from Australia, lost the US$76,000 he’d won for his third-place overall finish and his first-place finishes in the Madison Triplet and Cyclocross events. He was  also been banned from participating in any CrossFit-sanctioned event through the 2021 season, and his invitation to compete in the 2017 Reebok CrossFit Invitational was rescinded. He tested positive for testolone, and a beta-2 agonist known as endurobol.

As you can appreciate my world has come crashing down, it is heart breaking & it's hard to comprehend that I am in this position. . On the pursuit of becoming all I could be as a CrossFit athlete, I looked into ways that could improve my performance legally & within the rules, with no intention whatsoever to be a cheat. . I was taking this same supplement at The CrossFit Games as I did at The Pacific Regionals where I was drug tested?? Therefore, I didn't feel the need what so ever to change anything. I thought I was competing within the rules with no unfair advantage over others. . But, after further investigation & specific testing it has been revealed that the supplement & my limited research has failed me & I have received a positive test. To be clear this supplement was taken in tablet form with nothing ever injected. . Everyone in life makes mistakes, it's how you learn from them that separates the great from the mediocre. These actions don't define me, this sport doesn't define me. It's the lessons & growth of my character that truly matters to me. . In time, I know this may be the best thing that ever happened to me. I wanted the title, I wanted to win & I was willing to do everything in my power to achieve that goal. Not for one second should you take away the hard work, sacrifice, dedication & achievements from my efforts. . At 23 years old I have a lot of years left in my life, I have endured the process, I have & I will become something because of it. . In the end, I am apart of their sport “business” , The CrossFit Games. They have there own rules, guidelines & policies to abide by. I have unintentionally fucked up, their evidence has proven me guilty. I will do my time & continue to own my actions day by day for the rest of my life. . I really hope The CrossFit Games continues to tighten up their testing procedures, enforce the same level of strictness to all other competitors like they have to me & they continue to strive towards a legitimate drug free sport. *POST CONTINUED*

Testolone, also known as RAD140, is a research compound being studied for the treatment of cancer and muscle wasting disorders. It is an orally bioavailable selective androgen receptor modulator (SARM) that has the ability to increase lean muscle mass and reinforce the effects of testosterone.

Endurobol (GW 501516 or Cardarine) is a research chemical developed in the 1990s to prevent and cure tumor formation in the colon, prostate, and breasts. Studies done in the early 2000s have found that GW 501516 and other PPAR agonists have also been able to stop metabolic disorders such as obesity and diabetes through specific gene expressions. Endurobol was also found to have the ability to burn off excess fatty tissue, enhance recovery, and dramatically increase endurance.

Research was abandoned in 2007 because animal testing showed that the drug caused cancer to develop rapidly in several organs. WADA developed a test for GW501516 and other related chemicals and added them to the prohibited list in 2009; it has issued additional warnings to athletes that GW501516 is not safe.