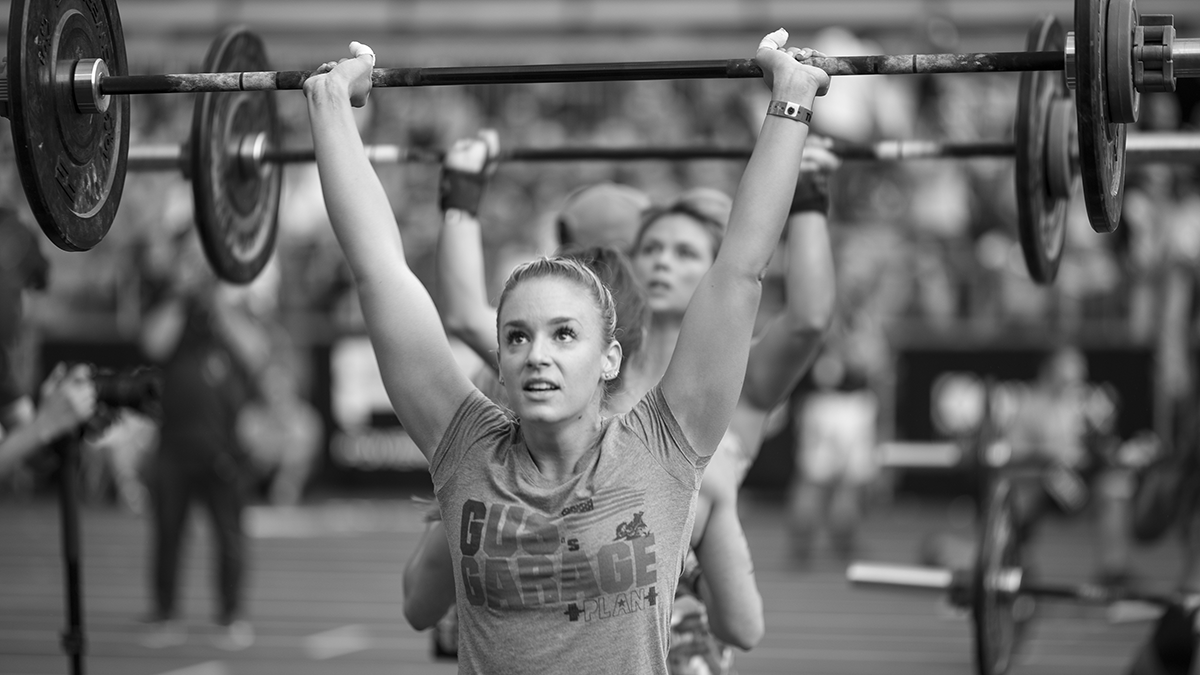 This is part 1 of series of bodybuilding exercises for conditioning.

Many basic exercises used in bodybuilding are great tools for developing strength, power and overall fitness. Usually, you can recognize bodybuilders who engage in these staples (such as squat variations, overhead presses or pullups) because their muscles look more athletic, more akin to the physiques of performance athletes.

All of these exercises are used in general conditioning for various sports and are as well part of CrossFit. Every man or woman who really wants to be (not just look) fit should make sure that they are an important part of their training.

Unlike the strict shoulder press, the push press starts by the bending and subsequent dynamic extension of the thighs. The success of the lift depends on the hip drive, which turns it into a full-body exercise. It is used in weightlifting to teach the proper dip and hip extension for jerks and for building additional strength.

Track and field athletes, footballers, martial artists etc all need high level of explosiveness, which starts at the hips. It can be developed using the push press. Many bodybuilders do the push-press unconsciously, using the leg drive as a way to cheat through the last few reps of strict presses.

Sometimes they use it as the main exercise to stimulate their shoulders with heavier weights and activate more muscle fibres. Overloading is one of the intensification methods used in bodybuilding.

6 Steps To Get Your First Pull-Up