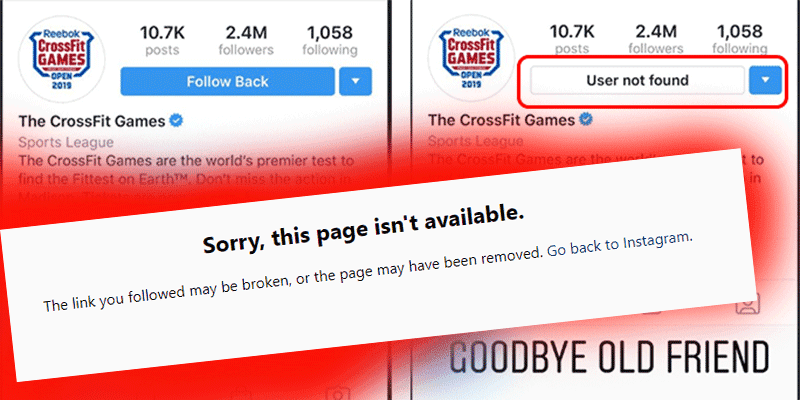 “CrossFit is a contrarian physiological and nutrition prescription for improving fitness and health. It is contrarian because prevailing views of fitness, health, and nutrition are wrong and have unleashed a tsunami of chronic disease upon our friends, family, and communities. The voluntary CrossFit community of 15,000 affiliates and millions of individual adherents stands steadfastly and often alone against an unholy alliance of academia, government, and multinational food, beverage, and pharmaceutical companies.

CrossFit, Inc. defends relentlessly the right of its affiliates, trainers, and athletes to practice CrossFit, build voluntary CrossFit associations and businesses, and speak openly and freely about the ideas and principles that animate our views of exercise, nutrition, and health. This website—and, until recently, CrossFit’s Facebook and Instagram accounts—has long catalogued CrossFit’s tireless defense of its community against overreaching governments, malicious competitors, and corrupt academic organizations.

Recently, Facebook deleted without warning or explanation the Banting7DayMealPlan user group. The group has 1.65 million users who post testimonials and other information regarding the efficacy of a low-carbohydrate, high-fat diet. While the site has subsequently been reinstated (also without warning or explanation), Facebook’s action should give any serious person reason to pause, especially those of us engaged in activities contrary to prevailing opinion.

Facebook and its properties host and oversee a significant share of the marketplace of public thought. To millions of individuals and communities across the world, Facebook and its properties remain the platforms where ideas and information are exchanged. Facebook thus serves as a de facto authority over the public square, arbitrating a worldwide exchange of information as well as overseeing the security of the individuals and communities who entrust their ideas, work, and private data to this platform. This mandates a certain responsibility and assurance of good faith, transparency, and due process.

CrossFit, Inc., as a voluntary user of and contributor to this marketplace, can and must remove itself from this particular manifestation of the public square when it becomes clear that such responsibilities are betrayed or reneged upon to the detriment of our community. Common decency demands that we do so, as do our convictions regarding fitness, health, and nutrition, which sit at the heart of CrossFit’s identity and prescription. To this end, all activity on CrossFit, Inc.’s Facebook and Instagram accounts was suspended as of May 22, 2019, as CrossFit investigates the circumstances pertaining to Facebook’s deletion of the Banting7DayMealPlan and other well-known public complaints about the social-media company that may adversely impact the security and privacy of our global CrossFit community.

These publicly sourced complaints include but are not limited to the following:

1.  Facebook collects and aggregates user information and shares it with state and federal authorities, as well as security organizations from other countries.

3.  Facebook censors and removes user accounts based on unknown criteria and at the request of third parties including government and foreign government agencies.

4.  Facebook collects, aggregates, and sells user information as a matter of business. Its business model allows governments and businesses alike to use its algorithmically conjured advertising categories as sophisticated data-mining and surveillance tools.

5.  Facebook’s news feeds are censored and crafted to reflect the political leanings of Facebook’s utopian socialists while remaining vulnerable to misinformation campaigns designed to stir up violence and prejudice.

6.  Facebook, as a matter of business and principle, has weak intellectual property protections and is slow to close down IP theft accounts.

7.  Facebook has poor security protocols and has been subject to the largest security breaches of user data in history.

8.  Facebook is acting in the service of food and beverage industry interests by deleting the accounts of communities that have identified the corrupted nutritional science responsible for unchecked global chronic disease. In this, it follows the practices of Wikipedia and other private platforms that host public content but retain the ability to remove or silence—without the opportunity for real debate or appeal—information and perspectives outside a narrow scope of belief or thought. In this case, the approved perspective has resulted in the deaths of millions through preventable diseases. Facebook is thus complicit in the global chronic disease crisis.

For these reasons, CrossFit, Inc. has placed Facebook and its associated properties under review and will no longer support or use Facebook’s services until further notice.”¹

What do you think about this decision? Let us know in the comments section below.

¹ CROSSFIT, INC. SUSPENDS USE OF FACEBOOK AND ASSOCIATED PROPERTIES, www.crossfit.com