The potential payout per athlete is one of the highest in the event’s history due to the smaller field. 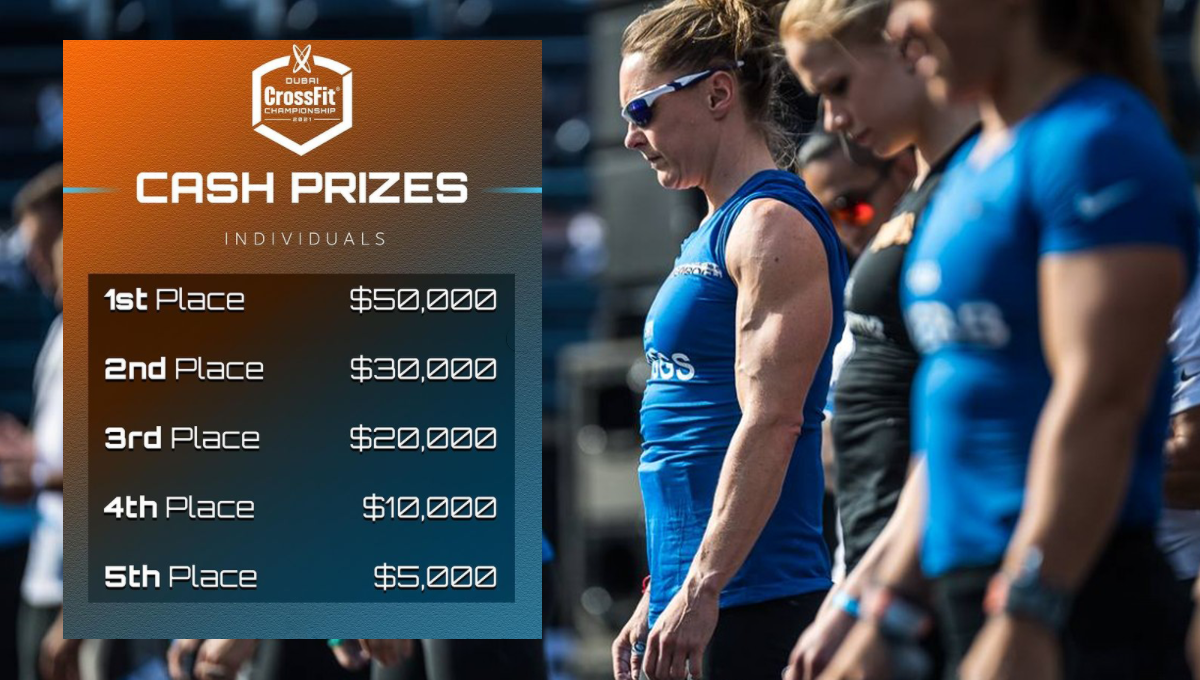 The Dubai CrossFit Championship prize purse for 2021 has just been released.

A lot of money is on the line for the 20 male and 20 female athletes competing in Dubai in December.

The Dubai CrossFit Championship (DCC) is yet to release its combined prize purse, but initial athlete payout details look as follows:

Prize money will also be awarded for every event, with athletes earning:

Prize money will be given to every single athlete, from first to 20th place, and every workout will present an opportunity to earn more.

Note: DCC has increased cash prizes for single events at the last minute in the past.

The competition, which is invitation-only and will feature its smallest field to date, is scheduled for December 16 to 18, 2021. It will take place at the at Dubai Duty Free Tennis Stadium in Dubai, the United Arab Emirates.

The Dubai CrossFit Championship is a three-day CrossFit sanctioned event which brings together some of the world’s best CrossFit athletes.

The 2020 event was cancelled as a result of the pandemic, but the total prize pool planned for last year was $700,000.

The first wave of invites to the Dubai CrossFit Championship has been sent out to the following athletes: