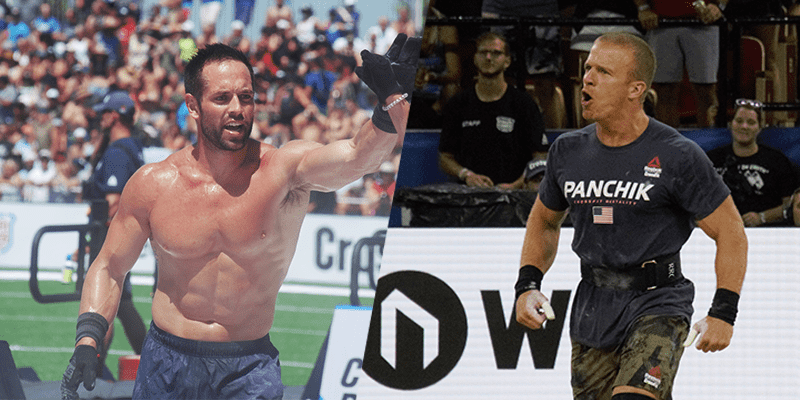 “Here he is,” Rich said on an interview with the Rogue Iron Game. “Looking at his track record he’s super fit, we’d never really hung a ton but we’ve known each other and in the past competed against each other – he’s super competitive.”

Panchik is an eight-times individual Games athlete with incredibly consistent high finishes throughout: 4th, 4th, 5th, 6th, 6th, 6th, 11th and 4th each year. He’s no stranger to team competition and has won the Team Series both in 2014 and 2016.

“I’ve been doing it [individual competition] for eight years and I’m just excited to take on a new venture,” Panchik said. “I’ve always played team sports growing up and enjoyed that and I know being part of team Mayhem is going to give me that opportunity to keep competing for a long time.”

The decision was made before the 2019 CrossFit Games when Mayhem Freedom found out Dre was stepping away.

Froning indicated that the team will fly to England to compete at the CrossFit Strength in Depth Sanctional in January.

CrossFit Mayhem Freedom dominated the 2019 CrossFit Games with six event wins (out of 12) and a point lead of 198 points over second place CrossFit Krypton. The team roster for the 2020 season consists of Rich Froning, Scott Panchik, Tasia Percevecz and Chyna Cho.

The new teammates went head to head last night during the CrossFit Open 20.1 workout announcement in Texas, where Panchik beat Froning with an unofficial score of 9:21 to 9:59.

The victory sets both athletes even on Open announcement wins with four each.

Watch the new teammates face off during the CrossFit Open 20.1 workout announcement: