How You Think of CrossFit Will Change, But CrossFit Won’t

Eric Roza, CEO of CrossFit, knows if his company is to grow some things need to change, but CrossFit has to stay true to what caused so many to join in the first place. 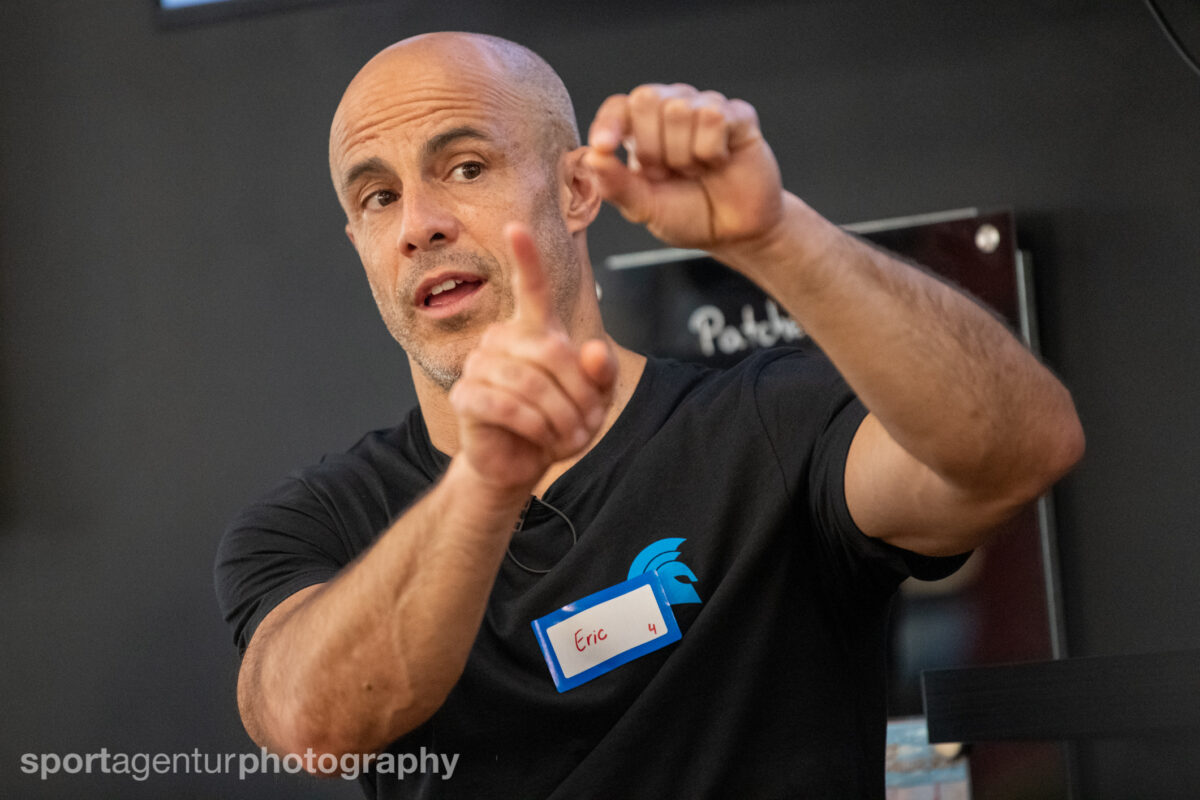 The first wave of CrossFit early-adopters is over. The company’s public image deteriorated rapidly last year and, combined with the devastating effects the pandemic has had on CrossFit boxes around the world, new strategies need to be developed if CrossFit is to continue to grow.

Eric Roza, CEO of CrossFit, knows this well. Since taking ownership of the company in August last year, Roza has looked for ways to get back what was lost and address crucial concerns within and about CrossFit, all the while hoping to keep CrossFit – more specifically CrossFit’s core – the same.

We had a chance to catch up with him on the last day of his trip to Europe earlier in September. Roza is not blind to CrossFit’s issues, its misunderstood public image, and its capricious past, but he’s also a firm believer of the sport’s capacity to change lives around the world for the better.

“I don’t think we can solve all the world’s health problems,” Roza told BOXROX during his trip. “But we know individuals are having their lives changed by CrossFit, there are millions of people that has happened to.

“I don’t know if [CrossFit] will quite save the world, though, but I absolutely think it’s more than a workout.”

It’s hard to speak of CrossFit without its reputation preceding it. The sport – whether we like it or not – comes with baggage. Whether it’s intimidation, presumptions about injury risk, or the company’s baffling moves.

For almost anyone who has heard about CrossFit in passing, the association is that it is a dangerous form of exercise, full of big dudes covered in tattoos dropping heavy weights on the floor – perhaps even passing out in the end.

Up until pretty recently, CrossFit embraced the second part of this image; warning participants of the sport’s lethality if unprepared and adopting Uncle Rhabdo (for rhabdomyolysis) and Pukie the Clown (because exercise-induced vomiting was not rare) as unofficial mascots.

When I was introduced to CrossFit at the start of 2019, I liked to think of it not as an organisation with a reputation that preceded it but as a pubertal teenager in the middle of an identity crisis. An entity that wholeheartedly believed it could save the world, while at the same time trying to figure itself out and dealing with the pains and swings of puberty.

It fought big fights and closed its Facebook and Instagram accounts without warning. Its public image came uncensored, full of big dudes being tough (or the complete oposite with older people lifting water jugs to soothing piano music in an old living room), and cartoons of semi-naked women bowing to the “ills of modern medicine”.

CrossFit had two separate messages to spread; one, that it was the toughest exercise regime in the world and broke fit people to bring them back up, and two, that the world was facing a health crisis that could be solved through CrossFit (known as “an elegant solution to the world’s most vexing problem”).

Even within CrossFit as a sport methodology there are two concepts: there’s the mind blowing feats of athletes in CrossFit the televised sport, and there’s the CrossFit box your grandma joined to be able to carry her groceries upstairs.

If you’re coming to CrossFit from the outside, it’s hard to reconcile these are the same thing.

On the ground, diverging standards between CrossFit Boxes don’t do much to help.

I always enjoyed working out, but it was hard to escape the company’s politics. And while all this was irrelevant as soon as you picked up some weights, outside the Box it was impossible to tell people you practiced CrossFit without at least getting funny looks.

A great deal about CrossFit is right, but you have to already be involved in the sport to know that.

CrossFit has changed millions of lives around the world. It changed Roza’s to the point where he sold his data analytics company and decided to spend his life in areas making people healthier and happier.

Since the change in ownership, CrossFit is working to become “the world’s leading platform for health, happiness and performance”. Some people will do it only to get a good workout in, but there’s more value to joining CrossFit than just the experience in the gym if you’re after health and happiness as well.

There are also indispensable parts of the methodology; the community, the workouts, how hard we push ourselves – the constantly varied functional movements done at high intensity.

Once you start working out, everything that needs fixing becomes irrelevant. And no matter where you are in the world, once you get into a CrossFit gym everything is more the same than different, you look inside and do the workout and you could be anywhere.

CrossFit’s next move is “about bringing CrossFit more into the mainstream without it all compromising the methodology,” Roza said.

“We want to make CrossFit more and more accessible to people,” he continued. “Part of that is what happens in the gym every day, and part of it is the way we talk about CrossFit and the imagery of CrossFit.”

Practically, the way this change happens is from the bottom up and the top down.

Bottom up means the experience people have every time they work out. By ensuring that you feel safe wherever you train, people are more likely to continue to turn up and bring their friends along. Be inspired by the experience and find ways to share the love.

There’s only so much CrossFit LCC can do to ensure quality across the board, but they’re trying with initiatives such as the Affiliate Playbook, Roundtables and quarterly Town Halls. The idea is to provide all Affiliate owners tools (not rules) to become more successful and up their standard.

From the top down, Roza and his team are working on presenting a new CrossFit from a marketing standpoint and telling that story globally. The team is aware of the incredible transformations happening in Boxes, but stories from the CrossFit Games still get ten times the exposure.

“We’re going to do a lot more to tell these transformational stories in a way that they rise up above all the noise down here and can really be heard,” said Roza. “More and more of the stories we will be telling in our media will be about normal, everyday people who are seeing their lives change with CrossFit.”

As it happens, the organisation’s first Chief Marketing Officer started her role this month, her aim to make CrossFit just as exciting while making it more accessible and less intimidating.

“There’s no one thing or two things you need to have to be a CrossFitter; you can be any age, you can be in any country, you can be in any physical condition,” Roza reiterated. “But people who don’t do CrossFit don’t necessarily know that yet, so there’s more we can do to tell that story.”

More than a workout

As the world’s perception of CrossFit changes, the organisation will also focus bigger efforts on CrossFit Health, the CrossFit Foundation and its training business.

While it’s okay for some people to be part of CrossFit simply because they enjoy the workouts, for others it has been and will continue to be a lifeline.

The company has a leader who didn’t buy it as a financial gamble but deeply cares about growing CrossFit, and has the tools, contacts and experience to make his mission a success.

“I ran a data and analytics business for digital advertising and I just couldn’t get excited about the mission of the company at some point,” Roza told me during our interview. “And I thought about ‘what would I do if I could do anything,’ without worrying about whether it was practical or not for me to try to think about that.”

He kept coming back to wanting to make people healthier and happier. Practically, that meant leading CrossFit one day.

“Having the duty to bring it to more people is a really powerful thing,” he said.