This last weekend was full of action with sanctioned events happening in Europe and Asia, and invites to the CrossFit Games up for grabs.

The CrossFit Italian Showdown is the biggest CrossFit event in Europe and takes place in Milan. Athletes from over 20 countries gathered in MalpensaFiere to compete in this unique event.

Russia’s Roman Khrennikov and Erin Vandendriessche, from the US, have secured a spot at the 2019 CrossFit Games after the event.

After the first day of the CrossFit Italian Showdon, the 1,000 athletes that competed were reduced to 280, with Americans Noah Ohlsen and Stephanie Chung leading the senior competition. Chung was followed closely by Amanda Goodman.

The top 100 elite men athletes and top 60 female elite athletes then advanced on to day two, where the scores were whipped clean.

With empty leaderboards, it was Roman Khrennikov leading the elite men competition at the end of the second day, followed by Scott Panchik and Lukas Esslinger. Roman had qualified for the Games last year but couldn’t attend due to Visa issues.

Feeroozeh Saghafi finished the second day on the top of the elite female leader board, with Stephanie Chung second and Erin Vandendriessche ranked third.

All advanced to the showdown on the men’s elite category.

Were the top-five women to make it to the showdown, which looked like this:

Russia’s Khrennikov won all but the second showdown events, crowning him overall winner of the CrossFit Italian Showdown. 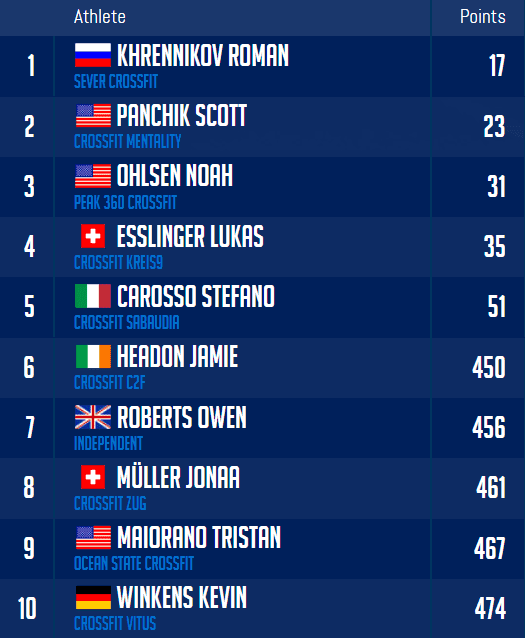 On the women’s side, Angonese won part A and D of the showdown workouts, but with a DNF in event C she dropped down to 4th. It was Erin Vandendriessche, finishing consistently on the top, who won the event and with it an invite to the 2019 Games. 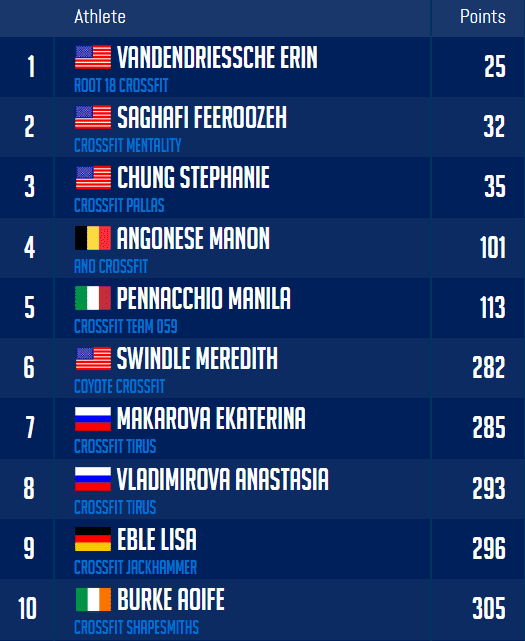 Have a look at the final leader board here.