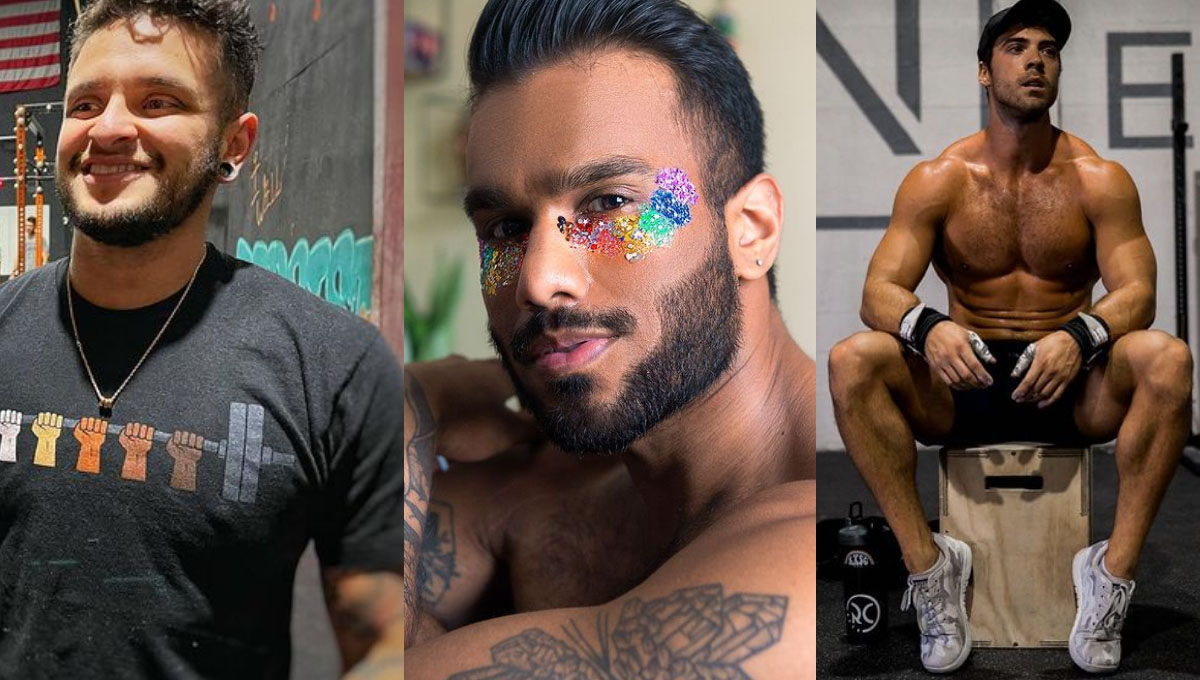 It’s June, which means it’s Pride Month! All month long organisations, communities and LGBTQ CrossFit athletes have been coming together to celebrate and support the LGBTQ+ community, both in and out of the gym.

CrossFit, compared to many other sporting communities, is one of the most progressive in terms of their inclusion policy, especially in more recent months.

One of the biggest victories for LGBTQ inclusion came all the way back in 2018. Thanks to the voices of trans athletes, CrossFit announced that transgender athletes would be allowed to compete in the CrossFit season as the gender they identify.

“In the 2019 CrossFit competitive season, starting with the Open, transgender athletes are welcome to participate in the division with which they identify,” said former CEO Greg Glassman.

“This is the right thing to do. CrossFit believes in the potential, capacity, and dignity of every athlete. We are proud of our LGBT community, including our transgender athletes, and we want you here with us.”

CrossFit is unique in that it attracts all kinds of people from various backgrounds, and has become a home for many queer people who value the community and lifestyle. Support from organisations like the Out Foundation have helped make this happen, as well as the visibility and work of the following athletes.

6 LGBTQ CrossFit Athletes You Should Know About

Visibility can be a powerful tool for marginalised communities, so here are six queer athletes helping make CrossFit the awesome and inclusive community it is.

Nuno Costa is the only out gay man to have ever qualified for the CrossFit Games. The coach and Masters athlete has been involved in CrossFit since the very beginning, qualifying for the Games alongside CrossFit Invictus four times. He also came 4th in the Men’s 40-44 Division in 2019.

Costa overcame a lot to get to where is now, including addiction and coming out as gay. His journey is the subject of the short CrossFit documentary you see above, which was originally shared in 2016.

“A lot of us didn’t feel comfortable in high school athletics because they weren’t the most gay-friendly places to be,” Costa said. “But at CrossFit, it doesn’t matter who you are, it’s all about fitness and community.”

Spearheading the movement for trans inclusion, Chloie Jönsson famously filed a $2.5 million lawsuit against CrossFit in 2014 after the company refused to allow her to compete in the women’s division in the CrossFit Open. The lawsuit sparked the policy change to allow trans athletes to compete as their desired gender.

“It’s so crazy to hear you say that I started a cultural conversation or a cultural shift,” she told the Advocate. “I just knew it was wrong. If they were going to treat me this way, there were going to do it to others, too.”

While Chloie doesn’t compete anymore, she is the Board President of the Out Foundation, which works to eliminate the barriers LGBTQ athletes face in sport.

Dillon King is the founder and coach of Flambeaux CrossFit Metairie, just 10 minutes outside of New Orleans. He and his wife Missy opened the box to provide a safe space for LGBTQ CrossFitters in the Deep South; a place historically hostile towards queer people.

Dillon has been involved in CrossFit since 2013, and transitioned in 2014. He became a founding member of CrossFit’s new DEI Council earlier this year. He is also a father, and president of the Out Foundations New Orleans chapter.

Speaking to other box owners in an interview with the Advocate, Dillon said:

“Acting neutral does not help LGBT members feel at home in your box. Engaging in the conversation — it helps people feel heard and genuinely cared for, and builds the sense that your box’s community is for everyone not just the heteronormative.”

CrossFit Games athlete and member of PRVN Fitness, Alec came out at gay in an emotional Instagram video in 2019. He is one of the few athletes to publicly come out, and the announcement was met with huge love and respect from the CrossFit community, including from fellow athletes Pat Vellner, Dani Speegle and Noah Ohlsen.

In an IG post for National Coming Out Day, Alec stands proudly alongside his partner with the caption:

“It’s been a little over a year since I “came out” and my life has changed so much. If you’re going through the same thing, know that you’ll always be loved and accepted by so many. Be yourself, your heart will thank you”

Known for his gymnastic ability, Smith is a 4x Games veteran in the Teams division, and recently came 15th at this years West Coast Classic.

One of the most famous athletes in CrossFit history, Sam Briggs has been with her equally fit long time partner Nicole for many years. The 2013 CrossFit Games Fittest on Earth is an advocate for the Out Foundation, and helped raise money for the organisation during the 2021 CrossFit Open.

Sam’s success has made her one of the most visible LGBTQ athletes both in and out of CrossFit, however her sexuality has never been an issue in her rise to fitness fame; with most media opting to focus on her incredible achievements over her personal life.

Out and proud, Reshad Asgarali became well-known in CrossFit circles after he lost a huge 105-pounds by cutting out booze and taking up functional fitness.

Asgarali says he avoided exercise because of fear of harassment, which results in his weight gain. However, despite being initially apprehensive of CrossFit given it’s “hyper macho” reputation, Asgaralui says it has been the “most life-changing fitness change I’ve made.”

“I’ve made some of my closest friends from CrossFit. It’s such an open, inviting community,” he told Men’s Health. “It gives you the accountability of seeing these people every morning at 6 a.m., and then becoming your wolf pack. We push each other, but at the same time, we’re super supportive and it’s never in a negative way.”