The 24-hour Murph World Record has been broken once again! 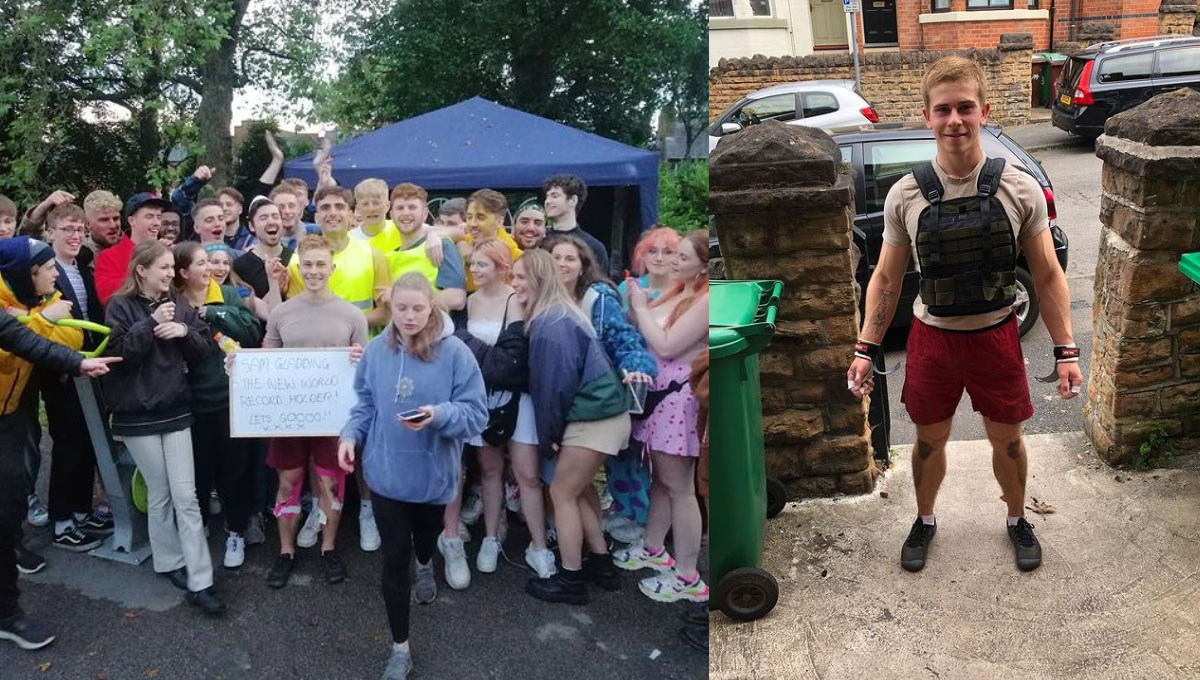 The Benchmark Hero Workout has become tradition in the CrossFit community, usually performed on Memorial Day in the US to pay tribute and honor those who made the ultimate sacrifice while fighting for freedom; including the WOD’s namesake Lt. Michael Murphy, a Navy SEAL who lost his life in 2005 in Afghanistan.

The enormous effort saw Gladding pull off 19 Murph workouts in 24 hours. For those perhaps unfamiliar, one Murph consists of the following:

“Health and fitness has always been a huge part of my life,” Gladding told BOXROX, “During the national lockdown in May/June 2020 I completed a 30 Murphs in 30 Days challenge. This sparked my interest in CrossFit and I began including it into my training regime.”

Around the same time, Sam’s little sister Sienna was diagnosed with Leukemia. She was admitted to the Starship Children’s Hospital in Auckland, New Zealand and this inspired Sam to take on a brand new Murph challenge to help support the organisation what was currently supporting his sister and family.

“The Starship Children’s Hospital have been tremendous from the start,” he said on his JustGiving fundraiser, “They are giving the best care, love and support, not only for Sienna but for the whole family, as well as providing medical treatment that is second to none.”

Before Sam gave the Murph World Record a shot, the current record was held by French athlete Tanguy Cruz, who managed to complete 18 Murphs in 24 hours in November 2020. That was the number to beat.

Kicking off at 0600 on Friday, his friends and family helped document the day on Instagram.

“The hardest part was definitely around 12 hours in,” Sam told BOXROX, “I had done 11 Murphs with no rest as I was feeling strong, but then I took my first break. I hit a massive wall, threw up twice and just couldn’t get moving again. Every sip of water or bite of food just came straight back up so I couldn’t stay hydrated or refuel. I was running completely on empty from about Murph 12-15.”

“Doubt started creeping into my mind but I had to push it out and go to a place in my mind that I hadn’t been before. The rest was just a blur but I somehow managed to complete the rest of the Murphs and get the World Record.”

After a grueling 22 hours and 27 minutes, Gladding managed to complete 19 Murphs, breaking the previous world record of 18 Murphs and finishing at 0427 on Saturday morning.

“I think that just proves to anyone wanting to push themselves that your body is capable of so much if you can get your mind in the right place. I put a lot of work into preparing for this challenge mentally, with meditation, cold exposures and visualisation, and I’m so glad that I did because that’s what it came down to in the end.”

Sam’s effort is truly inspiring, and he has so far raised well over his £1000 goal. However if you think what Sam did is impressive, or the charity resonates with you, you can still show your support for the Starship Children’s Hospital and donate here.