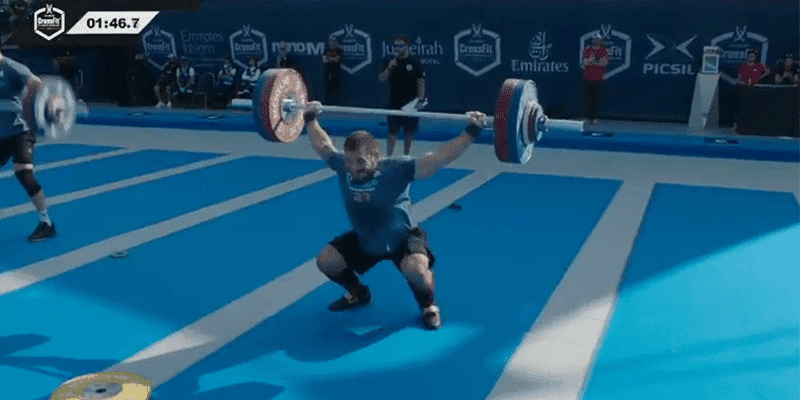 5 minutes to establish a 1RM Snatch

THE ACTION FROM THE FLOOR

In the prior heats South African athletes Ruan Duvenage and Jason Smith both tied at the top with 136kg on the bar. Griffin Roelle from CrossFit Dwala hit 135kg as well in an earlier heat.

Smith put up large numbers with his first lift, opening with 120kg, before working his way up to 136kg. With only seconds remaining he loaded up 140 but missed the lift. 136kg matched his lifetime PR. 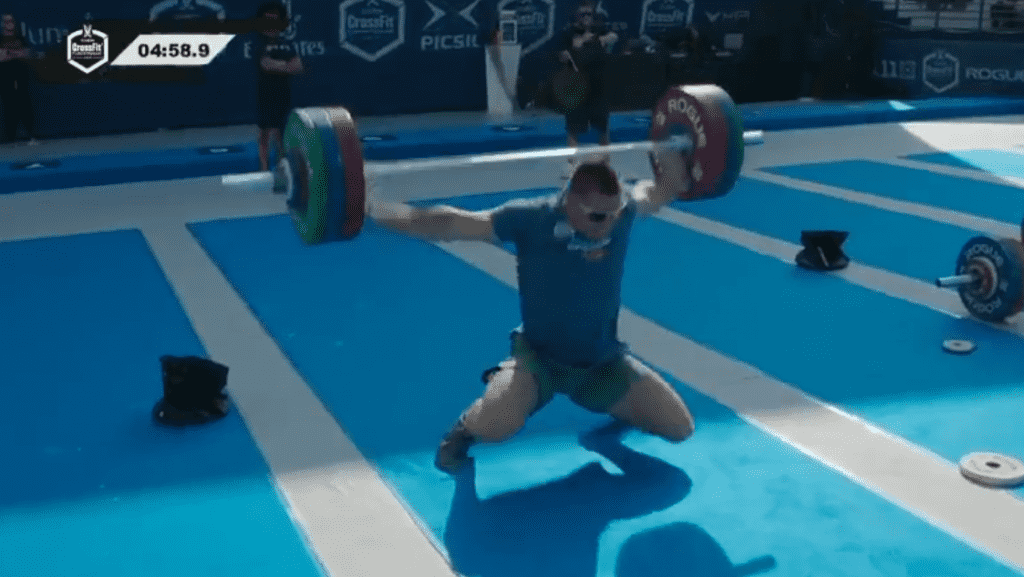 Next, he loaded the bar with 136kg, before changing his mind and adding an extra 1kg to bring the total up to 137kg. This intelligent tactical decision allowed him to beat the previous lifts in the most effective way possible. At all times he was acutely aware of all the other athletes around him and exactly what they were lifting.

He composure was calm throughout the lifting period, apart from when one cameraman got in his line of sight to the clock and he shouted him out of the way.

The leader from Day 2, Willy Georges from France, nailed a convincing 135kg, and BK also looked strong and composed.

Click to -32:52 to watch the final heat with Fraser, Mayer, BK and many more. 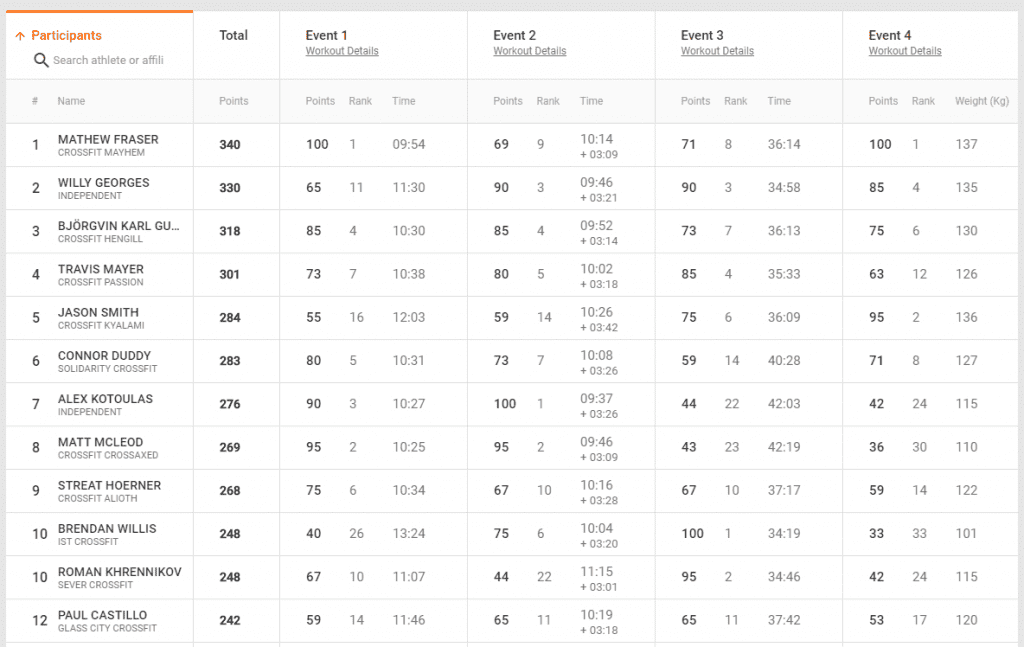