Plyometrics goes beyond explosive power and speed to help you prepare for sport and its demands. 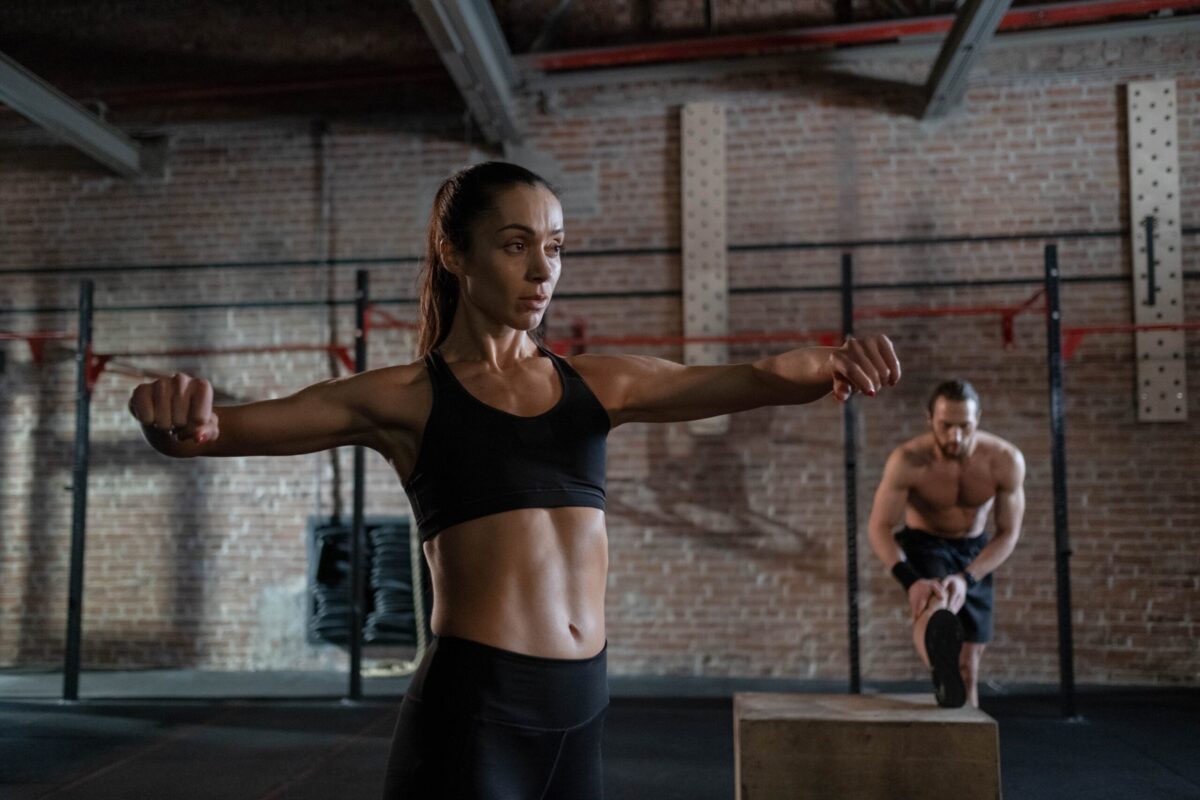 Plyometric training is often pigeon-holed as a training method that only increases things like explosive power, reactive strength and speed. What athletes miss is that plyometrics can be used to effectively prepare them for sport and, more importantly, train beyond its demands to reduce injury risks.

If you’re not too familiar with true plyometric training here is a simple example and explanation:

‘Plyometrics are exercises that consist of a landing and takeoff sequence that must be completed in under 0.25secs, as fast as the blink of an eye.’

The lightning-fast contact time is also met with landing forces that can range from 5-10+ times body weight. To put that into perspective, as an 80kg male you could be dealing with forces in excess of 800kg which is something you could never replicate in the weight room.

Plyometrics come in many variations and these extreme forces can also be experienced on a single leg.

Plyometrics go beyond the demands of the sport

Plyometrics are the epitome of going beyond the demands of a sport. When an athlete is met with scenarios within the competitive arena that they have not met before, whether that’s physically, mentally, or emotionally, systems have the potential to break down.

Often the competitive mind will kick into overdrive, so when you’re met physically with exercises or movements that acquire extremely high forces and load, the body needs to be prepared to deal with it.

One of the big mechanisms that plyometrics enhance for going beyond sporting demands is breaking down the inhibitions built into our nervous system that tell us to flex our joints when the body is exposed to high forces. You’ll see extreme examples of this when someone falls from a height above 2-3 metres and collapses or rolls out of it (note; when moving at speed, collapsing at a joint is often ineffective for utilising force to enhance performance).

The body’s inhibitors sense the forces are likely to catastrophically injure the major joints if the energy is not dispersed, so it flexes or continues momentum with a roll out as seen in sports like parkour. Whilst plyometrics dampen these inhibitors to send such signals, it also creates adaptations and growth of the tendons to handle greater forces to improve performance.

If you’re not familiar with the function and properties of a tendon, then you should know that when a tendon is developed through highly stimulating landings it becomes super stiff and resilient.

Although it’s classed as a soft tissue, tendons are dense and rope-like which is very different to muscle. So, when tendons go through plyometric training they can become the driver in explosive and powerful movements due to their elastic nature.

Even in movements like Olympic lifts, the dynamic contraction of a muscle can pull extremely fast on the tendon, which also produces its own output of power contributing to the lift (remember that these outputs from the tendon are passive and only the muscle is voluntarily contracting, so when effectively trained this can add significantly to the overall power of the movement).

Think of the example of pulling on an elastic band and letting it fly off your finger, this is a similar reflexive effect that happens at the tendon when the muscle pulls on it.

If the tendons aren’t trained plyometrically then it’s likely they don’t possess the stiffness you wish for and won’t contribute as much to power production.

What’s also important to consider is how plyometrics can support all forms of running within an event. Whether it’s having to sprint from one movement to the next or having to complete an endurance-based running event, the ground contacts all have a large crossover with plyometric landings.

At no single point during a CrossFit workout are you likely to see landing forces in excess of 5-6 times body mass. Similarly, you won’t see this in world class sprinting. But the use of plyometrics adds to muscle and tendon resiliency whilst enabling the athlete to produce exponential force, which is all part of improving performance (Komi, 2008).

By delivering more force into the ground you are able to produce larger stride lengths (note: during a 10km race you can take up to 5000 strides, so hypothetically, by adding just 5-10cm to each stride length with plyometrics [5000s X 5-10cm= 250-500m further distance ran] there’s a potential of dropping 1-2 minutes off your time without any further added metabolic/cardio sessions) which is going to cover ground faster than your opponents.

Here are 4 different movements that you can add to your training 2-3 times per week that can help maximise the contribution of your tendons and to provide resilience towards future potential injuries.

Returning from injury with plyometrics

Injuries of the lower leg, especially the ankles and knees are often the result of a previous injury. Some statistics suggest that >70% of athletes that sprain their ankle, reinjure it again within the next year (McKay et al, 2001).

Common issues with return to play rehabilitation programs are that they’re not completely followed through with and/or do not possess skill-integrated relearning of how to land and takeoff again (basic forms of plyometrics).

For example, once the soft tissue of an ankle sprain has healed, most athletes return back to competitive sport immediately. What most don’t realise is the effects a sprain has on the signals our brain sends to the lower limb for subconscious patterns that prepare us for landings. The neural pathways that send these signals are often damaged and therefore require a “rewiring”.

Without this stage of relearning how to land subconsciously the stability decreases in our lower limbs and ankles especially, which often leads to an ineffective use of power into the ground but, more importantly, increases the risk of injuries like ankle sprains and potential foot issues.

Integrating lower level/lighter versions of plyometrics can be an effective way to bridge rehabilitative programs and more sports-specific exercises (Chmielewski, 2006).

The neural relearning process is around 6-8 weeks before the brain remaps patterns for the receptors in the lower leg to understand where the body is in space, and what to do when the foot receives load when landing.

What you will often find too when using a plyometric landing protocol for return to play purposes is that athletes often feel like they move better than before their injury due to not having this kind of exposure to plyometrics.

Read more: 3 Important Lessons from Zack George on Coming Back from Injury

Plyometric exercises for returning from injury

Here are some light versions of plyometrics that you can use when returning from injury or just wanting to improve performance in general. Make sure that a baseline level of running has been established for taking on these movements.

These examples are just a small group of movements that can be added to your training program and can also be played with in terms of their direction, stance, and intent to create your own variations.

The important underlying point is remapping the brain to the lower leg by using large variations of movements in an extensive lower intensity format, before reintroducing high intensity exercises.

Plyometrics can be a great way to reduce the risk of injury by preparing the body to go beyond the demands of sport.

It has a unique relationship with the skills of human locomotion and the patterns that we go through when we land and take off.

This can be a key element of your training that can offer a large transfer from return to play rehab and sport-specific intensities that could be the difference in reinjuring a site or catapulting your performance to a new level.

Plus Plyos is a coaching business that provides expert knowledge around the areas of plyometrics, speed and power training. The platform offers programs for developing many of the qualities mentioned above and we have CrossFit athletes from all over the world using our systems to return from injury and develop world class abilities.

Go check it out at plusplyos.com

Who is the author? Matt McInnes Watson is a performance coach and specialist in track and field, speed, power and plyometrics. Matt is the owner of Plus Plyos, a coaching business that provides plyometric programs and education. He is studying for a PhD in Plyometrics whilst teaching in the United Arab Emirates and coaching athletes from the U.K. and U.S.