"Heading to the last bar I didn’t think I could power clean it and was 90% sure that if I squat cleaned I’d shit my pants. “Anything for points” I whispered..." 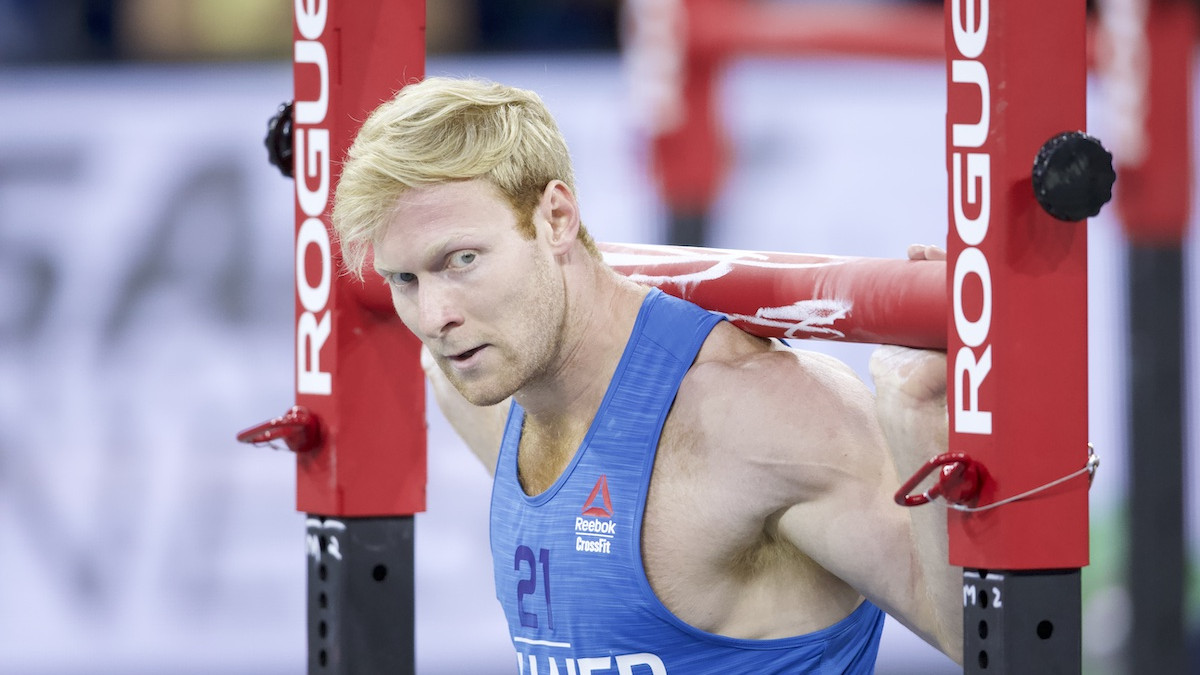 Pat Vellner is posting event recaps from each event at the 2021 CrossFit Games. Event 6 is exceptional. Read his full text below:

I’m gonna do 6/7 separately even though, let’s face it, they were the same event. Trust me it’ll be fun.

When dave announced these we told him as much and he assured us that they were very different. They weren’t.

One thing became really clear really fast though, and it was that they obviously neglected to test these workouts, like at all.

The first heat of men went and I snuck a peak to see how things would go. A couple dudes were motoring pretty good but basically didn’t even get a sniff of the last bar. The cap was very tight. We would have to run hard.

So far on Friday I hadn’t really been able to eat much and my guts were in a bad way. Let’s just say I made many trips to the bathroom.

As we got called onto the floor I quietly wished I’d made another, but convinced myself I’d be fine once I started running.

@fikowski was being an all time D bag and punching all the inflatable dummies when he ran by so that they’d bounce back and hit whoever was running behind him. Spoiler alert: it was me.

I ate 2 or 3 of them before I was able to pass and made a mental note to ask him later if this was a strategy or if he just enjoys running like a truck.

The event came down to the last bar, and I don’t wanna make a big thing of it, but as I ran into the coliseum I really wished I went to the bathroom.

Heading to the last bar I didn’t think I could power clean it and was 90% sure that if I squat cleaned I’d shit my pants. “Anything for points” I whispered, but as I pulled the bar I went super soft in the bottom. Call it survival instinct. A pair of shorts saved, but several points lost, and now I’m on a highlight reel of @justinmedeiros34 hitting a sick ass clean as Brent and I crumble like the dusty millennials we are.

I still toss and turn at night wondering if I made the right decision.

Anyways I went straight off the floor to the bathroom. Crisis averted.

Oh well, onto to the next one.