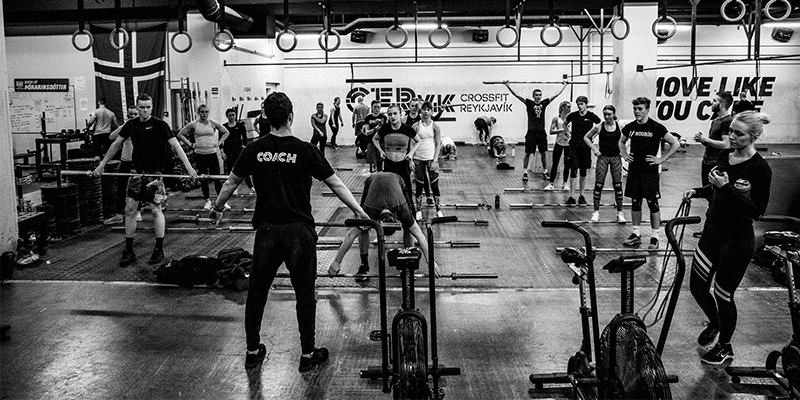 -The text below was originally intended as an open letter to Dave Castro, written by CrossFit Level 1 Coach at Crossfit Reykjavík, Eggert Ólafsson-

Director of the Games, CrossFit Inc.

I address this letter to you even though you might not be the only one who programs the Open workouts. I address this letter to you because you are the face of the Open and most people, within our community, associate you with the Open.  This letter will solely focus on the Open workouts for teenage athletes. I would like you to forgive all grammar errors you see in this letter, English is not my first language. I would also like to add that my opinions are “my opinions” and don’t necessarily reflect the opinion of the CrossFit box where I work as a coach.

For the past couple of years the Open has been the first step for everyone who wants to compete in the sport of CrossFit. Until recently, athletes who did well in the open were invited to Regionals and from there they could qualify to the Games. Nowadays, athletes can qualify to the Games directly through the Open. They can also qualify through Sanctionals. In the age division there is a different story. In the age division, the top 200 males and top 200 female athletes from each division qualify for the age group online qualifier. The top 10 male/female athletes from each division in the online qualifier qualify for the games. The Open has no say in the online qualifier leaderboard (I will get back to this point later).

In the article: “The Open: What, When, Where and Why”  published by Crossfit HQ they explain that the Open is for everyone. I agree with this statement for most people, if they leave their ego at the gym entrance they should be fine. However, I strongly disagree that the open is for teenagers. In my opinion the Open is non-ideal for teen athletes, I will try to explain my stance as well as I can. In my gym we have around sixty 13-17 year old athletes. Every Friday during the Open, we have the Open workout as WOD. When I’m addressing my concerns for the teen athletes I’m not only thinking about the teens at my gym. I’m also thinking about the teens in other gyms and teens who are doing this on their own.

When I say dangerous I don’t mean life threatening, what I mean is that if done incorrectly they can easily lead to injury. Teenage athletes are more fragile than adult athletes. They are often growing at a very fast pace and their hormones are all over the place. These grow spikes can often lead to injury, so you have to be more careful when programming for teenagers. Their knees are a special concern, their legs have grown in length and their leg strength has not caught up yet. Also their motor patterns are not as refined as adults, of course there are exceptions. Movements like pistols are dangerous for teens. I will give ring muscle ups a pass because most likely if they are strong enough to do a muscle up then the movement isn’t dangerous.

The barbell is too heavy

So if you think the movements are too dangerous and the weights are too heavy why don’t you make your teenagers do the scaled version?

I do! BUT… The only way a teenage athlete can qualify for the Age Group Online Qualifier is to do the Rx version. If you scale the workout then you have no chance of a top 200 spot. So a lot of teens insist on doing the Rx version. I know I can make them do the scale version if I really have to. The only problem is that most teenagers who do the open are not in my gym. I have no idea what teens in other gyms are doing. And we can only guess what independent teens are doing. So if a teen wants to qualify for the Age Group Online Qualifier they have to do the Rx version. Many teenagers want to make it to the Online Qualifier because it’s one of the few competitions they can compete in.

So finally we arrive at my question. How should we program for teen athletes? When programming the teen classes we must take into consideration that there are a lot of different teenagers who can handle different levels of volume and intensity. The difference is often a lot more than the difference in adult classes. Also they are more prone to injury which means we must avoid some movements and do less of others. My question is: how can we program those classes so that the teens can handle the super high volume/intensity/skill that we see in the Open. In my opinion you can’t. Some teens can handle the amount of volume and intensity necessary to handle it, but most can’t. This brings me to the next and final point, a solution.

I personally don’t like criticism without a solution. I have been thinking a lot about this ever since the Open ended, I have a suggestion on how this can be changed. Drop the Rx version and only have one version, the scaled version. Like I said earlier, the Open has no say in the Age Group Online Qualifier leaderboard. The teen athletes who end top 10 in the Online Qualifier would, without a doubt, be top 200 in the Open no matter the workouts. The Online Qualifier is already very heavy and has many high-skill gymnastic movements. So making the Open easier for teen athletes would make zero difference on who makes it to the Games. In this version, only the kids who can handle the volume and intensity of these weights and movements would be performing them in a competition setting. Only the teens who showed great capacity in the Open would be performing heavy lift and high skill/risk gymnastic movements.

Making the Open easier for teenage athletes would make the Open a better experience for most teen athletes and a lot safer. The athletes who qualify for the AGOQ are more likely to handle the weights and high skill gymnastics. Also, no matter how easy or hard the Open is, it has no effect on who makes it to the Games. So why not make the Open safer?