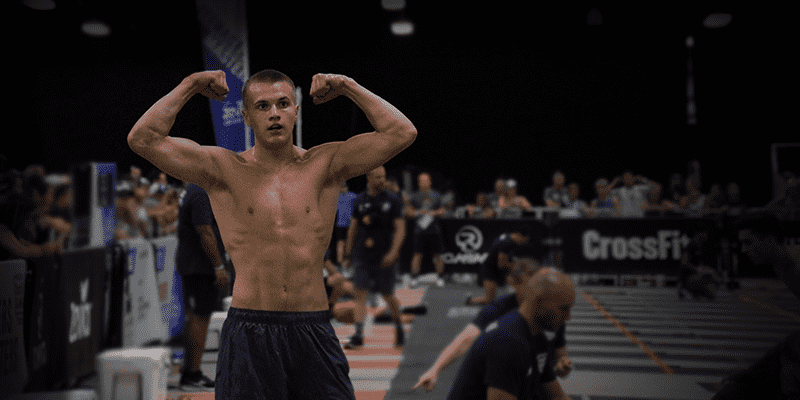 When we think of Iceland and its amazing CrossFit athletes, it’s probably household names that come to mind. Somehow, the little island with a population of under 360,000 (in January 2019) has produced some of the best CrossFit athletes in the scene. Annie Thorisdottir, Sara Sigmundsdottir, Katrin Davidsdottir and Bjorgvin Karl Gudmundsson have all stood on the CrossFit Games podium at least twice.

The Icelandic teen started CrossFit at the age of 11. Coming off from gymnastics and looking for something challenging, it was his dad who got him into it.

“I was just going once a week and then started to put more and more into it and now I’m competing at the Games so that’s crazy!” he told BOXROX.

There weren’t any competitions in Iceland for young athletes at the time – he wasn’t even a teenager – so his first experience in the competitive scene was the Open. At the age of 13, when he was one year away from being able to complete compete at the Games, he finished the Open within the top 20.

“That was really big for me because I also won in Europe,” he said. “Then I just took it really seriously and my goal was to go to the Games.”

Brynjar takes challenges as they come. Of course he has thought about his predecessors and what that could mean for him, but that’s not his sole focus.

“There’s a lot of good athletes in Iceland and I really look up to them and of course I want to be like them. They’re just incredible.

“But that takes a lot of time and repetition and that’s not what I’m actually thinking about right now, I’m just focusing on what’s going on right now. The Open just finished and I’d been thinking about how I was going to win it – and then the Online Qualifier.”

“I’m not focusing on wanting to be the next star. I don’t see myself like that,” he said.

“The end result,” said Brynjar with conviction when I asked him about his favourite thing about CrossFit and competing. “Seeing the hard work pay off.

“When I PR in weightlifting and results at the Games; when I get a good time in a workout training – just accomplishing goals.”

The 15-year-old won two events at the 2019 CrossFit Games. A highlight of his was the Ruck Run: “I was never really great at running. This past summer, we really ran a lot and that just payed off. I won the ruck run.

“It was incredible; we had to do three laps and I was last in the first, 7th the second lap and then first on the last. I was really proud.”

After the 2020 CrossFit Open, where he finished first in Iceland and 15th in the world in the Boys (16-17) category – and 30th in Iceland overall – Brynjar will have to make the top 10 at the Age Group Online Qualifiers in March 2020 to make it back to the Games.

He knows it’ll be a tough year since he’s on the younger end of his age category: “Right now I’m really focusing on becoming stronger because all the older boys are really strong. Now my goal is just getting stronger and making it to the Games this year,” he said.

The distant future doesn’t pressure Brynjar. “I just take things as they come. There’s a long time until I get to the Elite so I’m just enjoying the time in the teenage division.”

And so he is, currently training at CrossFit Reykjavik with around 20 other teens competing at his level.

Related: Talent in The Land of Fire & Ice – What Makes The Icelandic Athletes so Good?