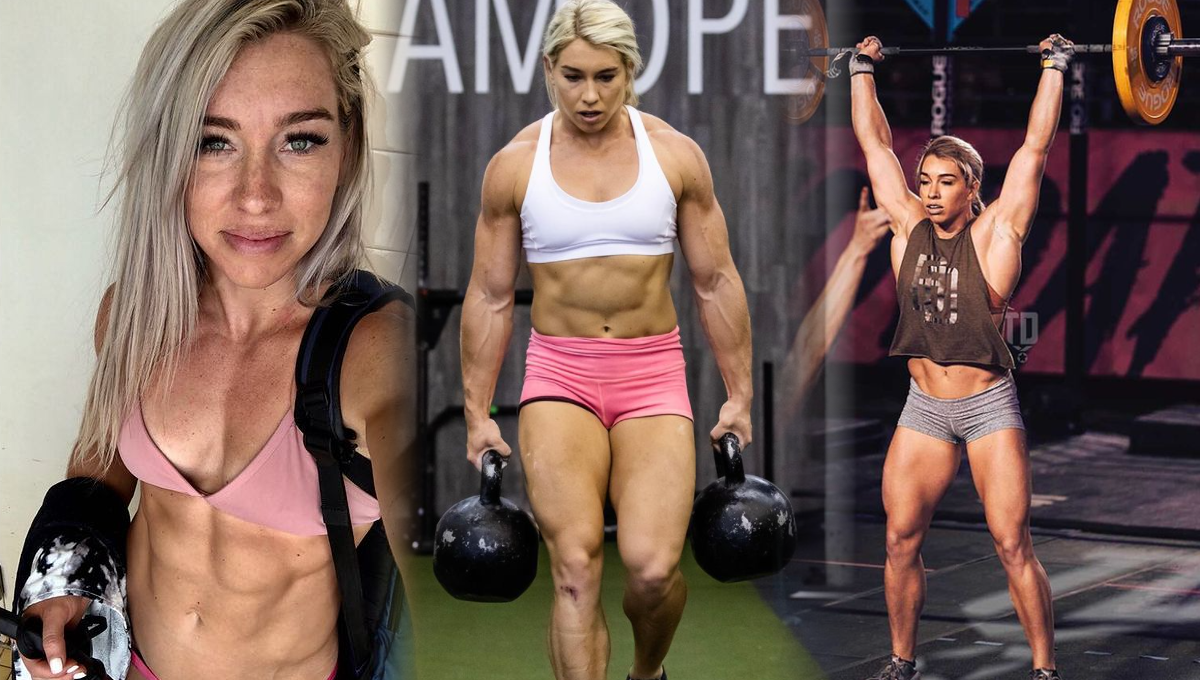 Colleen Fotsch is a top CrossFit Games athlete and former collegiate swimmer. Most recently, Colleen was also recruited by the USA Bobsled team.

Fotsch swam competitively until she was 22 and qualified for Olympic Trials in 2008 and 2012 in the 100m butterfly. She started training CrossFit in 2013 and has competed in the CrossFit Games twice, earning herself a 4th place finish in 2017 with team NorCal and an individual 27th place finish in 2019.

The 31-year-old is working towards a Masters in Kinesiology from Michigan State University.

Fotsch has been open about her fitness journey and the internal and external changes that have come with it for years. She struggled with her relationship with fitness and exercise after her collegiate swimming career ended, she told Bear Bytes.

“I had a tough time accepting and loving my athletic build. I was convinced that when I was done swimming, I just wanted to be small,” Fotsch said.

“I was just so harshly judging myself based on how I looked. It just really took the fun out of working out and moving for me, which was kind of tough because movement and fitness was such a huge part of my life that brought me so much happiness.”

Like countless sporting women, she has received a lot of criticism based solely on her body’s looks.

“One of the greatest gifts that CrossFit gave me was feeling more confident in my own body for what I can do instead of only judging it based on how it looks or what the number on the scale is,” she wrote on Instagram.

Colleen helped shape how female character bodies are portrayed in gaming, with “The Last of Us 2” lead character’s body modelled after her.

Colleen’s athletic career has come far in the last decade. “Even as a college swimmer I struggled with having an “athletic build”,” she wrote on Instagram.

“There’s about a twenty pound difference between the pics, being heavier on the right. Crossfit has made me proud of my muscles and pushes me everyday mentally and physically.”

She has also posted about her transformation journey between the 2016 CrossFit Open, 2017 post shoulder surgery and the 2018 Open.

“What puts a huge smile on my face when I look at the photos and the past two years is not the physical changes but the growth and change that has been made on the inside,” she wrote.

Colleen has advocated for healthy body image and everything that this entails for years.

“There are a lot of things in life we can’t control but what and how we eat is something that is completely in our control,” she wrote. “And it’s not about going on a lifelong diet (I used to think it was). That I had to be hungry all the time to look a certain way or to get to a good performing weight.

“It’s about finding a nutrition plan/coach that fits into your lifestyle and about making small choices each meal that will make you happy and healthy.

“Each week is another week to become more consistent.”

“I’m very proud of what I look like and it’s taken me a long time to get to that space,” she said in the same interview.

“For me, the way I look is a representation of all the hard work I’ve put into my training and my sport.”

“I think it’s super powerful for women to lift because, for me, I struggled with going to the gym and not being so fixated on wanting to do certain things in the gym to look a certain way.

“And so, even if some women are going into let’s say a CrossFit gym because they’re like ‘I want to look like’ whatever it is their dream body’ or something, and I think they get under heavy weights and all of a sudden their mind is no longer focused on that, they’re just like ‘I want to lift 100 pounds.’

“I think that’s so powerful and they start to develop different goals surrounding lifting and strength and it actually gives them this internal strength and I think freedom to not be so fixated on looking a specific way.”

“It’s okay to have some vanity and be like ‘I want to look good’ but you don’t want it to be all consuming.”

“That’s why lifting is just such a great took because it takes you out of that mindset a little bit,” she concluded.

Saturdays are for the pump 💪

Loving these upper body circuits and getting to learn and try out new exercises each cycle 🙌🏻 Time for food, rest, and tuning in to watch Olympic swimming tonight 🤗 🏊🏻‍♀️