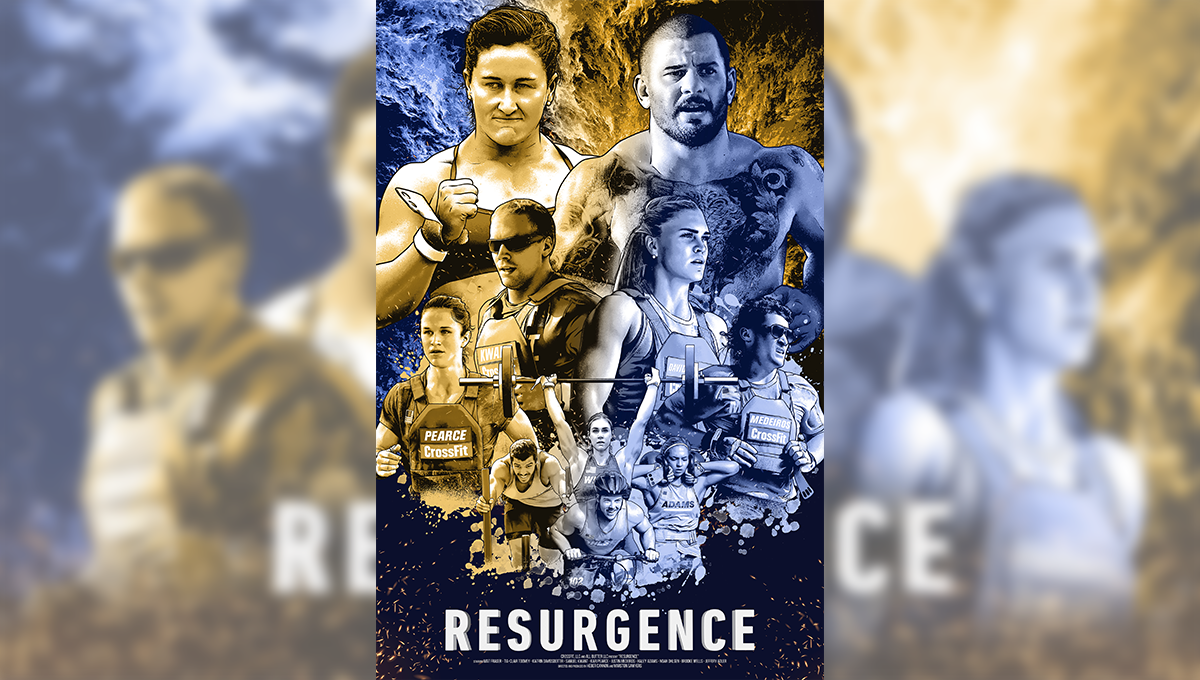 Resurgence is especially interesting because of the uniqueness of the 2020 season, which was not only impacted by the global pandemic but also saw big changes within CrossFit’s organisation.

The documentary has been released ahead of the 2021 CrossFit Games, which are set to start on July 27, and is the perfect way to get excited about this year’s ultimate test to find the Fittest on Earth®.

Resurgence will be released globally on July 20th on iTunes.

The movie will be made available in other digital platforms on August 6.

You can order Resurgence here.

Resurgence is defined as “an increase or revival after a period of little activity, popularity, or occurrence.” If you had to describe the 2020 CrossFit Games season in one word, resurgence might just be the most accurate one.

If you have watched previous CrossFit Games documentaries and liked them you won’t be disappointed by Resurgence. The movie is especially interesting given the fact that only 5 men and 5 women competed in the final stage of the CrossFit Games, giving directors Heber Cannon and Marston Sawyers more space to present each athlete’s story.

The documentary does not only manage to get close and personal with the athletes – featuring interviews with athletes in their hotel bedrooms and right after they finish events – but offers behind the scenes insight into the organization of CrossFit and how the company managed to pull off the CrossFit Games, and why they thought it was so important.

The context around the 2020 Games is complex and only partly covered in Resurgence. This is understandable given the fact that me movie was made in conjunction with CrossFit and it centres around the Games and its events, with the context as a secondary plot. However, it has to be said that this section felt oversimplified.

The footage from the CrossFit Games is impressive and, coupled with slightly over-the-top music for every event, is guaranteed to make you want to work out. The analysis of how the athletes tackled each event, together with the behind-the-scenes interviews, are unique insights great to watch.

Pacing and editing are our main gripes with Resurgence, yet despite knowing who wins the Games from the start, the documentary does a good job of making you care about the journey.

How to watch Resurgence?

The movie, made by the Buttery Bros in conjunction with CrossFit LLC, will be available to stream on Apple and iTunes on July 20. You can find it here.
The documentary will be made available on other digital platforms on August 6, after its release on iTunes.

Is Resurgence available in my country?

Who are the Buttery Bros?

Heber Cannon and Marston Sawyers, best known as the Buttery Bros, have created 5 of the world’s leading fitness documentaries: Froning: The Fittest Man in History (2015), Fittest on Earth (2015), Fittest on Earth, A Decade of Fitness (2017), Redeemed & Dominant (2018) and The Fittest (2020).
“2020 was a year that flipped the world on its head. The CrossFit community was especially knocked around, which makes for a compelling story inside and outside of a unique year at the CrossFit Games,” said directors Cannon and Sawyers about their latest CrossFit Games documentary, Resurgence.
“With Covid-19 restrictions allowing for only 10 athletes versus the usual 80-100+, it’s the first and possibly last year we will be able to tell interesting angles from every athlete competing. We are honoured to have been there for this intimate event, and excited for the world to see the behind the scenes of what went on at the 2020 CrossFit Games.”