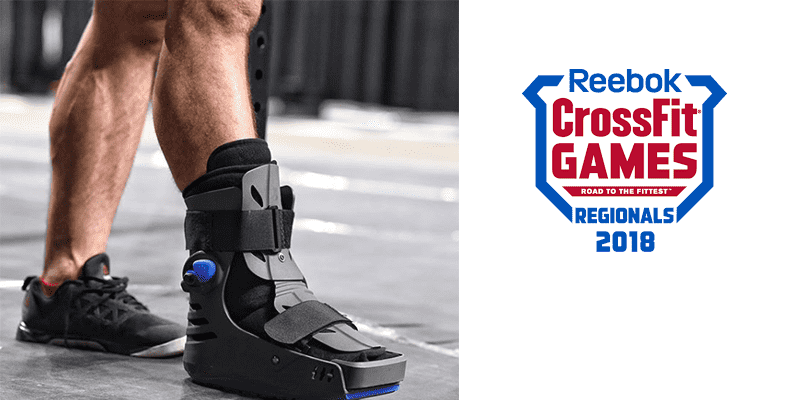 James Hobart is officially out of the East Regional.

Hobart broke the fifth metatarsal of his right foot kicking out of a handstand walk over some stacks of plates. He tried to run it off, but it didn’t feel great. The next day, it was worse.

“I woke up and my foot was like an eggplant,” Hobart says.

Austin Malleolo has seen the foot without the boot and was more blunt: “It’s -f****** gross.”

Hobart is taking the injury in stride, and he’s looking at the big picture.

“If this had happened four years ago, I’d probably be an emotional wreck. … My life is pretty full right now and doesn’t change if I don’t get to workout at Regionals.”

To learn more about the athletes in the East Regional, check this article out:

10 Exciting Athletes to Watch at The CrossFit East Regionals