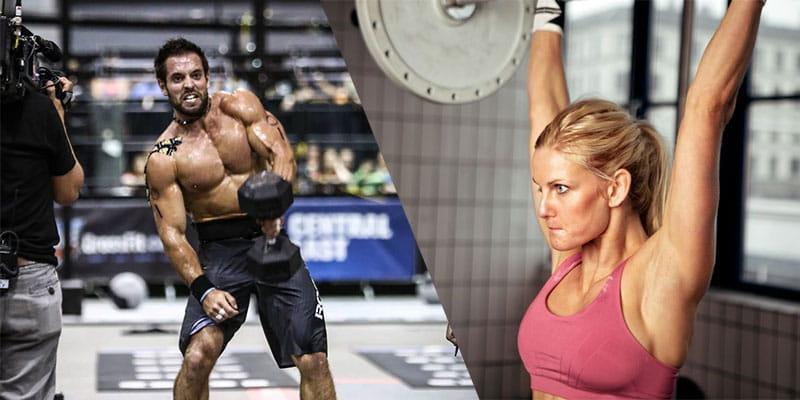 Learn how to build massive muscle mass for your shoulders with these great tips from Jeff at Athlean X.

“If you want to learn how to get bigger shoulders fast then you’ve come to the right place. In this video, you will see how to build big shoulders by doing the opposite of what you likely have been doing up to now. It is going to require that you use slightly heavier weights and focus more on the quality of the contractions of the shoulder muscles on every rep rather than only pressing heavy weights and overdeveloping patterns that are already holding back your gains.”

“The lack of shoulder growth can be blamed on two things, and it isn’t your mom and dad.  It is the over reliance on just heavy and light dumbbells for shoulders and not training the rear delt enough.”

“Let’s start with the rear delts, or the lack of training them to be exact. Extension of the shoulder is actually one of the most overlooked components of a fully trained shoulder muscle. The rear head of the shoulders has the ability to extend the shoulder and can handle fairly heavy weight in the process.  The issue however is that you don’t want to just extend the shoulder but also incorporate abduction to hit the middle delt head as well.”

“The best way to do this is with something called a hip hugger. This starts with dragging the dumbbells up your side as you move your shoulders back behind your body. The elbows then drift away from the sides as you come up to light up the middle delt as well. The key to performing this correctly is making sure that you cannot see your elbows in front of your body if you look to the side. They should be out of view the entire time in order to prevent turning this into a modified upright row.”

“To make sure you grow bigger shoulders fast you are going to need to increase the weight you are used to a little bit on this shoulder exercise. The rear delts with help of the middle delts can handle slightly heavier loads and should therefore be pushed by using them. You’ll find that you can likely lift more than you can on a lateral raise but less than what you would use on an overhead dumbbell press.”

“If you get this right, the shoulders and rear delts will be doing all of the lifting. No momentum. What this does is it also keeps the dumbbells very close to the body. While this is not a drag, the closeness of the dumbbells to the body are going to allow you to use slightly heavier weights. Specifically, this is going to hit the middle and rear heads of the delts a lot better. When you are struggling to build big shoulders fast, the rear head is often last to grow.”

“The front delt doesn’t have to go unworked however.”

“The second thing you can do is hit the front delts immediately following the conclusion of a set of the hip huggers by doing something called the scoop press. Here, the weights you used on the first shoulder exercise will be perfect to crank out a few reps of the overhead press variation. Lock the elbows into a ninety degree position and drive the upward thrust of the arms with the front deltoids alone.”

“This works as the perfect drop set and compliments the work already done on the middle and rear delt exercise to make sure you leave no head of the delts unworked.”

“When you learn how to train the rear delts effectively you will likely fall in love with working them. Many people skip them all together in their shoulder workouts for mass because they just can’t seem to get the exercises to work for them. Now that you can feel them, you can start regularly incorporating these into your workout for bigger shoulders.”

“If you want to build bigger shoulders fast you sometimes have to be willing to take a step backwards to take giant steps forward.”

“These two exercises are something you can include into your very next shoulder workout that are going to start to deliver big results to your shoulder training and growth.”

Video – How to Build Massive Muscle Mass for your Shoulders