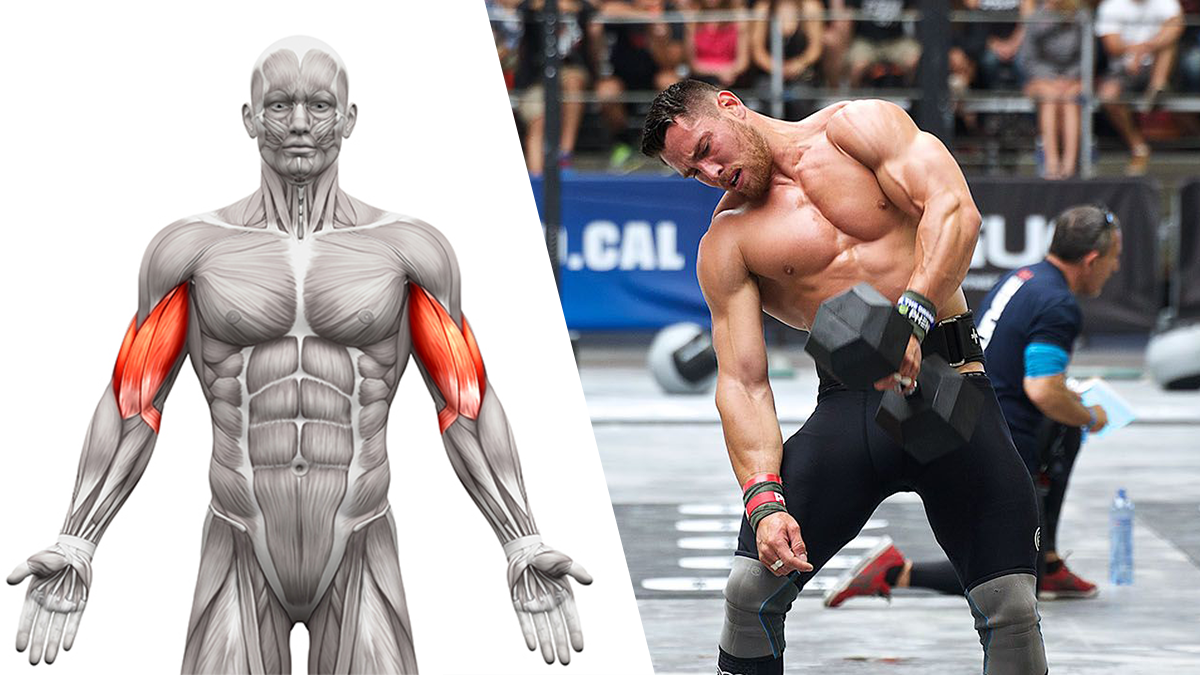 Learn how to get bigger arms faster with these great tips from Jeff Cavaliere from Athlean X.

“Most guys that workout want to know how to get big arms.  The problem is that they wind up doing hours of the wrong types of biceps exercises, the wrong biceps workouts, and sometimes even neglect just how important the triceps are to adding size to the arms.  Well, in this video, I’m going to show you that it is possible to get big arms much faster by including a couple of the right biceps exercises and triceps exercises into your arm workouts.”

How to Get Bigger Arms Faster – Triceps Exercises

“By putting the triceps on a bigger stretch, you’ll be able to handle more weight and get a stronger contraction – allowing you to get big arms much faster than with typical triceps workouts.”

How to Get Bigger Arms Faster – Adding Size Quickly

Once you start to see just how much you can lift on these arm exercises and the results you will start to see from doing them, you’ll realize just how fast you can build big arms.  This is most likely due to the fact that each of these exercises add size to the arms.  The biceps drag curl adds height to the arms while the triceps extension exercise adds width to the triceps.

Video – How to Get Bigger Arms Faster

Muscles of the Arms

The arms are one of the most important muscle groups in the body. They’re used for lifting and moving heavy objects, and they help you maintain balance while running or playing sports.

How to Get Bigger Arms Faster – Biceps Brachii

The biceps brachii is a two-headed muscle located on the front of your upper arm. It has its origins on the supraglenoid tubercle of the scapula and superior lip of glenoid labrum, and inserts into the radial tuberosity on the radius.

The biceps brachii muscle is attached to two bones:

How to Get Bigger Arms Faster – Brachialis

The brachialis is a muscle in the upper arm that lies beneath biceps brachii (the main elbow flexor). It forms a horseshoe around the elbow and acts as both an elbow flexor and supinator.

How to Get Bigger Arms Faster – Triceps brachii

The triceps brachii is a three-headed muscle that is located on the back of your upper arm. The muscle is responsible for extending or straightening your elbow joint.

The triceps brachii can be divided into three parts: the lateral head, medial head, and long head. These three heads together make up what we call the triceps.

The long head begins at the spine of scapula and extends distally to insert into olecranon process of ulna near coronoid process of ulna (the two ends are separated by tendon).

It originates from medial fibres of infraspinatus & teres minor muscles as well as supraglenoid tubercle & posterior surface of greater tuberosity where it becomes superficial after passing anterior to humerus superficial to deltoid muscle belly.

These are the muscles of the arms

As you can see, the arms are made up of a number of muscles. The biceps brachii and triceps brachii are some of the most well-known muscles in this part of the body, but there are many others that play important roles. It is important to understand how they work together when performing exercises such as curls or presses so that they don’t become injured while exercising!

Add this workout into your training and learn how to build bigger arms faster.