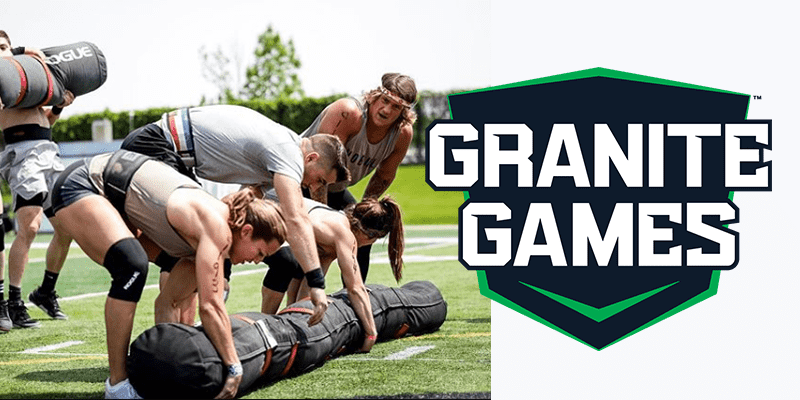 The Granite Games have wrapped up and the new winners and faces going to the Games have been established.

Athletes within 27 divisions competed this weekend, ranging in ages from 14 to 60+.

This was the penultimate Sanctional before the CrossFit Games.

Emily Rolfe earned her invite to the Games with her victory.

Nick Bloch is the new face heading to the Games on the men’s division.

Invictus X secured their spot back to the Games – after having been disqualified following a teammate testing positive for banned PEDs – with their performance at the Granite Games.

TAG AN ATHLETE WHO CRUSHED IT THIS WEEKEND . What did we say? Last day, best day, right?! . The 2019 Granite Games has wrapped, we’ve got the down-low on where the chips fell. . . #granitegames #earnednotgiven #iamanathlete #fitness #functionalfitness #crossfit #compete #dayfour

LAST DAY – ALL THE ACTION

Only Justin Medeiros had won two individual events going into the last day of competition, but still sat third on the leaderboard (with 504 points) behind Saxon Panchik (512) and Travis Mayer (548).

Heading into Sunday with 504 points as well was Josh Gervais, sharing third place with Justin with only two events to go.

No female Pro athlete went into the last day of competition having won more than one event and the top three spots were more spread out than the men; Carrie Beamer led with 556 points, followed by Emily Rolfe with 542 and Andrea Nisler with 516.

Invictus X and RPM Central Beasts had both won three individual events going into the last day of competition, but were outperformed by CrossFit Krypton, who sat on top of the leaderboard with a 28 point lead coming into Sunday.

“No no, lift with your knees.“ . @crossfitinvictus X is no stranger to the worm 🐛 The team took 5th in Team Replacement and currently sits in 2nd overall. . Can they overtake CrossFit Krypton for the top spot? Will another team come from behind to take it all? Tune in tomorrow for our exciting conclusion. 📺 . . #granitegames #earnednotgiven #iamanathlete #compete #crossfit #fitness #functionalfitness

The penultimate workout of the Granite Games, “3/3/1”, was a true test and only two female and five male athletes finished within the time limit. It looked like this:

It wasn’t a problem at all for American Nick Bloch, who dominated the event and finished in 6:46, almost four minutes before second place.

The last workout established the leaderboards, and it was Emily Rolfe, Travis Mayer and CrossFit Krypton who won this year’s Granite Games.

Check out all the 2019 Granite Games Workouts here.

Ladies and gentlemen, your 2019 Granite Games podium winners! 🏆 . Congratulations to each of you! Truly earned, not given. . You can view the entire podium album on our Facebook page. . . #granitegames #earnednotgiven #iamanathlete #crossfit #compete #fitness #functionalfitness