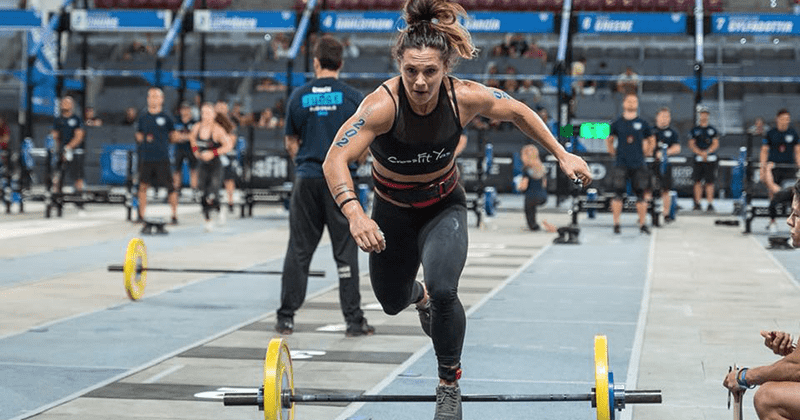 The 2019 3rd Fittest Woman on Earth, Jamie Simmonds (née Greene), announced a shoulder injury will keep her from competing in the 2021 CrossFit season.

The New Zealand native was unable to submit scores for Open workouts 21.3 and 21.4, taking away her chances of qualifying to the next stage of competition, the Quarterfinals.

“Last week a training injury absolutely WHHAUPED me in the face. After a week of hoping, many conversations & a lot of recovery protocols – it came to Monday but me and my shoulder were not up to par – Putting an early end to my season,” Simmonds wrote on Instagram.

Jamie is a four-time CrossFit Games athlete and two-time podium finisher, once in 2016 with team CrossFit Yas and once in 2019 as an individual. She’s been a national champion for six years and finished on the podium on prominent Sanctionals such as Strength in Depth and the Down Under CrossFit Championship.

She recently moved to Cardiff from the UAE with her husband and fellow CrossFit athlete, Elliot Simmonds.

Jamie is the latest athlete to announce they’ll miss out on the 2021 CrossFit season. Only last week Fittest Man in France, Willy Georges, announced an injury also forced him to withdraw. Sara Sigmundsdottir was also unable to partake in the Open due to injury.

“Last week a training injury absolutely WHHAUPED me in the face. After a week of hoping, many conversations & a lot of recovery protocols – it came to Monday but me and my shoulder were not up to par – Putting an early end to my season. ?

“These things happen, it is what it is and it’s all part of the game ?. Well done to those who completed the Open, be proud, take a little break then hit back hard when you’re ready ? So cool to see the Crossfit community coming together over the last 3 weeks ?

“Now time to knuckle down , do the boring stuff & bullet proof this body ? … again…

“One day at a time. I am ready for some solid character building ? @edwods @ellsimmo93

“On a positive note … number 1 operations manager coming right up for @ellsimmo93 through the 2021 @crossfitgames season?”