She claims the contaminated urine sample does not belong to her and that CrossFit cannot and did not try to prove it is. 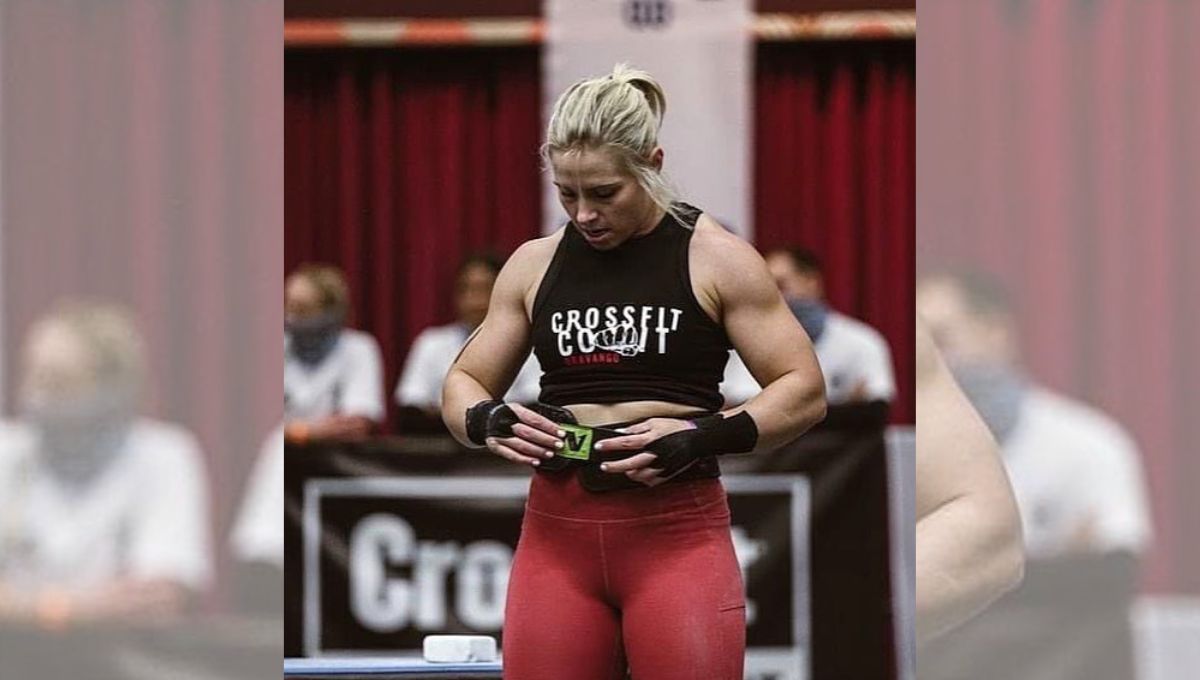 Lize Burns was supposed to go to the CrossFit Games after her team finished 1st at the Fittest in Cape Town Semifinal. She then received an e-mail from CrossFit HQ stating her drug test came back positive, but some admitted errors from CrossFit itself puts everything in jeopardy.

The Fittest in Cape Town is the only CrossFit sanctioned Semifinal competition that only the top athlete and team in each division receive an invitation to the CrossFit Games. Lize Burns and her team CrossFit Commit Okavango came out on top with 10 points ahead of 2nd placed and were beginning to plan the trip to the United States. That is until late June when she learnt other athletes received their drug testing form via e-mail but she didn’t.

It turns out the e-mail that was supposed to be sent to her was directed to *****@hotmai.com.zani while her email is *****@hotmail.com.za. That meant she never got her signed Doping Control Form (DCF) which was the beginning of a gigantic headache and mismanagement on CrossFit’s part in the athlete’s opinion.

At the end of June, she received an e-mail stating that her B sample confirmed what sample A showed: that the urine tested had GW1516 sulfoxide and GW1516 Sulfone, metabolites of GW1516. The problem, however, is that Lize Burns had good reason to believe the urine sample allocated to her was not, in fact, her urine sample.

”The form stated that I am South African Male 3 and I’m actually female,” she told BOXROX.

She claims she would have never signed a document stating she is a male athlete and write the wrong e-mail address. “Take note that I am extremely careful when it comes to my email address as an @hotmail.co.za address is extremely uncommon and most people usually make the mistake of entering @hotmail.com,” she wrote to CrossFit.

CrossFit states that drug tests are done in chronological order, which posed another question mark to Lize Burns’ drug test. “I was the 2nd female to be tested, so my name was SA Female Athlete 2. When receiving Doping Control Form 3 weeks after everyone else, I noted that my male teammate, who was tested after me, is Male Athlete 2. And I’m allegedly Male Athlete 3. Which makes zero sense,” she told BOXROX.

”Michelle Merand, she was the 1st individual athlete to be tested. She won the individual category. And she is SA Female Athlete 3. So who the f**k is SA Female 2?” she questioned.

Lize Burns reiterates that she has never taken any PED and is being banned from CrossFit for a failed drug test that is not hers. According to the South African athlete, CrossFit has not made efforts to confirm the test is hers.

CrossFit and Fittest in Cape Town Response to Lize Burns

CrossFit has released an official statement regarding Lize Burns’ situation and admits wrongdoing, however, it likely will not change a future decision to sanction her.

“Burns is appealing the result,” the statement read. “There was a clerical error on the doping control form associated with her sample, but after a thorough investigation, it was determined the clerical error did not affect the integrity of the sample.”

According to an e-mail exchange between Burns and CrossFit, the investigation that took place relied on 2 things:

CrossFit claims the DCO “watched as you signed the form and hit the submit button.” It also states that the timestamps corroborate that the sample test was Burns’. “As you said, you were the second female athlete tested at this event and this matches up with all of the times on the other Doping Control Forms.”

”Drug Testing at the Fittest in Cape Town event was not indicative of how drug testing at CrossFit events is usually conducted. That said, nothing you have described would have any impact on the integrity of your sample,” CrossFit replied.

Morning Chalk Up interviewed Tiaan Visser, the event director for CrossFit Fittest in Cape Town, who said the “procedure and protocol for testing of the top team, athletes, individual male and individual female was watertight and done by the book.”

According to him, it was CrossFit’s decision to have tested all four team members of only the top team and female and male podium finishers (1st, 2nd, and 3rd). In other Semifinal events, it is customary to test more athletes down the leaderboard in case of a failed drug test. The rulebook also states that every team and athlete who receives prize money has to be tested, which did not occur at Fittest in Cape Town.

The team members of CrossFit Tijger Valley Unit who finished 2nd at the CrossFit Games were tested only on July 3rd, more than a month after the end of the tournament. Lize Burns asked to have been tested again to prove her innocence, which CrossFit has denied.