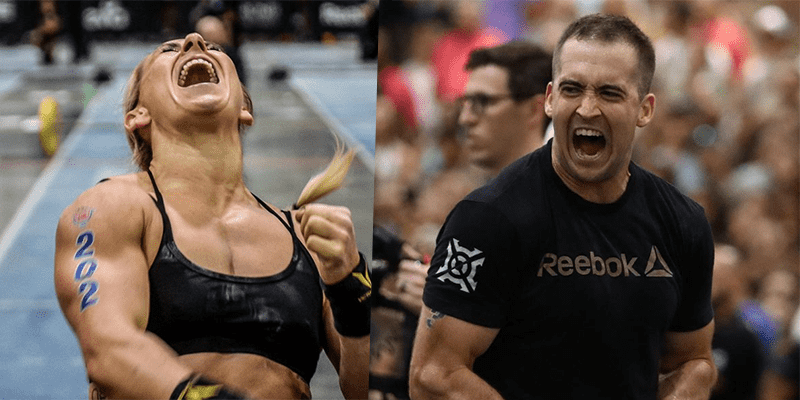 Here are all the qualifying athletes and teams.

After five events, the score was tied going into the final. The championship at the Atlantic came down to eight unbroken reps. Both @EmilyBridgersand @cassidy_lancemcwherter would go for it. One would make it.
–
Cassidy Lance-McWherter is the champion of the #AtlanticRegional once again.

After five events, the score was tied going into the final. The championship at the Atlantic came down to eight unbroken reps. Both @EmilyBridgers and @cassidy_lancemcwherter would go for it. One would make it. – Cassidy Lance-McWherter is the champion of the #AtlanticRegional once again. #CrossFitRegionals #CrossFitGames #CrossFit 📽 @mikekoslap • @zevia

In the Men’s competition, Ben Smith stepped up the tempo again to earn his spot at Madison!

This was the whole race. – Welcome to Madison @colte_mane – P.S. Never sleep on @bsmit13. #CrossFitGames • @zevia

Rookie John Coltey won the event, and will also be going to The CrossFit Games this summer.

@coltey_mane, if you want to go the #CrossFitGames, you need to finish fourth or better in the last event. – Coltey: OK, I'll just win it to be sure. BRB. #AtlanticRegional • @zevia 📷 @flsportsguy

One of the most brutal events ever seen at Regionals, Event 5 pushed ALL athletes to their limits.

Follow @crossfitphotojournal ・・・ “Go fucking hard and don’t die.” – That’s the Event 6 plan for @cflindze. – Over 3 Regionals, a lot of athletes—maybe too many—have told me they need to stay in their lane and just focus on themselves. – It’s a blossoming CrossFit cliche despite the fact everyone knows it’s impossible to ignore rivals during workouts. CrossFit athletes race each other when they’re sitting on the toilet. – Eder, 14 points back of the last Games spot, gave me an interesting perspective on running your own race even though she needs to beat @paige_semenza to qualify. – “For this particular event, I think it’s a little bit easier because it’s a sprint.” – Eder, a proud mother of 2, will attempt to do her thrusters unbroken and leave it all on the floor. – Just like her kids probably do with their LEGO. – #momlife – 📷 @crossfit204 #CrossFitGames #AtlanticRegional #Regionals2018 #CrossFitPhotoJournal @CrossFitGames

The final heat of Women's Event 5 at the Atlantic Regional was a back-and-forth race that saw several lead changes until @dellespeegle toed the line and took over. Speegle powered through the back half of the event and captured her first event win of the weekend. She sits 26 points out of qualifying position with one event remaining. – Watch live at Games.CrossFit.com and CBSSports.com.

@emilybridgers and @cassidy_lancemcwherter are tied in points (416) for the overall lead at the Atlantic Regional. Bridgers has the tiebreak advantage, but the race for the crown will be close with one event remaining. #CrossFitRegionals 📷 @flowercitycrossfit

Seventeen-year-old @haleyadamssss sits in ninth overall at the Atlantic, with one event remaining. #CrossFitRegionals • @reebok