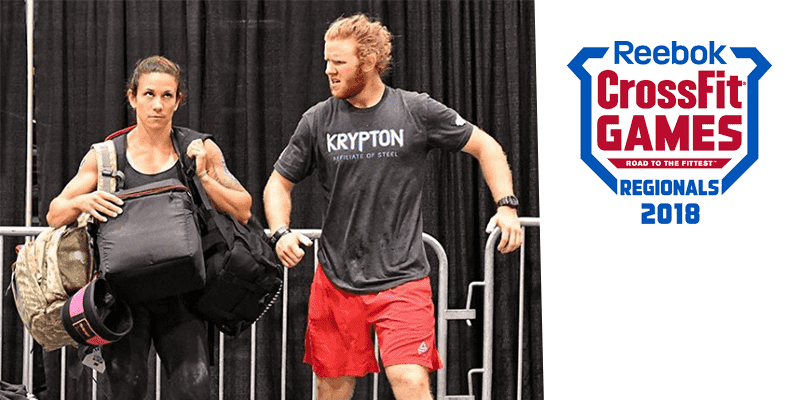 Here is the video in case you haven’t seen it.

When she let’s you know Saturdays are NOT for the boys. #SANFTB – Tag your significant other. – @crossfitkrypton • #AtlanticRegional • @zevia

In what might have been the video of the weekend, @lindsey_jacoby of @crossfitkrypton kicked and yelled @claytondoes through a set of partner deadlifts. Swipe up in our story to see it.
–
“I got so much hate for that. … People said I was being super disrespectful to him,” Jacoby, smiling, said after Event 5.
–
So here’s the full story. Kennedy, an alternate on the team, was pressed into service shortly before the competition, and the team had almost no time to practice. In fact, the pair had only done 10 reps total at that deadlift weight before the event.
–
Kennedy knows the deadlift isn’t his best lift, and before the event he told Jacoby to push him.
–
“She was 100 percent right to do that,” he said.
–
Jacoby, a mom of 3, said she reminded Clayton that “this is your moment,” and she employed a well-used “mom finger” to indicate she was serious. As for the gentle kick?
–
“First of all, it was a toe tap, … and as soon as I did it, he stood up.”
–
So enjoy the video guilt-free. It’s just two teammates sticking to a plan and helping each other out.
–
It’s also funny as hell.
–
Here’s Kennedy motivating Jacoby. Now they’re even. And they’re good buddies.
–
#fitnessmotivation