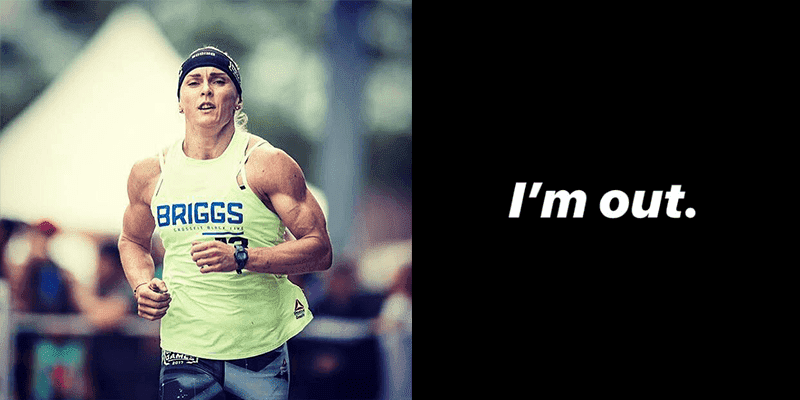 “I found CrossFit in 2009 and instantly fell in love with the training methodology and the community.

I competed in my first Games in 2010 and knew this was what I was meant to do. The next 10 years I dedicated my life to competing and was proud to say I was a CrossFit athlete. I was proud to own a CrossFit affiliate. I’ve stuck around so long because I truly love the sport and meeting such incredible people.

It’s because of this that it is with such a heavy heart I say that this year I’m out. Until CrossFit has new ownership and I can once again say I’m proud to be called a CrossFit athlete, I will not represent or compete under the brand.”

“I’ve made the decision to not attend the 2020 CrossFit Games. If you’ve been following the news the last two weeks the reasons are pretty obvious.”

“Competing in CrossFit has been a huge part of my life and who I am for the last 8+ years, and I’ve dedicated so much time and energy to earning the title of ‘Crossfit Games Athlete’ year after year, and improving my placing among the Fittest on Earth. Between that, and being a coach and affiliate owner, CrossFit has been a massive part of my existence.
It’s with an incredibly heavy heart that I say I will not be competing in my 4th Crossfit Games – for many of the same reasons we are de-affiliating @pallas.fitness. It’s time to stand up for change”

“I will not be competing at The CrossFit Games 2020.
———————————
I’m no longer proud or comfortable competing under the name Crossfit until bigger changes are put in place. In my opinion it’s not enough that Greg is stepping down as a CEO. In the future I would love to see that the name ”CrossFit” does not belong to someone anymore and become a free word/way of exercising such as ”pilates” or ”hot yoga”. We are so many out here loving what we do. Until recently I used to like calling myself a CrossFitter, but now I don’t anymore. I’m truly sad about all of this and it did require help from the other athletes in the field. I’m very grateful that we got together and talked it out together before acting so that we could help each other. I’m hoping there will be better things for us in the future.”