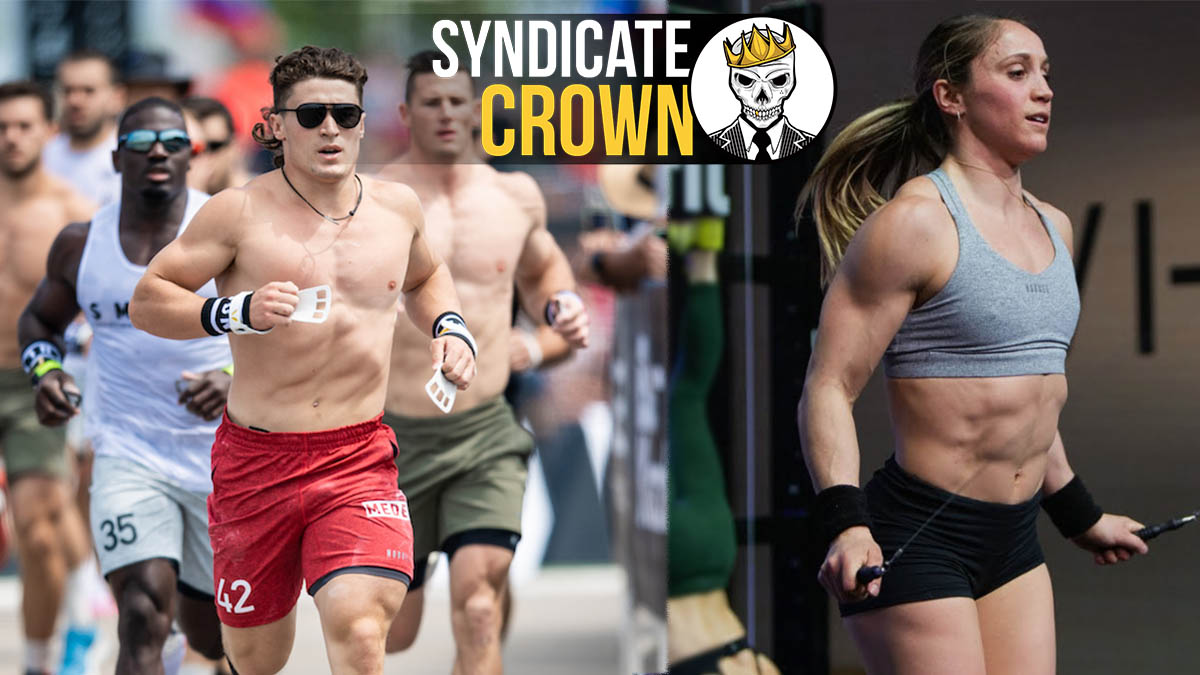 The CrossFit season continues with 3 Semifinals taking place later this week. There are big names for you to pay attention to at this year’s Syndicate Crown tournament. The following list is our Syndicate Crown predictions – who will win, make the podium and which athletes are considered dark horses.

The Syndicate Crown is taking place in Knoxville, Tennessee, from May 20-22. It is the first North American to take place this CrossFit season.

Elite athletes will share the competition floor during three days of head-to-head battle. Check out our Syndicate Crown predictions. According to our database, the Syndicate Crown is the Semifinal event with the fittest athletes for male athletes.

Remember: the top 5 elite athletes (men and women) and top 5 teams will advance to the Games. Find out more by reading CrossFit’s rulebook.

How to Watch the CrossFit Semifinals

Although the field is stacked with incredibly talented individuals, it would be foolish to write down any name except for Justin Medeiros. The reigning Fittest Man on Earth finished 1st in the Quarterfinals worldwide and is poised to continue his winning streak in Knoxville this weekend.

Who Will Make Podium?

With only two other spots to choose from to complete the podium, the competition gets harder. Our first pick to make the podium would be Jayson Hopper. The 24-year-old athlete won the Mid-Atlantic CrossFit Challenge last year and got a ticket to his first Games. Although he won’t be at the top of the podium this year, he is almost certain to be 2nd or 3rd.

Although he announced his retirement last year, Scott Panchik is set to participate at the Syndicate Crown. And who knows? He could well finish on the podium and he is our 3rd pick.

Who Are the Dark Horses?

This one is harder to pick compared to the men’s division. However, our bet is on Haley Adams. With 6 Games under her belt (winning in 2018 at her last time competing as a teen), the 21-year-old American athlete will be competing at home where she trains and should utilise the crowd factor to her advantage.

Who Will Make Podium?

To finish on the podium at the Syndicate Crown will be an incredible feat for anyone. One has to put down Kristi Eramo O’Connell as a favourite to stand somewhere between 1st and 3rd place. Although last year she only got to the Games due to the Last-Chance Qualifier, her well-rounded athleticism will see her get #GamesBound.

Arielle Loewen was surprised to win the Granite Games last year and participate in her first-ever CrossFit Games. This time it won’t be surprising if she finishes the podium at all. In Quarterfinals, she finished 10th in North America, which is a good indicator of what is to come.

Who Are the Dark Horses?

Only 5 teams will receive an invitation at the end of the weekend. Here are our top picks for getting through to the Games in Madison this year.