A look into the data from past CrossFit Games and the case for helping CrossFit grow even more. 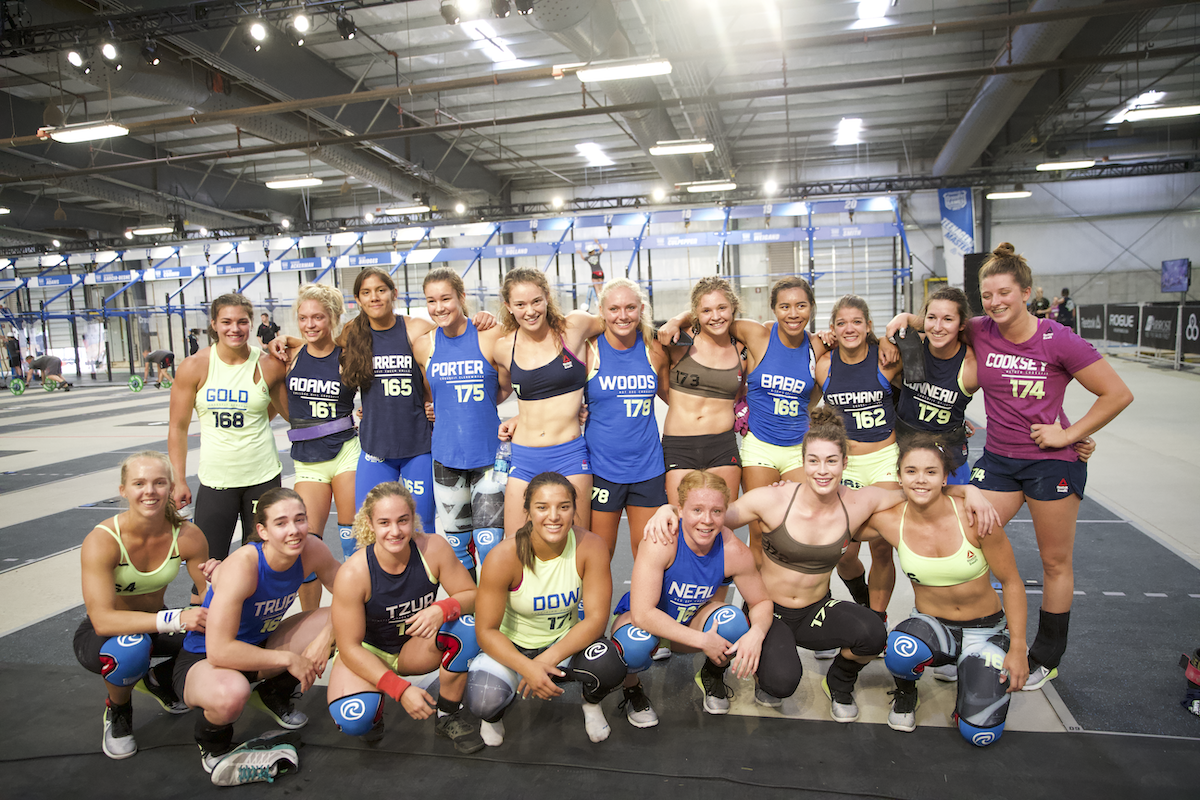 I believe that if CrossFit divides the teenage division of 14-15 year-old athletes into two, the sport will benefit from and also stimulate more interest by young athletes. So I am making a case for CrossFit to divide the 14-15 teens division.

The age-group Quarterfinal leaderboard will only be finalised on May 6th, but sadly there is one trend we can already predict: that few or possibly no athletes of the age of 14 will receive an invitation to Madison this year.

Since 2015, CrossFit has introduced the teenage division to find out who is the Fittest on Earth for ages 14-17. Since then, the organisation has been putting together 14 and 15 years-old athletes. However, that shouldn’t be the case.

Read More: An Open Letter – The Open Is Not Programmed Properly for Teen Athletes (OPINION)

What The Data Tells Us?

It is common knowledge that we grow the most during the teenage years of our lives, both in height and in muscle. With that logic, one could argue that it is “unfair” for 14 year-olds to compete head-to-head with 15-year-old athletes. But what does the data tell us?

Utilising CrossFit’s official leaderboard platform and gathering the data from 2015 until last year, we can see how many athletes invited to the CrossFit Games were 14 years old and how many were 15. Unsurprisingly, a vast majority was the latter.

In the table below, divided by year and division (boys and girls), I have gathered the number of 14-year-old athletes who competed in the CrossFit Games, the percentage of 14-year-olds in that division who made it to the Finals, and if any of those athletes finished on the podium.

Due to COVID-19, CrossFit cancelled the age-group Games in 2020.

* In these years, CrossFit invited the top 10 athletes to the Games instead of 20.

Looking at the table above, as expected, most athletes who competed at the Games every year were 15 years old at the time (except for the girls’ division in 2015 where half the athletes were 14 years old).

In those 6 years where we have seen teens compete for the title of Fittest on Earth, only once a 14-year-old managed to grab the title: Olivia Sulek in 2018.

Why CrossFit Should Divide The 14-15 Teens Division for The CrossFit Games?

Simply because it is possible, fairly easy to do, and would increase the popularity of the sport among younger athletes.

In previous years where the top 20 athletes were selected to compete at the Games, CrossFit LLC could have chosen the top 10 athletes who are 14 years old and the top 10 who are 15 years old.

Logistically, CrossFit would not even have to change anything. All teenager athletes would still compete side-by-side, but there would be two podiums to fight for this time. And the workouts prescribed? Both 14 and 15 year-olds could do the same event.

I strongly believe that giving the chance for 14-year-old athletes to compete in a more levelled playfield could boost the popularity of CrossFit among younger athletes. A chance to travel to the United States to a coliseum full of spectators and compete for a world title is sure to be an extra incentive for younger generations to come.

The Only Problem Is….

The only problem I see at the moment is the new rulebook CrossFit has released for this year’s season. Age-group will have to go through a new stage before being invited to the Games: the Semifinals. And it is after the Semifinals that only the top 10 of each division will advance to the Games, instead of the usual 20 we had in the past few years.

With only 10 athletes advancing, it would not be fair to subdivide that category even further and have the top five 14-year-olds and top five 15-year-olds competing, unless another stage would be introduced between Semifinals and the CrossFit Games to decide who are the top 5 like we have seen at the Games in 2020 during the pandemic.

Robert, why aren’t you making the case for also dividing other divisions such as the 16-17 teens, or even Master athletes. That is a valid point, but one that not necessarily has ground.

If we look at the data, we see a much more balanced field of athletes who competed as 16 year-olds, and more often than not we saw one of those athletes on the podium or even 1st placement.

* In these years, CrossFit invited the top 10 athletes to the Games instead of 20.

Not only does the data show us that the competition field is more balanced for the 16-17 teen division compared to the 14-15, but also we see more 16-year-olds finishing on the podium.

Those athletes received more media attention which, in turn, can spark the interest of younger athletes who are considering joining the sport.

Master athletes already make the bulk of people sign up for the Open every year. In this regard, there would be little to no positive effect on dividing the 35-39 division even more. Logistically speaking, it could also be a nightmare trying to get an even amount of athletes who are 35 years old, 36, 37, 38, and 39 to compete in Madison.

Utilising data we have seen that there is a bigger disparity between 14 and 15 year-old athletes and that gap is attenuated if we look at the 16-17 teen division.

Putting the spotlight on 14 year-olds and giving them a fair chance to win the title of Fittest on Earth would spark more interest from younger generations to join the sport and thrive it even more.