The Benefits of Using Plyometrics in Your Warm-Up

Enrich the start of your training with plyometrics. 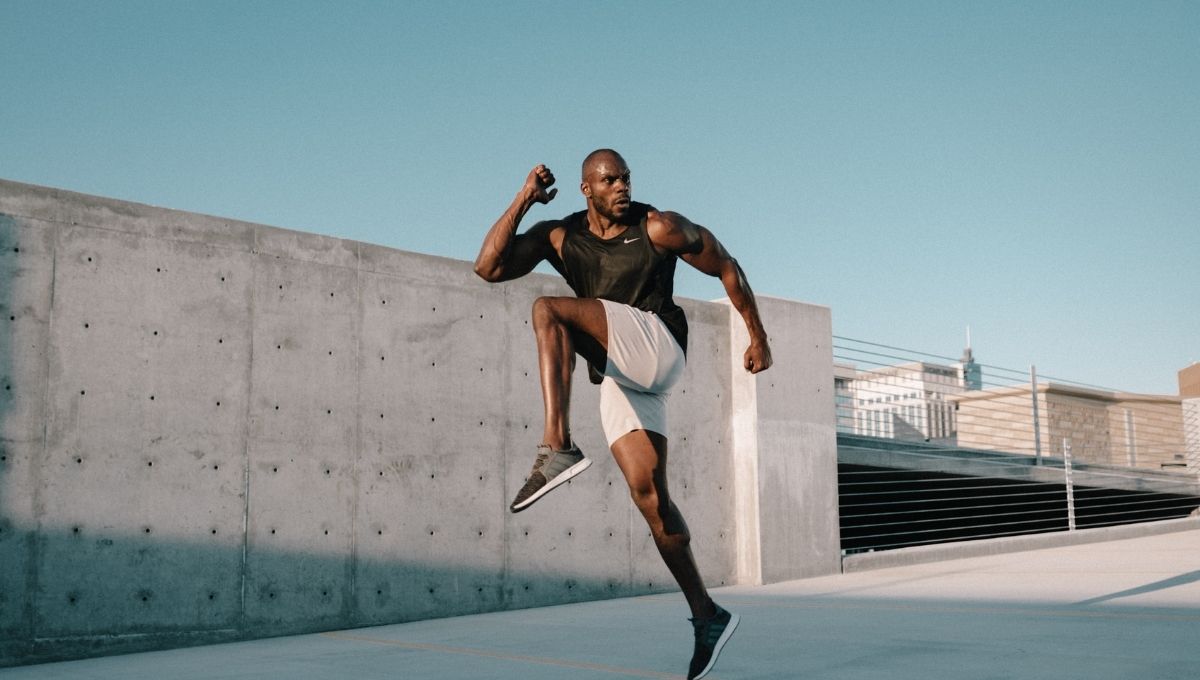 There are many benefits of using plyometrics in your warm-up, especially if you belong to the group of athletes that find warming up tedious and boring.

Many people skip through warm ups quickly because they don’t see much worth in their transfer to the rest of the training session and, importantly, to overall development and gains.

It’s normally the case that this is in part due to a lack of structure and meaning, but if you’re training 4, 5 or even 6 times per week it can add up to over an hour of total training time. So why can’t we utilise this time better by implementing inserts of plyometrics?

If we cast a lens on plyometrics for a second, we must remind ourselves that they consist of a landing and take-off sequence when done correctly and must be fast off the ground.

Imagine jumping up high, coming back down, hitting the ground, and exploding back up into the air.

Plyometrics don’t just have to be falling from boxes and rebounding back up, but can be a whole host of different movements along a spectrum of intensity, from basic two-foot leaping to bounding and hopping off of one-foot. With such variety comes the potential for a much larger scope of different adaptations to develop you as an athlete.

A common theme for implementing plyometrics into a warm-up is starting with very light extensive variations and scaling up the intensity as the athlete warms up. See below some light plyometrics you can start with.

Linear focused plyometrics for your warm-up

Multidirectional/combination plyometrics for your warm-up

The benefits of using light plyometrics in your warm-up

What’s occurring with light movements to enhance the warm-up?

An addition of around 100 plyometric landings with every warm-up could add hundreds of extra landings a week. Research suggests that an average volume of >300-500 landings a week has a greater effect in increasing many performance factors (Hammami, 2016) such as:

Long term inserts of light plyometrics have the potential to develop tendon stiffness and thickness, which has a direct relationship with power output and explosive abilities.

High landing volume over long periods of time develops subconscious landing skills to help the body understand where it is in space. These skills also help the body prepare for the ground, to brace and stiffen around joints just before contact and this, in turn, helps with propulsion.

This also has a strong link with preparing the lower limbs to avoid injuries when landing; like ankle rolls and knee buckles.

A subconscious bracing and stiffening effect just prior to contact provides a safety mechanism for the stability of unknown landings.

Where to go next in your warm-up and why?

As we scale up the intensity of any warm-up our aim is to get closer to the specific forces and speeds of our sports.

This is due to the need to prepare the tissue to ensure a system’s readiness, to not “surprise” the body in the main session/competition.

This is the same when we look at scaling up our plyometrics intensity and speeds. When we talk about intensity/force regarding plyometrics and dynamic movement, we are referring to the reaction of forces that occur when you come into contact with the ground when you land. Speed relates to the time spent on the ground and the speed/rate in which the foot strikes the ground at.

Both of these measures have a relationship in that the faster we load a movement, the higher the intensity tends to be (remove fast feet ladder drills from this conversation as they have very small carryover into sport. They lack the critical pairing of speed and force and when you leave force out of the equation the transfer to sporting movement diminishes).

Here are ways in which you can increase the intensity and speed of your plyometrics as you move through a warm-up, gearing closer to the main session or competitive scenarios or play.

Here are examples of these more intense plyometrics:

The changes in intensity and speed in these movements are clear and become even clearer when you compare their similarities to game speed intensities. These movements are getting closer to maximal intent-based plyometrics that continue to develop the performance gains mentioned before whilst adding additional adaptations to the body to continue to develop athleticism.

Some of these additional benefits are outlined below:

Using plyometrics in your warm-up

Let’s recap the benefits of using plyometrics in your warm-up:

Plus Plyos is a coaching and educational website that provides expert knowledge on plyometrics and how to integrate into your program to push your athleticism above the rest. We have specific guidance too on how you can utilise plyometrics in your warm-up and truly transform the way you move.

Who is the author? Matt McInnes Watson is a performance coach and specialist in track and field, speed, power and plyometrics. Matt is the owner of Plus Plyos, a coaching business that provides plyometric programs and education. He is studying for a PhD in Plyometrics whilst teaching in the United Arab Emirates and coaching athletes from the U.K. and U.S.