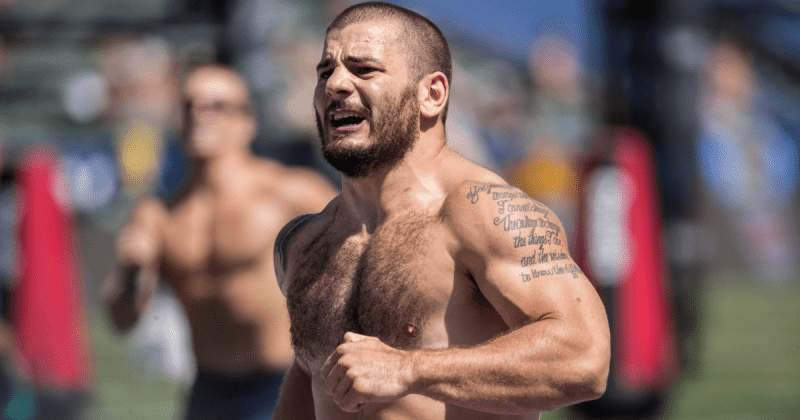 Mat Fraser is a household name when it comes to CrossFit, but here is an archive photograph of him competing as a young weightlifter.