Cable Crossover: The Ultimate Chest Exercise for Strength and Mass

Learn how to do the cable crossover, its benefits, mistakes to avoid, and how it compares with the bench press. 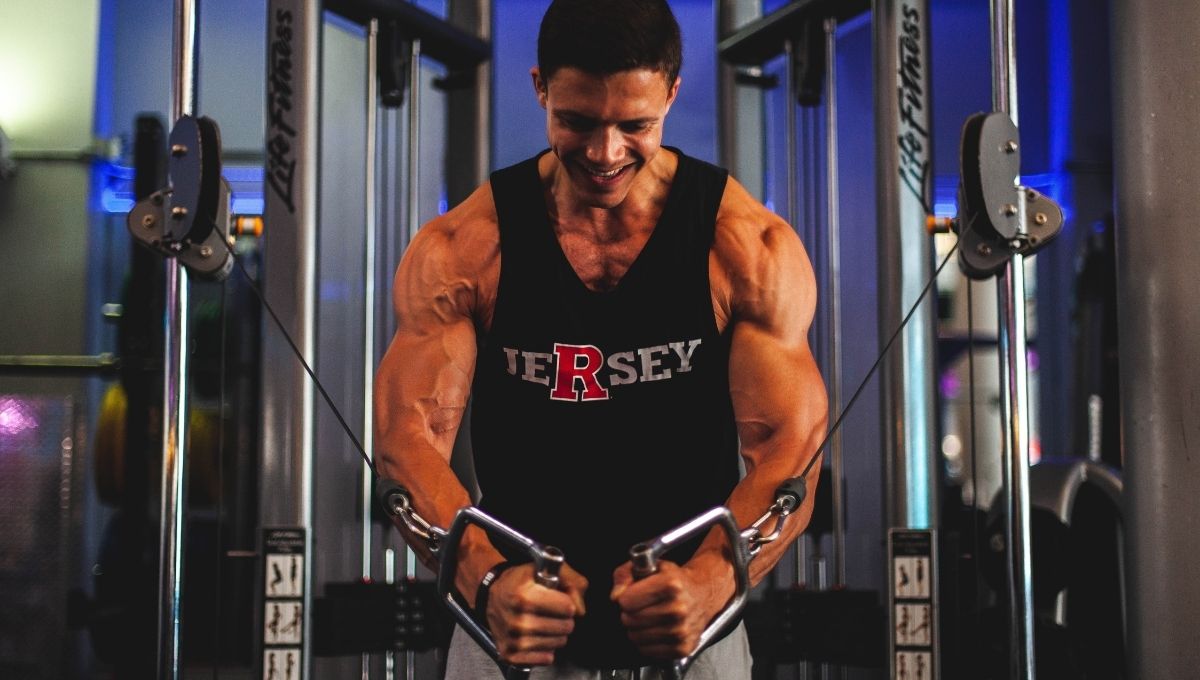 When it comes to sculpting your chest, many people turn to the good old bench press. The cable crossover is often overlooked, although it is a great exercise to strengthen your entire chest and has a few perks that the bench press does not.

The cable crossover might be just what you need if you don’t enjoy laying down on the bench and pressing plates, or dumbbells, up and down.

Below you will find out:

Find out all you need to know about the cable crossover.

How To Do the Cable Crossover

Regardless of which position the handles are placed, the movement pattern is the same for all three exercises:

As stated before, the cable crossover can have three different starting points, making it three distinctive exercises, although they all target your chest.

Although minimal, the cable crossover will also engage other areas of your chest, your back and shoulders: pecs minor, rhomboids, levator scapulae, anterior delts, and latissimus dorsi.

There are a few mistakes easy to do, but luckily easy to avoid as well.

As with most chest exercises, the elbows should be locked in and not bend at any time during the movement to activate properly your chest muscles. In that way, you will maintain the arch movement pattern the exercise requires. This leads us to mistake number 2.

The hands should almost touch each other in front of your body, but not close to you, at the end of the movement. By moving your elbows or pushing through your shoulders, you will refrain your chest muscles to work as much as they should in this exercise and steer away from the focus of the cable crossover.

This is not a competition to finish a precise number of reps in the fastest time possible. Control your tempo on the eccentric and concentric phases of the movement.

Who Should Do the Cable Crossover

To be honest, anyone can and should add the cable crossover to their training routine.

However, the exercise is an isolation move, meaning that it targets one specific group muscle, instead of a group of different muscles.

For that reason, the cable crossover is commonly seen among bodybuilders or people who are working out for aesthetics purposes and get a bigger chest.

If you have a shoulder injury, however, do not attempt to do the cable crossover as it provides less support to the rotator cuff.

So why choose the cable crossover over the bench press?

Firstly, if you are looking for aesthetics, then the cable crossover will get you there faster.

Second, the cable crossover also offers the chance for you to hit all levels of your chest without much hassle. By simply moving the handles upwards or downwards, you will be hitting your mid, upper or lower chest in no time.

In contrast, the bench press is a great compound movement that will also make you work your triceps and shoulders, but then again to activate your upper chest you need to incline your bench, and to get your lower chest pumped up you need to decline your bench, which can be annoying and time-consuming.

Being a cable machine exercise, the cable crossover also stretches the pecs from the start of the position and maintains the tension throughout the movement, which the bench press does not.

In a similar way, you may also increase the amount of weight you lift by simply adding more plates to the cable crossover, just like with a traditional bench press.

Overall, it is simply a matter of choice, availability (as most people find it hard to come across an empty cable machine) and time constraints.

How Many Reps and How Much Weight

As the cable crossover is an isolation move, chances are you will be doing this exercise to grow a bigger chest. To get to that, you need to work at a hypertrophy rep scheme level.

A good rule is to keep reps between 6-12 to develop muscle growth with weights that are challenging enough for you.

One of the best workouts to do with the cable crossover is the ladder.

Pick a weight that you are able to do between 8-12 reps and stick to it the entire workout.

This exercise does not take much time and it works tirelessly your chest muscles.