He was 2021’s Fittest on Earth in the men’s upper extremity division. 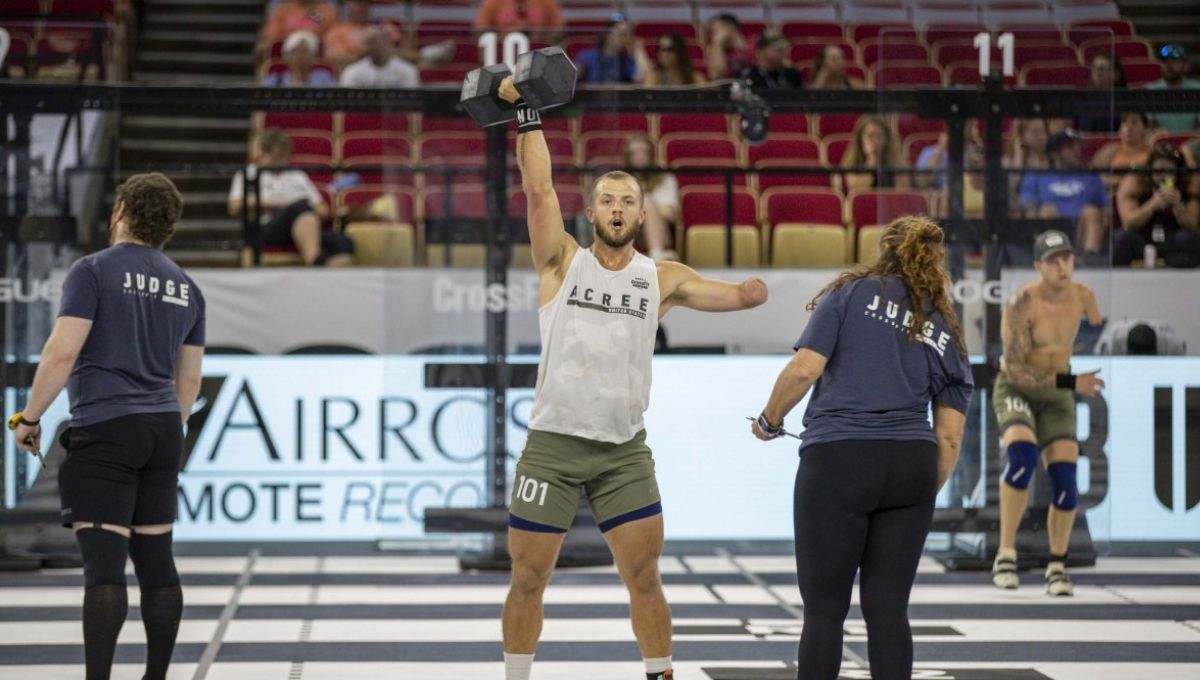 Casey Acree is an adaptive athlete, but that did not stop him from completing the Quarterfinals workouts designed for elite athletes. At the time of posting, he claimed he would rank 1,725th in North America.

Casey Acree is at a whole upper level as an athlete. Yes, he won last year’s upper extremity in a complete blowout, but there is more to him than being the Fittest on Earth.

After finishing the Open individual workouts, Acree says he qualified for Quarterfinals and received his initial invite, but “never received an official invite.” He inquired CrossFit HQ as to why that happened. “I was told that ‘since I would have to modify the workouts, I wouldn’t be able to input valid scores, so they wanted to give the spot to someone who could,” he writes.

That didn’t stop Casey Acree from competing unofficially in the Quarterfinals leaderboard for individual athletes. He posted a video on Instagram of him performing some of the workouts.

Although he was not able to input his scores as an individual athlete onto CrossFit’s platform, he decided to share with everyone his numbers.

Check out here the official workouts prescribed for elite individuals.

According to Acree, these numbers would have put him in 1,725th placement overall in the North American continent.

Read More: Check Out the 2022 CrossFit Season Dates for All Divisions