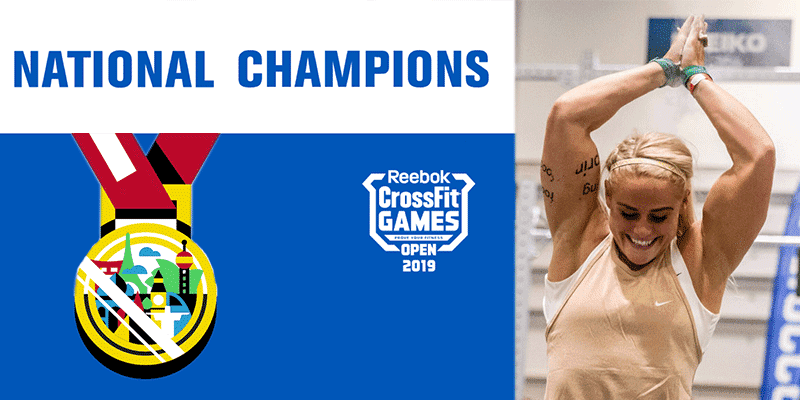 National Champions from 236 countries have been sent invitations to the 2019 Games following their performance at the Open.

Following a ruling change this season, the top male and female athletes of each participating country in the Open Leaderboard will receive an invitation to the 2019 CrossFit Games.

For the first time, the CrossFit Games will see athletes from all around the world compete at the highest stage of the sport.

In a press release, CrossFit highlighted athletes such as Kila Kilaverave from Papua New Guinea, who performed workouts in front of his community and utilised a basketball hoop for toes-to-bars; and Shingo Moromasa, a gymnast and stuntman from Japan.

"These group(s) of people from Kulapi village and PJV came out to watch me perform workout 19.2 on their basketball court. This is why I do @CrossFit and why I've worked hard to get Papua New Guinea's first CrossFit Affiliate "@CrossFitPortMoresby,” for the people of PNG. Looking forward to exposing CrossFit to PNG and PNG to #CrossFit.” – Kila Kilaverave 🇵🇬, currently second in Papua New Guinea in the 2019 Open – #CrossFitOpen #InTheOpen #CrossFitGames

Many countries could see their first individual representation at the Games, mirroring CrossFit’s global community and celebrating its diversity.

Of course, defending champions Tia-Clair Toomey and Mathew Fraser will see their way back to the Games as national champions of Australia and the US respectively.

These are the top-ranked athletes of every nation after the 2019 Open, and the fittest in their country.

With the national champions confirmed and the reviewing process over, CrossFit has now also confirmed the top 20 athletes that will get spots to the Games following their performance at the Open.

The top 20 are defined as the 20 highest-ranked athletes that aren’t also national champions. The athletes in bold are those invited to the Games after the 2019 Open.