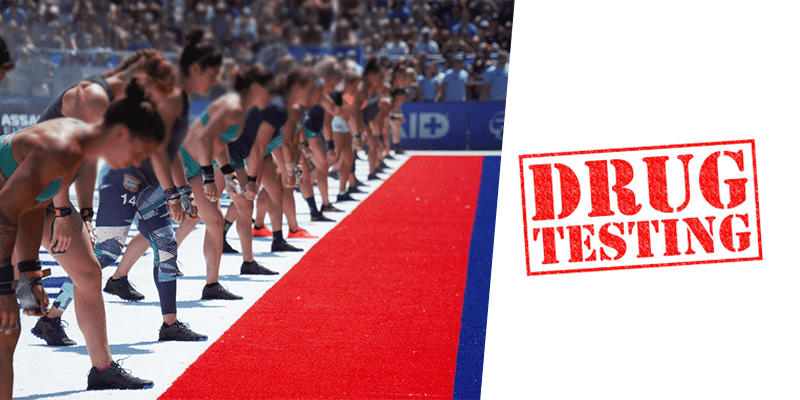 In the first public announcement of a failed drug test for the 2019 CrossFit Games was published earlier this week by Katie Trombetta.

The athlete, who had qualified to the Games through the Top 20 in the Open, received a four-year ban from CrossFit competitions – although she could still compete at Sanctionals if allowed.

According to her Instagram post announcing the news, GW1516 and Ostarine were found in her test results from an in-competition test during the Games.

This was the first time at the CrossFit Games for Trombetta, who had been close to qualifying several times over the last six years. She finished her rookie appearance ranked 44th.

Katie took onto Instagram to make the news public on Tuesday. Read her full statement below:

“I’ve typed up this post quite a few times over the past month, and every time I abandon it because I can’t get my words right. I’d like to be completely transparent and honest about what has been one of the hardest periods of my life thus far.
•
At the end of August I got notification that I failed my drug test at the CrossFit Games. They found metabolites of GW1516 and Ostarine in my sample. The email was sent to my old email that I rarely check, and I missed the 72 hour deadline to dispute CrossFit’s findings. When I finally saw the email in September, I asked for an extension, and it was denied. I got one phone call to notify me of the results, and was coaching when it came through, didn’t recognize the number, so didn’t think anything of it.
•
I did not knowingly take these compounds they found in my system. GW1516 and Ostarine are two of the most common substances found in contaminated supplements. If you don’t know anything about the supplement industry, it’s very loosely regulated, and 1/3 to 1/2 of all supplements have something in them that isn’t listed on the label. I admit I was not as careful as I could have been leading up to the Games. I used other people’s pre-workouts, protein, creatine, and I take over the counter melatonin, calcium, and vitamin C. Anything I was taking could have had these compounds present. It’s upwards of $1000 per sample to test for unknown substances, and that is impossible financially for me.
•
I understand I’m responsible for what I put in my body, but I also have been unable to convince CrossFit to allow me to see my lab results to get an idea of the amounts in my system at the time. Since I missed the deadline, my B sample was refused as well. It’s very likely I will never know the cause of the positive test. •
I have a 4 year ban from CrossFit. I won’t be competing after the 4 years. I’ll be 32. I’m too impatient and too angry with the sport that’s harshly punishing me for a mistake to wait that out. I am still allowed to compete in Sanctionals (if the individual sanctionals approve), or any competition not ran by CrossFit, but I can’t do the Open or compete to go to the Games.

Honestly, after weeks of struggling to come to terms with being forced permanently out of the sport I love, I’ve accepted it, and it truly is a blessing in disguise. I’ve transitioned into Olympic Weightlifting, which I’ve always loved more than CrossFit (and am way better at, lol). I have more time to devote to becoming a better person, friend, girlfriend, and daughter. My physical and mental health is overall better. I’m not in pain 24/7, and the worst part so far is that I don’t get to eat as much food.

My friends and family whom I have told have been more supportive than I could ever have hoped. Anyone who knows me knows how transparent and honest I am about my struggles and triumphs, and I hope anyone who only knows me through social media can take my last 6 years of open and honest communication about my life, and not assume that I’m a liar and a cheater. I devoted my life to CrossFit 24/7 for 6 years, I’m not stupid enough to jeopardize that by purposely taking something that could cause me to throw it all away. I’m jumping the gun here and announcing this before CrossFit does, because I think it’s only fair that I get to tell my truth.

It’s important to note that CrossFit does acknowledge the chance of tainted supplements causing a positive test, as illustrated on Clause 16 of the Drug Testing Program:

Nevertheless, the clause also states that “ATHLETES ARE SOLELY RESPONSIBLE FOR WHAT THEY PUT ON OR INTO THEIR BODIES” and therefore must act responsibly.