Grow a Bigger Chest: Avoid 4 Mistakes that Keep You Small 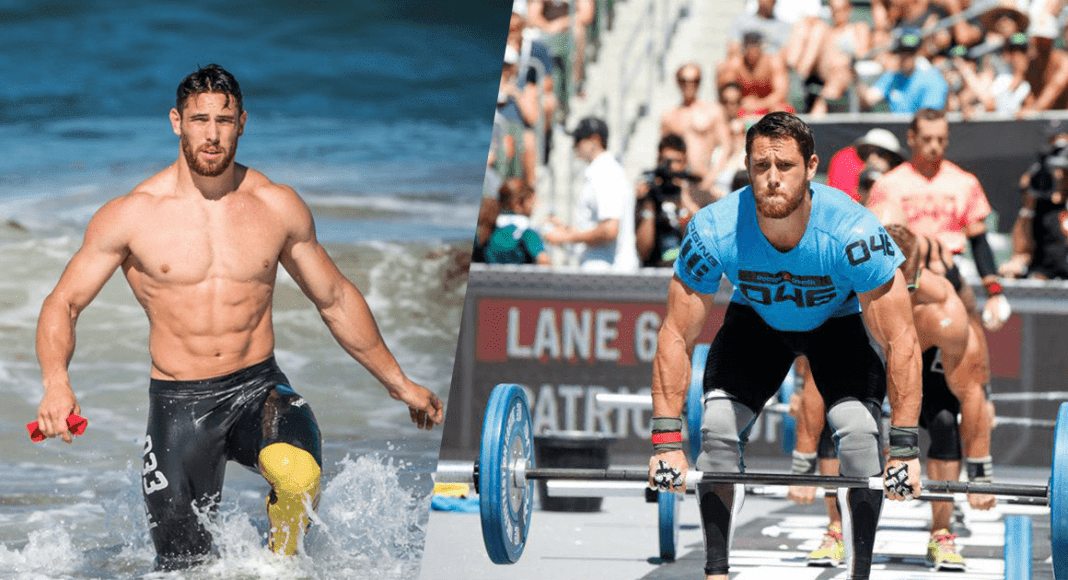 Learn about the mistakes that keep you small so that you can grow a bigger chest.

These have been compiled by Jeremey Ethier.

Grow a Bigger Chest: Avoid 4 Mistakes that Keep You Small

“One of my biggest frustrations when I first started training was that no matter how strong I got with the bench press or how many push-ups I could do, I still didn’t get a big chest. Eventually, I realized that although I was doing the right chest exercises, I wasn’t doing them in a way that allowed my chest to do most of the work.”

“In turn, explaining my chest mass. Or lack thereof. While my chest is still nowhere near where I want it to be, I do now have bigger pecs ever since I fixed 4 things. So, fix the 4 mistakes I’m about to show you to get a bigger chest. I guarantee during your next workout you’ll finally feel your chest light up and you’ll grow a bigger chest like never before.”

“The first mistake preventing you from building a big chest: many of you are probably students or full-time professionals who sit most of the day, meaning you likely have a hunched-over posture.”

“If you’re locked up in this position, when you press the bar in a bench press, you’ll naturally be inclined to let your shoulders round forward and chest cave in as you push the weight up. The more you let this happen, the more tension is shifted away from the chest and onto the shoulders. There are 2 steps to fixing it.”

How to Fix it

“First, work on your mobility to help open up your chest so you’ll be better able to utilize your chest in the first place during any pressing movements.”

“Second, bring your shoulders down and away from your ears, and then retract your shoulder blades by pinching them together as if you had a pencil between them on your pressing movements. Maintain this as you press, and your shoulders will stay pinned back and chest out, enabling your chest to now do the work. Focus mainly on maintaining this retracted position as you lower the weight down.”

“For bigger pecs, your elbow angle should line up with the majority of your chest fibres. This tends to be at an angle of around 45 to 60 degrees. However, many of you will likely have relatively stronger shoulders and a weaker chest.

As a result, your body will be inclined to flare your elbows out as you press to use your stronger shoulders to lift the weight rather than your weaker pecs. To minimize the odds of this happening, use a grip that’s about 1.5x shoulder width. Then, as you bring the bar down, tuck your elbows to roughly a 45 degree angle. And as you press, try to consciously avoid letting your elbows flare out. The same applies for dumbbell presses and even push-ups.”

“By applying the previous 2 points, you’ll be setting up your form to maximally increase your chest mass. But you’ll want to boost activation even further by using something called the mind-muscle connection. Shift your thinking from pushing and instead to “pulling your arms together” which as a result is what moves the weight up. To re-enforce this, stand with one arm out to the side and the other holding your chest. Bring your shoulder blades down and pinched together like we talked about earlier.”

“Now think about the following 2 points. Point A at your biceps and point B at your inner pec. Use that pec to bring point A to point B while feeling that chest contract with your other hand. Avoid letting your shoulder takeover by keeping your shoulder blades back. Once you start feeling that, try bending your arm as if you were pressing. Apply this to all your pressing movements. Once this “clicks” for you you’ll feel the difference right away.”

“There is still 1 more mistake that has the power to sabotage your ability to get a bigger chest. What is it? Ego!”

“If you properly apply the tips we went through, you’re going to start actually using your chest when you press. But since your chest is relatively weak compared to your other stronger muscles that usually take over, you’re not going to be able to lift as heavy of a weight as you’re used to. When this happens, don’t let your ego takeover and fall back into bad habits. Realize that now tension is being placed where it should be.”

“So I hope you were able to see the importance of not just doing the right exercises but performing them in a way that maximizes your efforts when it comes to how to grow a bigger chest. Working smarter and focusing on quality work rather than wasting time in the gym.”

The chest is the most prominent and obvious muscle group in your body. It’s not just for show, though. It helps you breathe, play sports, and move around every day.

The chest muscles are made up of several different types of muscle tissue that work together to perform a variety of important functions.

The pectoralis major is a large, fan-shaped muscle that covers the chest. It originates from several areas including the sternum, ribs and clavicle, and inserts into the upper arm.

Both heads converge at a point called their medial border where they merge together as one muscle just before inserting onto your upper arm.

The pectoralis major acts on both sides of your body as an adductor (movement toward centre line) when flexed or bringing limbs inward towards midline of body such as during a pushup or bench press. On its own side it also acts as an internal rotator by rotating humerus inside socket joint causing slight abduction movement away from midline toward outer side when flexed.

The pectoralis minor is a small muscle that originates on the coracoid process and inserts on the upper portion of the humerus. This flat, triangular muscle helps to adduct and rotate the arm. It is innervated by the axillary nerve.

The serratus anterior is a muscle located between your scapula and ribs. It helps to rotate your arm inward, stabilize the shoulder blade and aid with breathing.

The serratus anterior is also used during coughing, which may explain why you can feel it flexing when you cough vigorously or sneeze (though this isn’t always the case).

The latissimus dorsi is a large muscle that runs from the lower back to the arm. It helps you lift your arms up, like when you are doing a pull-up.

The latissimus dorsi is the largest muscle of the back and forms most of your back width. The “wings” portion of this muscle can be seen clearly when standing with arms at your sides, as it sticks out to the sides and down almost to your waist.

The trapezius muscle is a broad flat muscle that extends from the occipital bone, nuchal ligament and spinous processes of the seventh cervical and first thoracic vertebrae, to the medial border of the scapula.

It is divided into three portions: superiorly by a tendinous intersection; inferiorly by a fibrous union with rhomboid major; medially by a muscular surface which blends with serratus anterior.

The deltoid is a triangular muscle located on the top of the shoulder. It is considered to be one of the most important muscles for shoulder movement, as it is involved in lifting and rotating your arm. The deltoid can be divided into three separate heads: anterior, middle and posterior. These three heads work together to perform different functions such as flexing, extending or abducting your arm.

It’s important to know the muscles that make up your chest, as a majority of them are responsible for posture and other movements in this region.

Avoid these mistakes and improve your chest training.