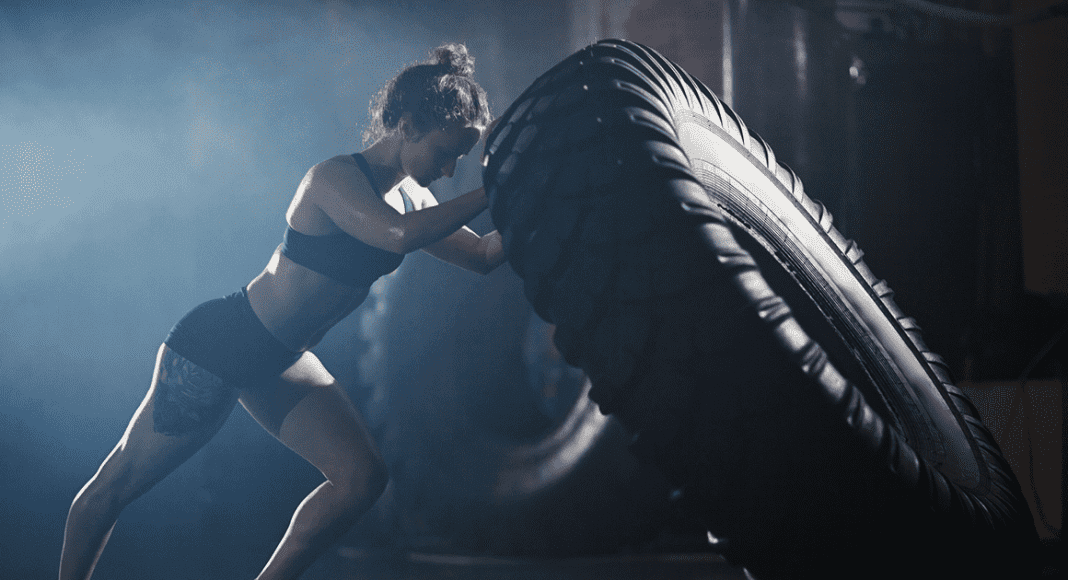 The levels of requirement and achievement are rising in almost every sport. Especially in CrossFit, an increasing number of people invest a lot of money in monthly membership fees and even external individual programming. They spend a remarkable amount of hours in their Box, trying to find out how to improve their athletic performance. But almost no one talks about a mechanism which takes part in every woman’s life: menstruation and how it could potentially affect athletic performance in some women.

Therefore, a questionnaire with subjective questions was designed and distributed online to reach competitive CrossFit girls. In the end, 51 women from all over the world, who train more than fifteen hours each week, answered this questionnaire about their general background, regularity of their menstrual cycle and other sport specific questions.

92% of the athletes always train during menstruation and have to handle the nuisance which comes with the bleeding. The study also shows that only 53% of the subjects menstruate regularly. However, in this cluster there is just a small correlation between the hours they spend in training and the presence of menstrual disorders.

Despite the high percentage of menstrual disorders, 65% have the feeling that the menstrual cycle influences their performance. However, only 52% of the athletes in this study have the opportunity to adapt their training plans to their menstrual cycle. This arises the question how optimum training for female competitive athletes should look like. For this reason, athletes were asked during which part of the menstrual cycle they feel strongest, prefer to train high intensity, are most focused to work on their skills and feel that their endurance is best. The majority of athletes responded that they could perform each of these four components best just after menstruation. But other scientific studies don’t support these subjective perceptions.

In general, scientific studies show that the athletic performance is reduced in the luteal phase (Day 15.-28.) because of a higher progesterone level[1].

This article shows that strength follows the same pattern. Strength is easiest to train during the follicular phase (Day 1.-14.), because of the higher level of oestrogen during this phase in the menstrual cycle.

Moreover, the maximum isometric force is reduced by 23% before ovulation (Day 13.-16.)  and there is an increase in muscle strength and muscle diameter in follicular training phase compared to luteal phase. This due to the higher concentrations of testosterone and free testosterone during the follicular phase[2].

To sum up: the post menstrual phase in which there is an increase in oestrogen and nor-adrenaline levels is associated with performance improvement, which supports the subjective perceptions.

Intensity plays an essential role in CrossFit. Therefore, for most competitive women it is important to know in which part of their menstrual cycle their performance increases.

To sum up: Performance of high-intensity exercise is improved during luteal phase, because estradiol and progesterone levels are elevated.

Before menstruation the core temperature increases, which leads to a higher metabolic rate. During this phase of the cycle the ventilation is higher and this results in a lower respiratory exchange ratio during the luteal phase3.

In contrast during the postmenstrual phase the mean submaximal oxygen uptake[4] increases.

To sum up: these scientific findings support the subjective sensation of the test persons. The best results in endurance tasks seem to happen after menstruation.

To sum up: the luteal phase is the best moment to train movements which require a lot of focus.

But these results don’t fit everybody, because of menstrual disorders or oral contraceptive pills. To maximize performance, be honest about your menstruation with your coach and keep a diary about how you feel during training. This will allow you to improve your performance by basing your training plan on your menstrual cycle with the support from your coach.