Light Weights vs Heavy Weights – Which is Best to Build Muscle?

Which is best for your goals? 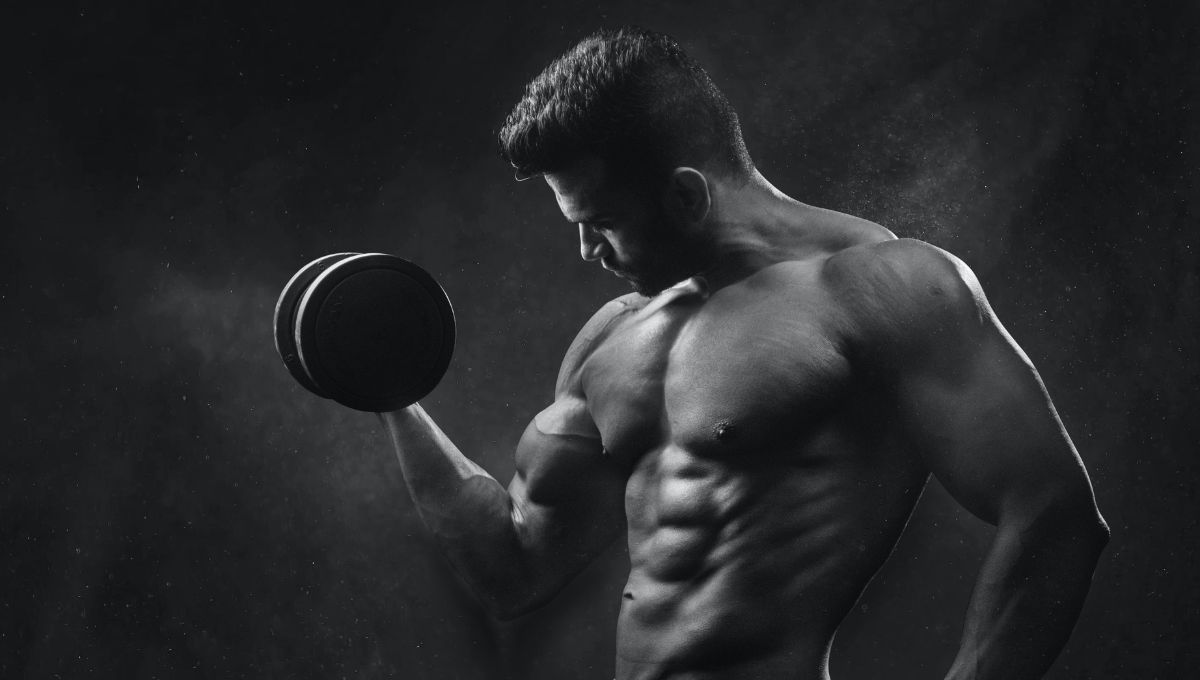 When it comes to light weights vs heavy weights, which is best for building muscle?

Jeff Cavaliere from Athlean X weighs in with his thoughts.

Light Weights vs Heavy Weights – Which is Best to Build Muscle?

“The question of whether to use heavy weights or light weights to build muscle is one of the most common training questions.  The answer is not so straight forward.  The fact of the matter is that in order to build as much muscle as possible you better learn that you need to lift light weights at times and heavy weights at other times.  In fact, there is a third way that you should be lifting as well if you want to get serious muscle.”

“In this video, I use the example of the shoulder side lateral raise to illustrate how to build muscle using both light weights and heavy weights on the same exercise.  It has to do with the portion of the contraction that you are attempting to focus the overload necessary for building mass on.  If you are looking to overload the concentric or positive portion of the lift then you better get used to lowering the weight that you are using.”

Leave the Ego at The Door

“That’s right.  Leave the ego lifting at the door when you are trying to build muscle by overloading the concentric.  Often times, way too much momentum is used to throw a weight up during the concentric on an exercise.  This disperses the force from the single area that you are trying to build up to the many areas and muscles around the muscle in question and therefore weakens the overall effect on the target muscle.”

“On the contrary, if you are trying to stress the eccentric or lowering phase of a muscle contraction on a target muscle then you better get used to asking for help from surrounding muscles in order for this to work the best.  In the example of the side lateral raise for shoulders, the middle delts can recruit additional help from the traps, rear delts and even torso muscles to safely help cheat the weight up into position where a stronger eccentric can be performed.”

“Relying solely on the amount of weight that can be strictly muscled up by the singular muscle in question will limit the amount of weight that you can use on an eccentric (and therefore will be limiting your size potential).  This technique is actually something that you can apply to not just this one exercise but almost every exercise you can do.”

The Role of Power – Light Weights vs Heavy Weights

“That said, this combination of heavy weights and light weights is not enough to complete the picture.  The explosive component of your training can only be achieved by using a weight that is in the middle of the two extremes shown here and focusing on accelerating the weight as you lift it.  This introduces the element of power to strength.  Power combined with concentric and eccentric overload makes your size and strength gains even more functional.”

Muscles of the Shoulders and Arms

The shoulders and arms are a complex area of the body. There are a lot of muscles in this region, so we’ve done our best to simplify things for you here. If you want to know more about any of these muscles, check out our full list of shoulder and arm muscles!

The rotator cuff, a group of muscles and tendons that surround the shoulder joint, helps to stabilize the shoulder and allow it to move properly. The four muscles that make up this structure are:

It originates from the lateral half of the upper border of the scapula, medial to its superior angle and inferior to its spine.

Action: It rotates arm laterally. Important to know when doing shoulder exercises such as batwing pulldowns (which involve this muscle) or any exercise that involves the teres muscles in general

The subscapularis muscle is located around your shoulder blade. It originates at the subscapular fossa (a depression in your scapula, or shoulder blade). The muscle inserts into a groove on the humerus bone (upper arm bone) and helps to abduct (raise away from your body) your arm.

The best way to avoid injuring this muscle is through proper posture when sitting up straight with good alignment in between each vertebrae of the spine, especially when working at a computer for extended periods of time.

The supraspinatus muscle is a rotator cuff muscle that helps to abduct the arm. It originates from the outer surface of the scapula and inserts on the greater tubercle of the humerus.

The supraspinatus muscle assists in raising your arm out to your side, such as when reaching for something up high or throwing a ball (abduction). This action is opposite that of other muscles that move your arms forward, such as your biceps brachii and pectoralis major muscles.

The deltoid muscle is the largest muscle in the shoulder and consists of three heads: anterior, middle, and posterior. It originates from the clavicle (collarbone) and acromion process of the scapula (shoulder blade).

The anterior head of the deltoid lifts your arm forward; the middle head laterally raises it; and lastly, the posterior head pulls back your arm.

The middle deltoid muscle is a triangular muscle that covers the shoulder joint and is situated anteriorly to (in front of) the lateral and posterior deltoid muscles.

The middle deltoid originates from two heads: one from its bony origin on your clavicle called acromion process and another from an area below this called spine of scapula; it then inserts into your humerus (upper arm bone).

The axillary nerve innervates this muscle as well as other structures within this region such as subclavius, coracobrachialis, pectoralis minor and supraspinatus.

The posterior deltoid originates on your lower clavicle and acromion process and inserts on your lateral aspect of humerus just below its tip. It works to extend or straighten out your arms as well as rotate them inward (supinate) during bicep curl movements.

The posterior deltoid muscle, located at the back of the shoulder, helps you lift your arm behind your body. The muscle is part of a group known as “shoulder extensors” because they straighten and raise your arms when you’re reaching up or down. The posterior deltoid muscle also helps pull your arm across to the other side of your body and rotate it inward so that it can grasp an object.

The trapezius muscle is a broad, flat muscle that covers the back of the neck and extends over the shoulder blades.

It may help with raising your shoulders and drawing them back toward your spine. It also helps to stabilize your shoulder blades during arm movements.

The trapezius has three parts:

The serratus anterior muscle is a fan-shaped muscle located on the side of your chest. It helps with breathing and lifting your arm up. The muscle fibres run in a diagonal pattern so they can lift up and forward when you breathe in, or pull down and backward when you breathe out.

Now you know the muscles of the shoulders and arms. These are crucial muscles to understand when trying to build muscle mass or improve your fitness level.

Use the methods described above to find the best way for you to build muscle using heavy and light weights.