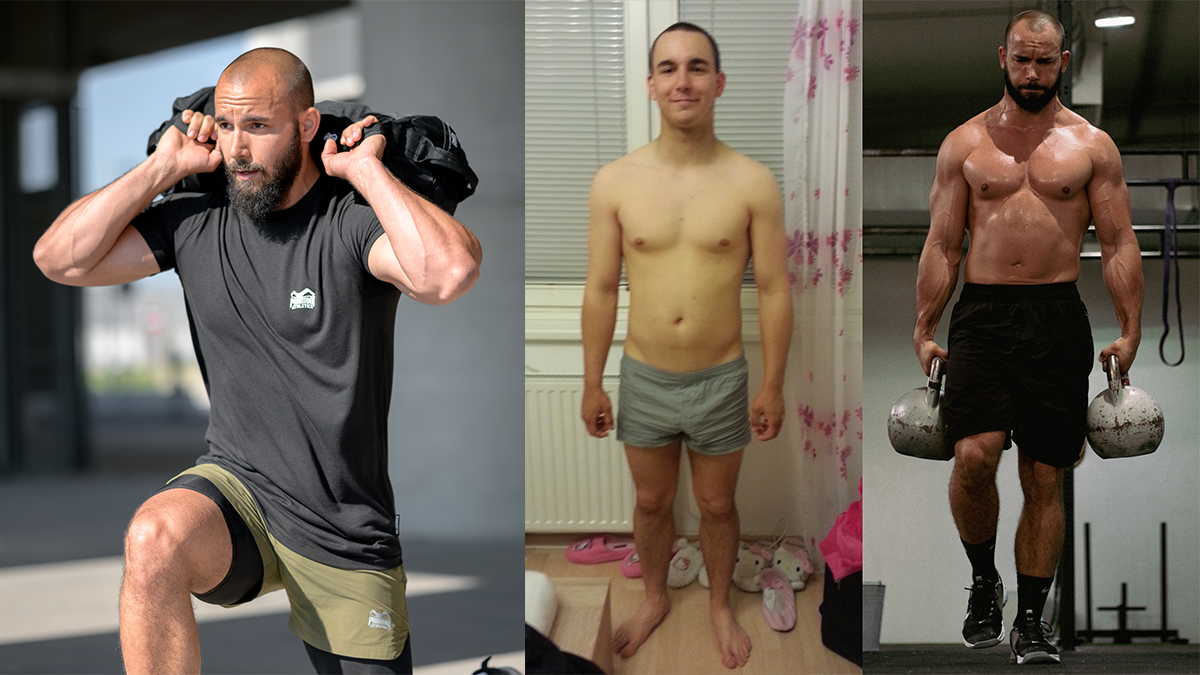 My weekends were marked by alcohol, drugs and fights.

During the week I was really busy when it came to work. But I felt an emptiness inside. I felt like I was just the silent observer of my own life. Constantly waiting for the next big event to happen in order to feel myself again.

That is what happened to me, Jürgen Toman, in my early twenties. Being born in the middle class, I was constantly watching out for recognition and attention.

Even when I had a few successes that got me some attention, I still felt empty. The emptiness could be satisfied for a few days but kept coming back again and again.

At that time, I was working in a car garage. On weekends I worked as a barkeeper in various clubs. As soon as I had some time off, I reached out for a bottle of alcohol or used drugs and ended up in a fight.

My job was often on the brink, my relationship suffered a lot and my health condition got even worse. I was literally at the end of my strength. All the work combined with alcohol and drugs has left its marks.

On a cold winter day, I once again hung out with my mates to have some fun. Our understanding of having fun, was, letting it escalate. For us, an escalation meant letting blood spill around, being arrested and letting the situation getting out of control.

That evening we ended up in a small club in Vienna where we got drunk. At that point, a conflict was still far away. It was not very late when we left the club. Right next door was another club with some doormen standing in front of the entrance.

We decided to march past them and, of course, the situation completely got out of control. Within a few seconds, the entrance area turned into a battlefield. We got into fights with the doormen. Eventually the police came to put an end to all of it. That evening some cars were damaged and people were injured.

Of course (and deserved) I got arrested that night – not the first time, but the last time! So, there I sat. Alone on the floor of my cell. I wondered how this disaster could have happened. The next morning, thank God, I was released from the prison.

My girlfriend was waiting for me in the entrance area of the police station. I could see her staring at me and tears coming down her face.

She found out what had happened when she received a call from the police. The night in the prison and my crying girlfriend made me think a lot. I did not want to continue this life anymore. That day I decided to completely change my life.

I said goodbye to those around me – the people who were not good for me. But I still felt the emptiness inside. Where to put it?

One afternoon I watched the documentary called The Fittest on Earth. Mat Fraser. A picture-perfect Hercules who can climb, run, lift weights and look damn good while doing it all. I was very fascinated by him. I wanted this life too!

Naive as I have been, I found a coach who was supposed to transform me into one of the worlds best athletes. I was pretty reckless back then. I had no idea how much patience and discipline it took to get in shape like Mat Fraser. On the other hand, my naivety also helped me, not to lose my focus.

The time had come. I had finally found something that could fill the emptiness inside of me – without any negative consequences. I completely changed my diet, lived healthier and fitter than ever and discovered my passion for CrossFit. This sport has changed my life entirely and enriched it in a very positive way.

Through the CrossFit community I finally found a place where I feel at home.

The intensive workouts let me feel my body and feelings again. That way I found a healthy way to compensate my inner emptiness. I also became very interested in planning workouts and the philosophy & science behind CrossFit. I even started my own business.

I also started sharing my transformation with the rest of the world via social media. Soon after that, I was asked why I had made my decision and if I could share my experiences with others.

Today I feel better than ever! I have the privilege of advising and supporting people on their journey and watching them feeling more and more comfortable in their own bodies.

For me, there is no greater satisfaction than seeing a client standing in front of the mirror and saying proudly: I did it!