10 Push Up Variations to Build Strength, Power and Muscle for Athletes

The push up is a timeless and classic exercise; building strength, muscle and power. These 10 push up variations will test you in many different ways. 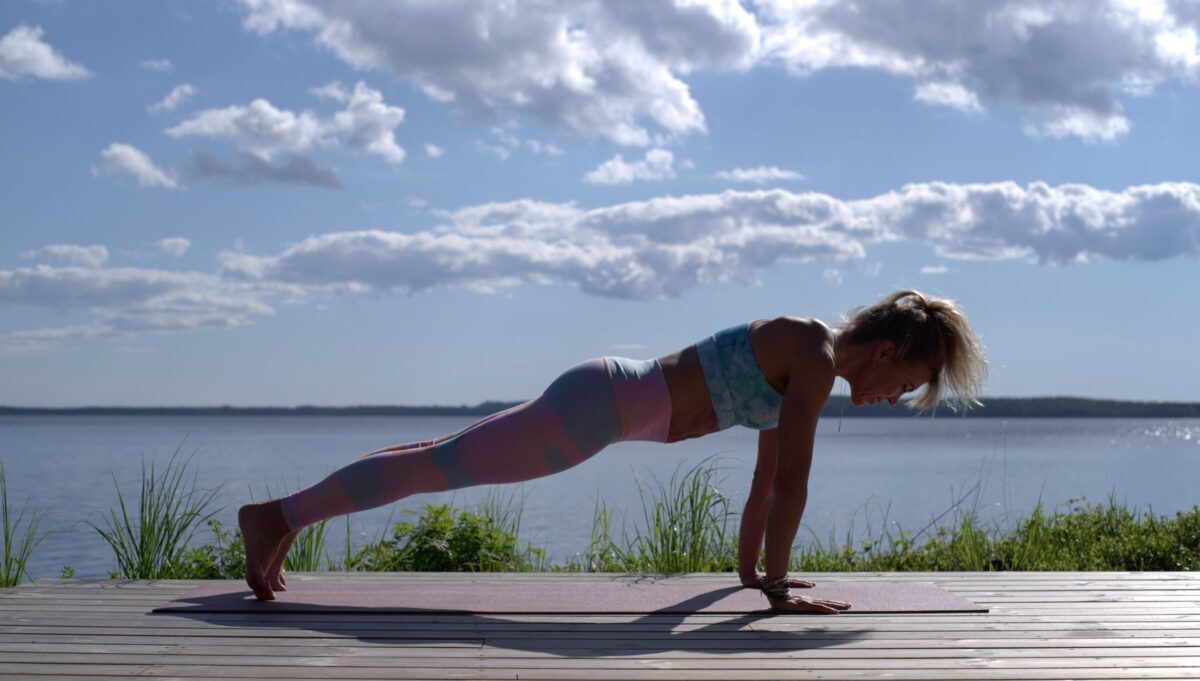 Don’t be fooled, the simple push-up is a tough exercise. While people at gyms spend lots of time on benches and other fancy equipment, push-ups may be an even more effective way to get you stronger, faster.

This exercise is far more versatile than people think. Push up variations strengthen your abs, back, legs — pretty much every muscle in your body.

How to Burn Fat

Grab one end of the band in each hand and loop it over your upper back, then perform your push up as you would usually.

These have the added benefit of increasing the load at the top as the band tightens, which increases triceps activation. Plus, the band tension as you descend forces you to control the negative portion of each rep.

The drop push up is an awesome way to teach your nervous system how to exert maximum force. They also look damn cool.

By dropping from the box onto the floor, you minimize contact time with the ground, forcing your muscles and central nervous system to react quickly, and exert a high amount of force in a very short space of time.

Just like powerlifters perform dynamic effort versions of squats, deadlifts, and bench presses to increase their speed, power, and ultimately strength on the big three, drop push ups work in a similar way.

They also act as an excellent activation exercise. Perform a set of 3 to 5 drop push ups before a heavy set of bench presses. These get your nervous system primed and your chest muscles firing, meaning you can bench press more.

As with all plyometric exercises, your focus should be on quality, not quantity, so keep the sets short, and stop the exercise when you feel you’re not moving as quickly.

Besides being a challenging core and push up exercise, this variation provides several unique benefits. First, it eliminates sagging hip syndrome because it reinforces a tall hip and hollowed core position. The amount of anti-extension is magnified due to your body continuously resisting the band pulling on the barbell.

Second, the pulling force is acting directly on the scapula and shoulder stabilizers. If you don’t fully depress and retract your shoulder blades, the bar will literally pull out and away from you, leaving you plastered to the floor.

It also teaches you to screw the elbows down and back while simultaneously using a pronated grip (a common problem for many lifters).

This can even help your bench press form. It has direct carryover due to the same gripping mechanics.

In fact, to stay locked in, you may involuntarily feel like you’re pulling the bar apart, which is a common coaching cue used by powerlifters to dial in their bench form.

Incredibly effective at improving push up mechanics, mainly because you don’t have to concern yourself with knocking your face into the ground while using the standard hand-to-floor placement.

Although the upper torso and face should stop close above the surface at the bottom of a standard push up, you’ll often see people pull the head up, sink their hips, or shorten their range of motion as a means of subconsciously avoiding any harm to their face.

6. PUSH UP VARIATIONS: SIDE TO SIDE PUSH UP

Get on all fours on the floor with your feet hip-width apart and hands shoulder-width apart. Push your hips up as high as possible so that you resemble an inverted V. Keep your back flat with your arms and legs straight but knees unlocked. You should be up on your toes. This is your starting position.

Position two equally loaded dumbbells on the ground next to each other. Ensure they are able to roll (round weights). Start in a push up position over the bars, supporting your weight on your toes and hands with your arms extended and body straight. Place the hands on the bars. This will be your starting position.

In a slow and controlled motion, move your hands away from the midline of your body, rolling the bars apart. Inhale during this portion of the motion. After moving the bars as far apart as you can, return to the starting position by pulling them back together. Exhale as you perform this movement.

The Spider-Man push up will challenge your upper body, work your core, and target the muscles on the sides of the torso.

Start in a traditional plank position, with your hands under your shoulders, and your body in one straight line. Bend your elbows out to the side to lower your torso toward the floor, bring your left knee and touch it to your left elbow. As you straighten your arms, return to plank position bringing your left foot next to your right; then repeat this move on the other side. This counts as one rep.

Raising yourself up on your fingers adds a whole new element to your push up training. In addition to involving a slew of often-neglected muscles, doing push up on your fingertips allows you to increase your range of motion by creating space to go lower.

If you don’t have the strength to do fingertip push-ups, try placing one hand flat on a slightly elevated object (kettlebell) while the opposite hand is supported on the fingertips. Remember to switch hands on alternating sets.

You’re not actually all the way on the tips of your fingers, but rather on the pads of them with your fingers spread and the tips slightly bent back. Some people’s digits will wind up bending back more than others. This is not a huge deal. Just don’t allow any part of your palm to touch the ground if you want it to be legit.

Begin at the bottom of the push up with your elbows bent and torso straight. Extend at the elbows to reach the high push up position. At the top of the movement, turn at the shoulders and reach one hand as high as possible toward the ceiling. Then reverse the motion and return under control back to the starting position. Switch between lifting your left and right arm on each rep.

How Much Cardio Should You Do to Lose Belly Fat? (Best 4 Step Plan)