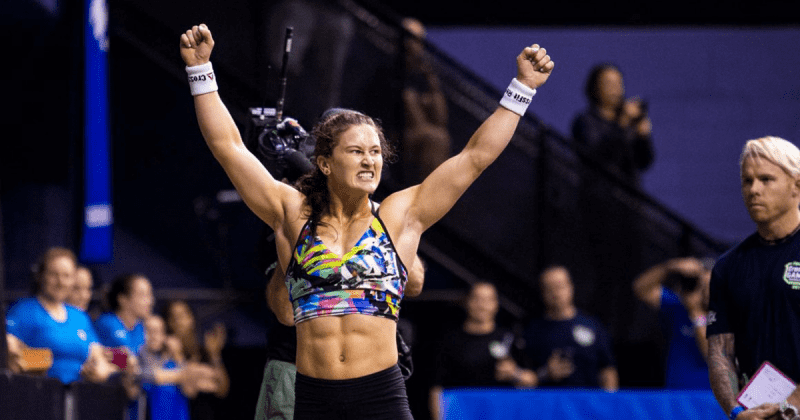 Shane Orr, husband and coach of Tia-Clair Toomey, had to clarify his comments about the CrossFit athlete going team this season, instead of competing individually.

The coach jokily took to Instagram to say that “Tia is going team”, but later backtracked his remarks.

Tia-Clair Toomey is the first female to have win Crossfit Games on four occasions (2017-2020). Currently, she is 5th on CrossFit Open leaderboard, having workout 21.1 completed in 11:21. Read more: 7 of The Best Abs Workouts from Tia-Clair Toomey

Then user @kentronnes made a simple question that started it all. “Are these athletes competing as a team? Or just training together with the intention of competing as individuals?” Shane’s comment shook the CrossFit community. BOXROX spoke to Shane Orr who replied “No truth, individual is the plan.”

CrossFitter and content creator Armen Hammer reached out to the coach for an explanation.

Simply put, Tia-Clair Toomey should not go team this year because she could miss an opportunity to break her own record by winning CrossFit Games for the fifth time.

Tia-Clair Toomey is part of CrossFit affiliate East Nashville. Although it has a good number of female elite athletes, such as Desiree Genter and Katie Gregory, it fails to have prominent male athletes.

As an example, nobody from East Nashville CrossFit affiliate managed to complete CrossFit Open 21.1 workout. The best ranked was Adam Stephens, who completed 486 reps and currently has 2594 points.