7 Exciting Moments from The First Weekend of CrossFit Regionals

THE RUSSIANS EXPLODE ONTO THE WORLDWIDE CROSSFIT SCENE

Relatively unknown athlete Roman Khrennikov demolished the competition at The Europe Regionals by earning 500 points from only 6 events. He finished the weekend in style by winning the final event in 3:42.91.

Fellow Russian Andrey Ganin will also be going to Madison this summer to represent Russia. The 34 yr old athlete is a Regionals veteran, having an exceptional ability to flick a switch and get brutal on a WOD. He won Linda, and his performance was nothing short of savage.

In the previous heat Adrian Mundwiler gave the crowd a show. He paced well, all reps were completed at the same tempo and his technique was flawless. It looked like an impossible time to beat however Ganin simply attacked the WOD like an animal. He often had to run between equipment with straight legs because his hamstrings were so destroyed from the deadlifts. He kept this pace throughout and won the workout.

He also won event 5 as well. Ganin has a strong capacity to pull phenomenal performances out of the bag, and I look forward to see him attack whatever Dave Catsro has prepared for the athletes this summer.

One of the great aspects of the changes in Regionals format is that we will see more non-american athletes at the Games, and as a result the diversity will be increased. These two are the first Russian individual competitors, and it will be exciting to watch them both throwdown at The Games.

KATRIN DOMINATES EAST REGIONALS WITH 5 EVENT WINS OUT OF 6 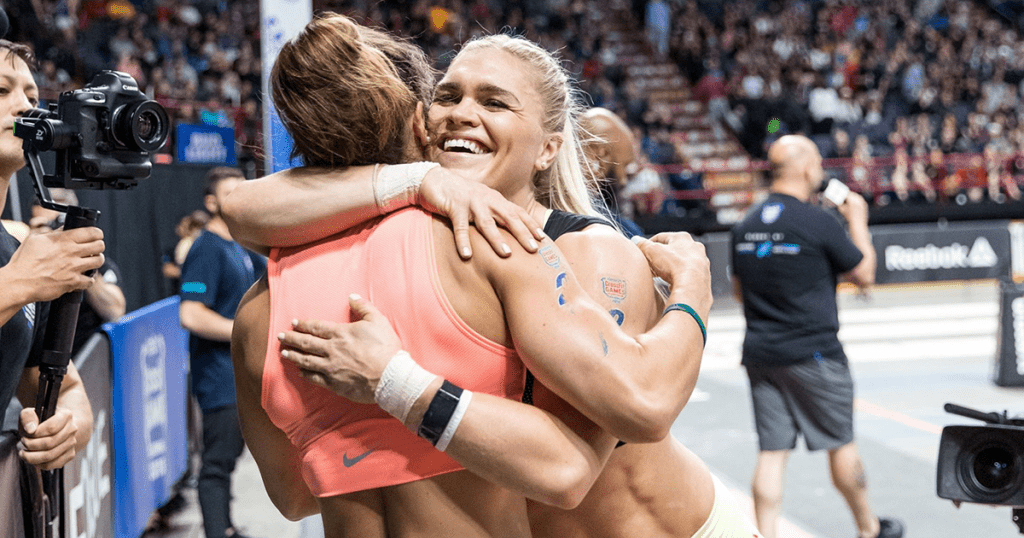 “We have put in more work & worked harder than we ever have before. Now: it’s time to COMPETE ????? So PROUD to be #BuiltByBergeron & so excited for this season that is juuuuuust getting started! See you on the comp floor in TWO days.”