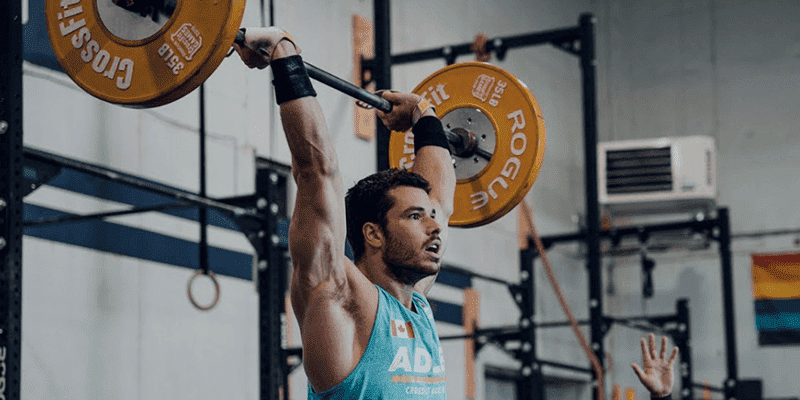 Jeffrey Adler is the only Canadian athlete competing in the men’s field of the CrossFit Games Finals.

The 26-year-old athlete made his breakthrough last year, qualifying to the CrossFit Games through the CrossFit Open and finishing in 33rd place overall, with a 5th place finish on event 1, First Cut.

He had his highest Open finish in 2020, ranking 5th worldwide and earning himself the Fittest in Canada title. Adler won his first Open event in 20.4 and had two Top 10 finishes during 20.2 and 20.3.

Co-owner of CrossFit Wonderland, Adler also shone in live competition this season, finishing 8th in a stacked field at the Dubai CrossFit Championship and standing on the podium at the CrossFit Mayhem Classic.

The 5’9” athlete is entering the CrossFit Games Finals after finishing fifth during Stage 1 of competition. He was in close contention for the final qualifying spot throughout the competition and managed a 9th place finish on the last event, edging out Chandler Smith by 2 points and Jonne Koski by 10, and earning so his place in the finals.

“Three to four weeks before stage one I felt tired and my motivation was low. It had been such a long prep with the dates being pushed back a couple of times. I actually didn’t want to push as hard in my workouts. I felt like I wouldn’t be as good as I wanted. My goal was top 15 at that moment,” Adler told the South China Morning Post. “I am therefore very happy that I could go in that dark zone during that stage one workout,” he said.

“It is mentally challenging to dig that deep,” he continued.

Adler is coached by his partner, Caroline Lambray. Together, they opened their affiliate in Montreal, Quebec, in October 2016.

This will be Adler’s second CrossFit Games, and all of Canada and fans around the world are excited to see how he performs.

Adler will be joined by Americans Mat Fraser, Noah Ohlsen, Samuel Kwant and Justin Medeiros in the fight for the tittle Fittest on Earth. Points from Stage 1 of the CrossFit Games will be reset, so athletes will start the finals on even ground.