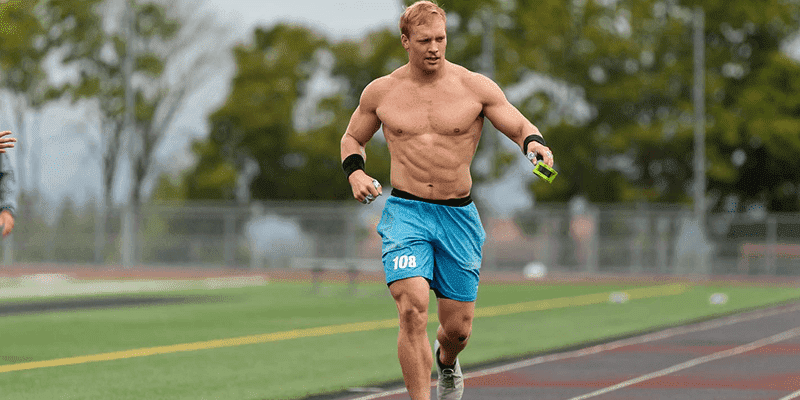 Samuel Kwant has been a Regionals Athlete since 2014 and is a three-time CrossFit Games competitor.

He has competed in the CrossFit Games every year since 2016, with exception of 2018 where he was forced to sit out due to knee surgery.

The 24-year-old athlete finished an impressive 13th place during last year’s Games, but it’s only now he’s come under the spotlight.

Kwant qualified to this year’s Games through the CrossFit Open with a 15th place and climbed onto the top of the Games leaderboard during Stage 1 with two top-three finishes: the 1,000m Row and the Handstand Hold.

He was within the top-ten in five out of the seven workouts.

“I had a little bit of a goal shift when they announced it would be online and the top five would go through,” Kwant said. “Previously, I was targeting top eight. I know that sounds weird, as it would make more sense to do top 10, but top 10 did not sound good enough after 13th last year. So I changed my goal to top five,” he told the South China Morning Post.

The former cross-country runner is married to Alyse Kwant and together they have a six-month-old baby.

A CrossFit athlete since 2011, Kwant was the youngest individual male competitor at the 2016 CrossFit Games at 20 years old. He finished 16th with four top-10 event finishes and one event win.

However the CrossFit games finals work out for him, Kwant has earnt himself at least $35,000 in prize money (plus any top event finishes) and a fair few fans around the world.

The 2020 CrossFit Games kick off on Friday October 23. Mat Fraser, Noah Ohlsen, Justin Medeiros and Jeffrey Adler, alongside Kwant, are all in contention for the Fittest on Earth title.