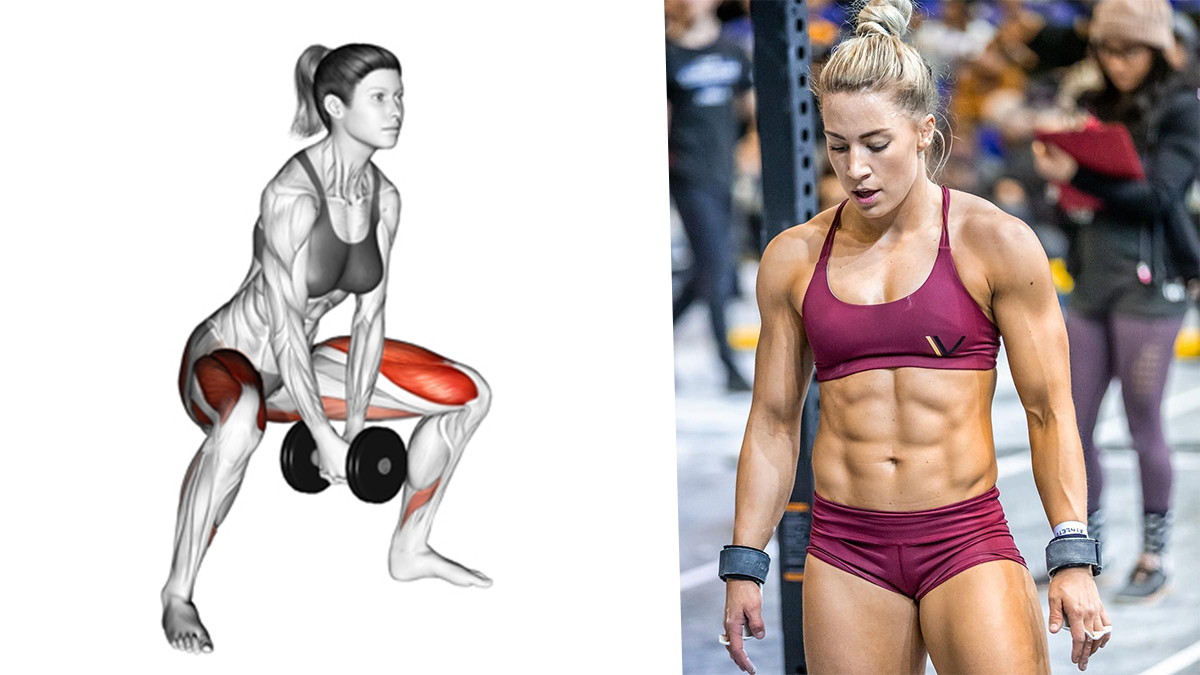 Check out the best squat variations for strength, muscle and burning fat.

They have been chosen and explained by Critical Bench.

“The squat is a widely used exercise that activates the largest, most powerful muscles in the body and may be the greatest test of lower-body strength. The major muscles involved are the quadriceps, hamstrings, gastrocnemius, and the gluteus maximus. The squat also relies on muscle activity at both the hip and ankle joints and recruits the abdominals and spinal erectors as well.”

“Squats come in all shapes and sizes, and can be used for a variety of training goals. This video breaks down the 15 Exercises and gives you some variety when it comes to getting strong legs and glutes.”

“The 15 MUST DO Squat Variation Lower Body Exercises in this video will work your thighs, butt and hip muscles, strengthen your core, and can also help to improve your posture and overall fitness, enhance weight loss and give you the best chance of living a longer, healthier life.”

“Having a strong lower body is vital for overall health as we age. Numerous studies have shown that people are able to live independently for longer and perform those tasks that make up the bulk of their daily activities better if they maintain robust strength in their lower body.”

“Take this video and use these 15 MUST-DO Squat Variation Lower Body Exercises to transform your lower body and finally get the results you’ve always wanted, STRONG & muscular legs and glutes while having a pain-free body!”

“Break these 15 moves into 3 days of leg and lower body work and then perform each of these squat variations for either 8-12 reps or 30-45 seconds based on the exercise and on your level of fitness.”

Muscles of the legs and glutes

The leg muscles are made up of numerous muscles that make up the lower body. These muscles include the glutes, hamstrings, quads, calves and hip adductors. Each muscle plays an important role in your ability to walk, stand and run.

The gluteus maximus is the largest and most superficial of the gluteal muscles. It extends from the surface of the ilium, posterior to its greater sciatic notch, to a tendinous area on the posterior surface of each thigh just below its condyles.

The tensor fasciae latae (TFL) is a muscle that originates from the inner iliac crest, lumbar fascia and anterior iliac crest. It inserts onto the IT band and by doing so, extends the hip.

The TFL lies deep to the gluteus medius, near where it attaches to the IT band on your lateral thigh.

These muscles are located in your thigh and they’re responsible for extending your knee joint. They also help to stabilize the knee joint by keeping it properly aligned during movement.

The quadriceps are used regularly throughout daily activities like walking or running (especially if you’re training for a marathon or competition).

If you have weak quads, it can lead to patellar tendonitis – an inflammation of your kneecap tendon where it attaches to your shinbone at its base. This condition often causes pain just below or above this attachment point on one side only when bending down or squatting deeply from standing position.

The iliotibial band (ITB) is a thick fibrous band of connective tissue that runs down the outside of your thigh. It connects the iliac crest at the hip to your knee and helps stabilize and support your pelvis during walking and running.

The hip adductors, also called the inner thigh muscles, are the muscles that run along the sides of your pelvis. They move your thighs toward each other as you walk and run. The main function of these muscles is to control stability in your hips, which helps prevent injury when you’re walking or running. When you are sitting down, they aid in keeping your legs together so they don’t slide apart.

The obliques are a group of muscles located at the sides of your abdomen. They help you bend and rotate your spine, as well as twist and laterally flex (or turn) your torso.

Muscles of the glutes, legs, and hips.

The muscles of the glutes, legs, and hips are some of the most important muscles in your body. These muscles can be strengthened by stretching and exercising them regularly.

The glutes are the largest muscles in the body and they play an important role in walking, running, jumping, and other forms of exercise. If you’re looking to improve your strength and posture then building up these muscles will help do so.