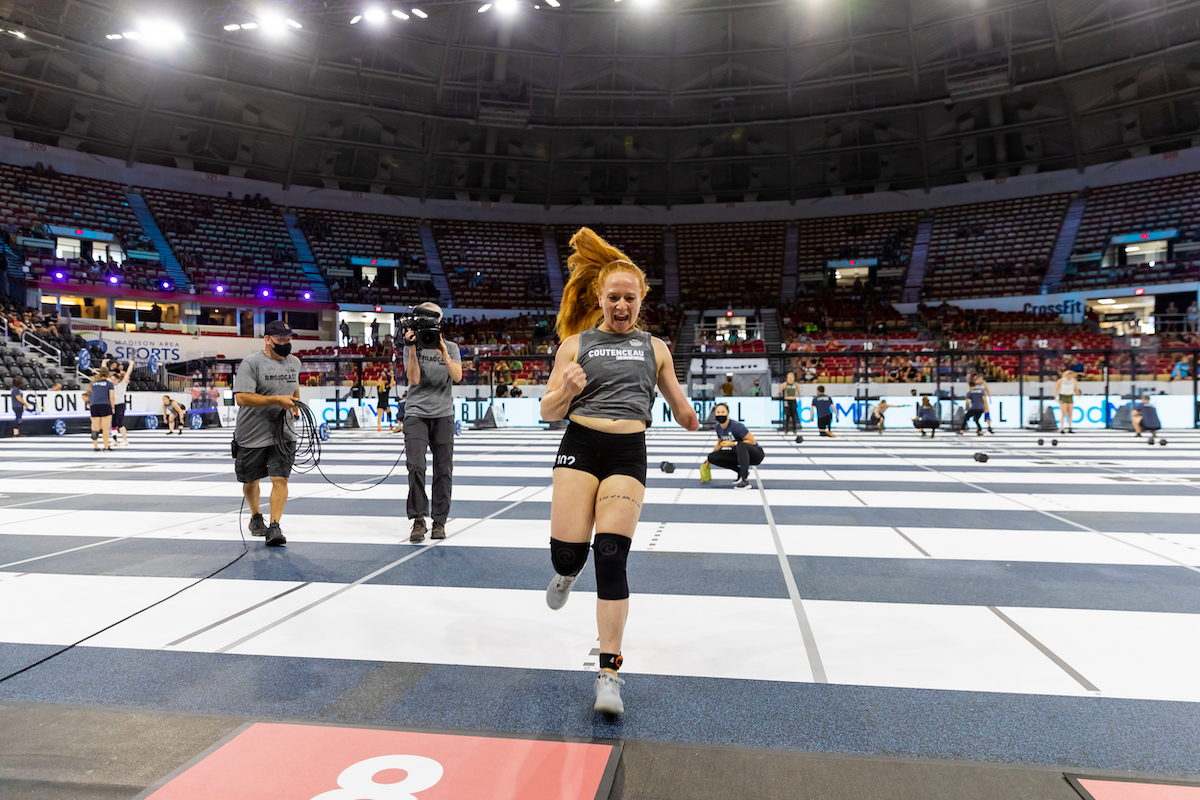 For the first time in CrossFit’s history, Adaptive divisions were officially introduced to competition last year. An inaugural 16 divisions were invited to participate in the CrossFit Open – the most inclusive to date – and adaptive athletes around the world jumped at the opportunity.

While the addition faced a couple of hiccups on its first year, it was ultimately a success, with top athletes in three divisions competing live at the 2021 CrossFit Games.

Adaptive athletes didn’t just answer CrossFit’s call to take part – nearly 1,000 athletes signed up to the CrossFit Open – but proved they enrich the competition and deserve the same opportunities afforded to everyone else.

This year, CrossFit will not only keep all divisions but has expanded their competing opportunities, cleared up the inclusion criteria, and improved additional details on eligibility and groupings.

These are the major takeaways from CrossFit’s 2022 Adaptive Athlete Policy.

All adaptive athletes training CrossFit are encouraged to take part in the CrossFit Open. New for this year is a second stage of competition for the top athletes in each division has been introduced.

It will serve as a qualification round for the CrossFit Games for three divisions and the test to crown the Fittest on Earth for the remaining five.

You can find the full 2022 CrossFit Adaptive Athlete Policy here.

To be able to compete in any of these categories, athletes have to prove a permanent impairment, have significant functional limitation(s), and meet the minimum impairment criteria.

People temporarily injured should not sign up as Adaptive athletes, as they don’t meet the inclusion criteria.

After the CrossFit Open, the top 20 athletes in each Adaptive division will be invited to compete in a second stage.

This stage will serve as a Semifinal and CrossFit Games qualificator round for the Neuromuscular, Lower Extremity, and Upper Extremity divisions. The top 5 athletes in each of these divisions will then, once again, be invited to compete live at the 2022 CrossFit Games.

This second stage of competition will run from Thursday, June 2 through Sunday, June 5, 2022.

Note: there is a chance for this divisions to expand and be included in the CrossFit Games too if enough interest is shown.

Acting on last season’s lessons learnt, CrossFit has clearly defined the eligibility metrics athletes need to meet to be able to participate in the Adaptive divisions.

The minimum-impairment criteria for most divisions  has been “adjusted to include specific, objective measurements indicating degrees of limb deficiency, range of movement, muscle power, and more,” CrossFit wrote.

Eligible impairments for competition in the adaptive divisions include the following:

People eligible for multiple divisions should choose the one that best represents their ability, so they compete amongst athletes with similar impairments and the competition remains fair.

Sport classes were included under every division to assist with classification registration and data collection. CrossFit has now removed these to simplify the registration process.

The 2022 CrossFit Open kicks off on February 24 and will run for three weeks. Registration for the global competition started today. Find out more about the CrossFit Open here.

All adaptive athletes are subject to CrossFit’s Rulebook and Drug Testing policy.

To participate in the CrossFit Open, athletes must be at least 14 years old as of July 14, 2022 and any athlete under the age of 18 must provide further parental consent. There are no age-group categories for the adaptive divisions.

Adaptive athletes are able to request personal movement standards modifications for all CrossFit Open workouts based on their impairment.

Find out more: What The New CrossFit Rulebook Means for Master, Teen, And Adaptive Athletes