CrossFit cuts by half the minimum number of athletes competing from North America and Europe. 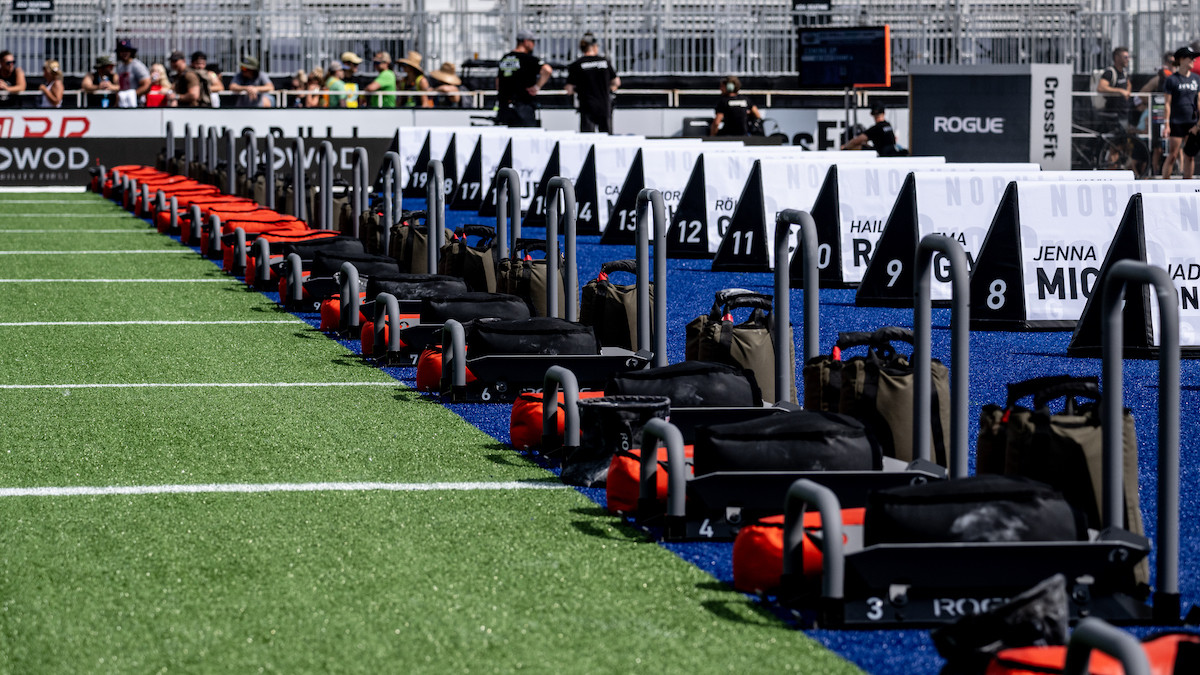 CrossFit has announced a new worldwide ranking system (strength-of-field calculation) in which it determines how many athletes from different regions in the world will be competing at the CrossFit Games beginning in 2023. At first glance, the minimum number of qualifying spots for North America and Europe has been slashed by half.

The announcement from CrossFit HQ was made in yesterday’s edition of The Hopper. According to the organisation, “highly competitive regions will be awarded more qualifying spots for the Games based on the rankings of the qualifying athletes after Quarterfinals.

We do not know as of yet the entire explanation of how this new worldwide ranking system works – CrossFit promised to release full details “before the start of the Open” which is February 16. This is what we do know so far.

The CrossFit season in the past two years was fairly straightforward. Athletes compete at the Open, top athletes move to the Quarterfinals, then Semifinals, and the top contenders would move on to the Games. We used to have the Last-Chance Qualifier as well, but that has been dropped.

The path continues the same, however, the number of athletes who will be qualifying from a particular Semifinal is no longer set in stone.

How it used to be

Qualifying spots from Semifinals – how it used to be:

In 2021 and 2022 the last four remaining spots for individual athletes (2 men and 2 women) were decided at the Last-Chance Qualifier, totalling 40 athletes in each category.

How it will be

Now with the drastic changes from CrossFit for the 2023 season and beyond the numbers will look much different. For starters, there will only be 2 Semifinals in North America and 1 in Europe.

Qualifying spots from Semifinals – how it will be:

This leaves 17 qualifying spots up for grabs which will be determined by the new worldwide ranking created by CrossFit HQ.

This is not set in stone, however. As mentioned earlier, the strength-of-field calculation will be put in place for this new worldwide ranking system from CrossFit Inc. to determine how many athletes from which region will go through to the 2023 CrossFit Games.

This new system is designed to give more opportunities to regions considered tougher than others. For example, BOXROX did a ranking of which Semifinal had the fittest athletes after the conclusion of Quarterfinals.

Utilising a power ranking system, taking into consideration solely the Quarterfinal worldwide placement, we figured that some Semifinals were “tougher” than others. This year, we concluded that for men, the hardest playing field was in North America, namely the Syndicate Crown and MACC, while for women both European Semifinals were the toughest. Read more about it here.

It turns out CrossFit will be doing something similar to that effect to give more qualifying spots for other regions instead of a set number to North America and Europe.

According to the announcement yesterday, athletes will earn points based on their performance during the CrossFit season in the past two years. It will be taken into consideration an athlete’s placement a the Open, Quarterfinals, Semifinals and Games to calculate his or her ranking. “Placing higher in these stages and advancing further in the season will earn them more points,” the statement reads.