How to get Bigger Arms Faster (4 Best Science Based Tips) 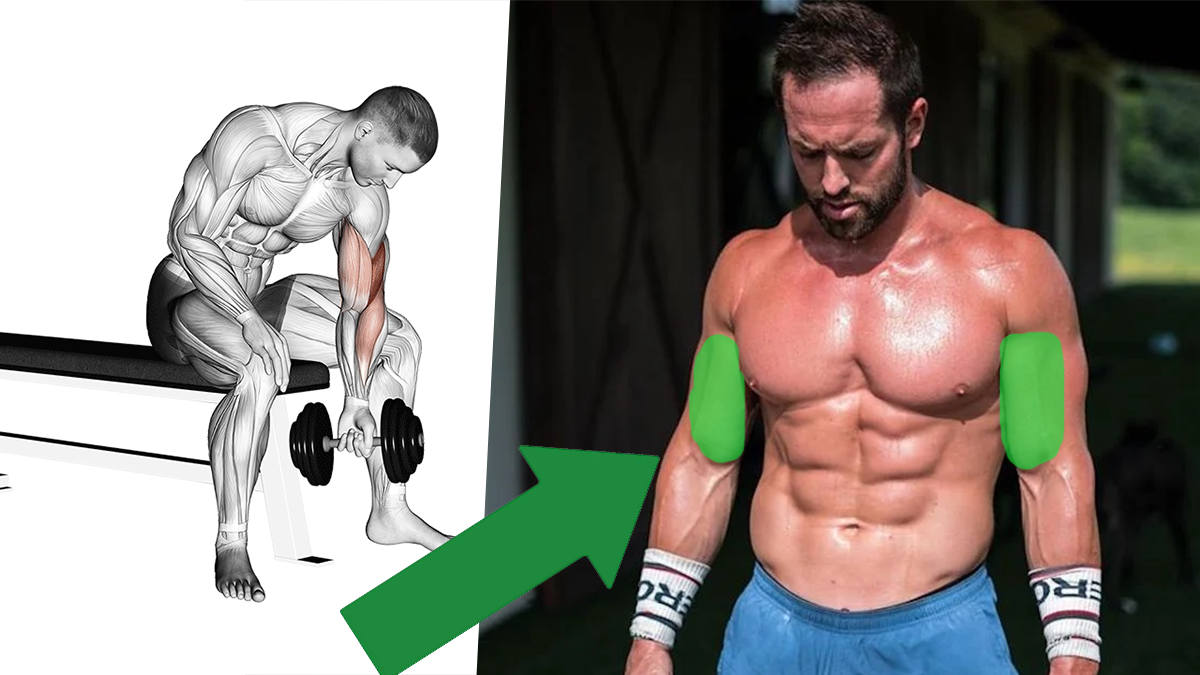 Use these 4 science-based tips to learn how to get bigger arms faster.

They have been chosen and explained by Jeremy Ethier.

How to get Bigger Arms Faster

“One of the most frequent questions I get asked is “how to get bigger arms”. This is an important question since big arms (big biceps and big triceps) can dramatically improve your physique. However, at the same time, most people don’t realize that building bigger arms is no easy feat and is a much slower process than most people perceive it to be. Even if you choose all the right arm exercises and do all the right arm workouts, growing bigger arms can often seem painfully slow. However, if you’re serious about getting bigger arms, then luckily there are a few arm exercise strategies that research indicates are able to considerably speed up the process.”

How to get Bigger Arms Faster – Ensure You Do Enough Volume

“The first thing you’ll want to do is ensure you’re doing enough volume and enough arm exercises in general. Research has indicated that increase the volume dedicated to your arms can speed up growth. This can be easily done by adding an extra arm exercise to your routine or adding an extra set to your arm training every week, and gradually building up to 20+ weekly sets for the arms. This includes indirect work from compound movements. Then, once progress stagnates, reduce the volume of your biceps and triceps exercises for a while before repeating the process.”

How to get Bigger Arms Faster – Prioritise Arm Development

How to get Bigger Arms Faster – Progress Your Isolation Exercises

“Lastly, in order to best apply the previous tip, you’ll want to avoid switching up your arm exercises too frequently. This way you’ll be able to better track your progress with them overtime and get stronger with them week after week. Only once your progress plateaus or you get bored/demotivated of the same exercises should you consider switching it up.”

“As I say quite often, if you want to see the best results then it’s vital that you choose the right exercises and variations. But, even more importantly is that you implement and progress them correctly within your routine.”

Video – How to get Bigger Arms Faster

Learn More – How to get Bigger Arms Faster

Arm Muscles – How to get Bigger Arms Faster

Arm muscles are a complex network of muscle groups that work together to allow you to do everything from riding a bike to throwing a football. The biceps and triceps are the two most well-known arm muscles, but there’s also more than meets the eye when it comes to this important body part.

In fact, there are seven different arm muscles that play a vital role in keeping your arms strong and healthy for everyday activities like lifting groceries and doing other tasks around the house. Here is an overview of each one:

The triceps brachii is a muscle located on the back of your arm. It consists of three heads that make up three different muscles: the lateral head, long head and medial head.

These muscles are attached to your upper arm bone (humerus) by way of long tendons, which form a large tendon at the elbow joint.

The lateral head originates from the top half of your humerus; it inserts into your shoulder blade at its upper end and into part of your forearm at its lower end. The long head originates from both sides of the distal half of your humerus; it inserts into part of your shoulder blade and into most bones in the palm side of your forearm except for those belonging to thumb-side fingers.

Forearm Muscles – How to get Bigger Arms Faster

These muscles are responsible for bending your wrist. There are multiple forearm muscle groups that make up this category, including the flexor carpi radialis and palmaris longus. These muscles connect to the radius and ulna in your forearm and run down along either side of your wrist, so they’re also called “palmar” flexors. They help you hold onto objects or lift something using your arms and hands.

These muscles extend the wrist joint by straightening out the hand after bending it back toward you at a right angle (think: “handshake”). You may have heard them referred to as “dorsal” extensors because they run along each side of your forearm from above—or dorsally—to below—or plantarly—your hand. They include four tendons: extensor carpi radialis longus (ECRL), extensor digitorum communis (EDC), extensor pollicus longus (EPL) and extensor pollicus brevis

Shoulder Muscles – How to get Bigger Arms Faster

The shoulder muscles are responsible for moving the shoulder joint, which is the point at which your arm connects to your torso. The shoulder is one of two joints in your body that allows for motion in all directions (the other being the hip).

The deltoids are a group of three muscles that sit on top of your shoulders. They connect to the scapula—that’s what we call our shoulder blades—and help rotate and abduct (move away) from it. If you raise one arm above your head while lifting weights at the gym, this is what you’re doing with your deltoids.

The trapezius muscle is a large triangular muscle that covers all three parts of your upper back: its lower portion attaches to each vertebrae in your spine; its middle portion attaches between the bottom of one clavicle bone and top part of other; its highest portion attaches along spine from neck through mid-back region just below where collarbones meet sternum bone/breastbone. This muscle also acts like human billboard advertising brand name clothing companies by making them visible in any pose where shoulders are raised up high.

They also aid in creating tension around waistline to prevent sagging effect caused by gravity pulling downward force applied against skin surface area surrounding waistline due to lack of support from internal organs contained within the abdominal cavity.

Conclusion – How to get Bigger Arms Faster

The arm muscles are important for everyday life and sports. They can be used in a variety of ways, from lifting heavy objects to playing sports like baseball or football.

Knowing how many muscles are in each arm is important because it helps us understand what happens when we injure them or if the pain persists after exercising too much.