If You Miss A Rep, You’re Done – No Room for Error During Event 7 Of 2020 The CrossFit Games 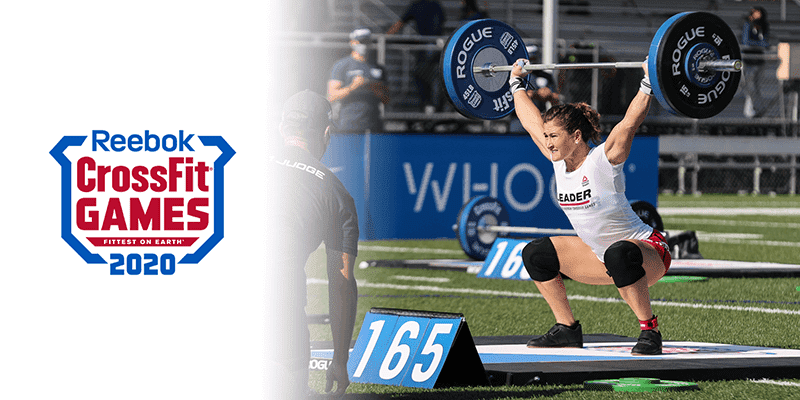 After a quick event 6, athletes moved on to the Snatch Speed Triple, which was even quicker.

Athletes faced three progressively heavier barbells, which they had to snatch as fast as possible. The last athlete to cross the finish line was eliminated round by round, until there were only three athletes left.

The rounds were incredibly close, with barely a breath’s time between them crossing the finish line.

The speed ladder was ridiculously fast on round one, where Haley Adams struggled with the third and last bar and was eliminated. Athletes then had two minutes to rest before heading into the next round.

The speed didn’t decrease for round two, and Tia Toomey crossed the finish line first again. This time, it was Kari Pearce who failed her last rep and was eliminated.

While the third round was slightly slower than the first two, it was still impressive. Toomey won all three rounds and earnt her fifth event victory for the weekend.

Davidsdottir struggled with the last bar, but after a deep breath and a determined look she got under it and secured her third place for the event. Brooke Wells finished second.

The men missed more reps than the women during this event, but their lifts were just as impressive.

Noah Ohlsen and Justin Medeiros missed their last lift on round 1, but ultimately it was Noah who was faster on the re-try and Medeiros who got eliminated.

Fraser was just a tenth of a second ahead of Adler on round 1, but he dominated round 2, crossing the line over twice as fast as the rest of the men.

Adler missed the last lift a second time in a row, but so did Kwant and Ohlsen, building up the tension.

The final round started with a 265lb bar for the men. Fraser dropped the last bar for the first time in the event on the last rep, which opened a window for Adler to step ahead. Yet Adler missed the last lift too and Fraser got his second attempt, securing with it the event win.

He was followed by Adler, who finished second and Kwant, in third place.

Four consecutive wins for Mat Fraser after this event. He now leads the competition with six wins out of seven.

All 5 athletes will begin the first round, performing 1 snatch at each of the three progressively heavier barbells. After each round, the slowest athlete will be eliminated, while the remaining athletes will rest 2 minutes before beginning the next round.

There’s two events to go for Day 2 still – come back to BOXROX for the latest coverage.

Watch the 2020 CrossFit Games in your time zone